You could be mistaken for thinking that Wolfenstein: Youngblood was developed by a studio besides MachineGames, and you’d be partially right. The game was co-developed by the latter and Arkane Studios, known for the Dishonored series, in a bid to inject some fresh blood into the latest entry in the series. As a result, Youngblood is a lot different from its modern predecessors. For starters, the series protagonist, BJ Blazkowicz, has been replaced by his twin daughters, who are both on a mission to find and rescue him and liberate the regime-occupied Paris in the fictional 1980s.

It’s a coop game through and through. As such, a few new mechanics have been added to the mix to test the cooperative synergy between both players. At the same time, certain aspects of its predecessors have been excluded from Youngblood. Storytelling and linearity have taken a backseat to accommodate a more open-ended sandbox-style experience. There are hardly any cut scenes, and the main missions aren’t story-driven in nature. Once the opening mission is complete, you’re placed in the base of the Paris Resistance. From here onwards, you’ll be sent to various districts of the French capital. You’re free to pursue missions available in each of the districts in no particular order. It’s here that Arkane Studios’ influence on the game’s design philosophy becomes evident. 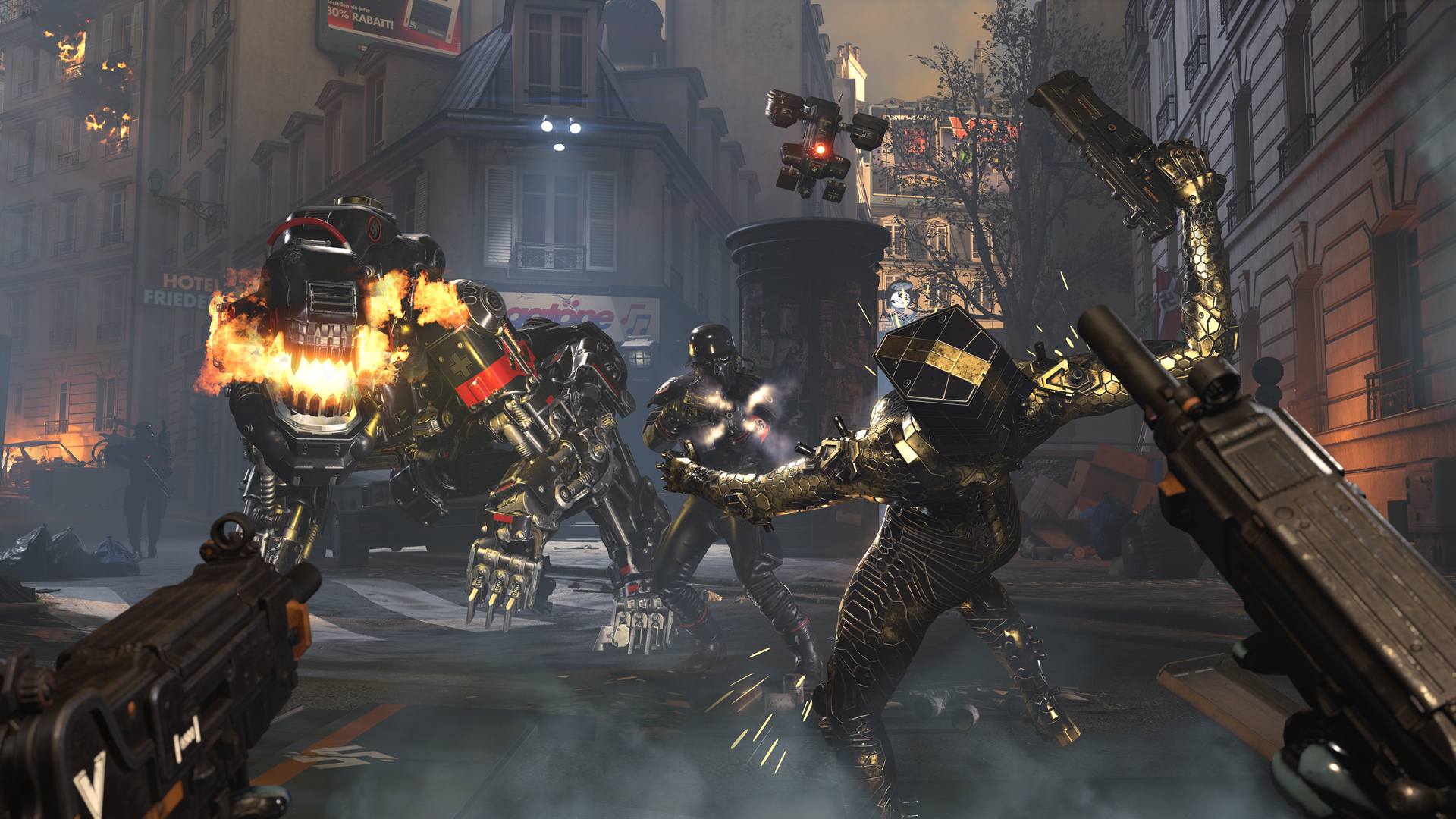 You can either choose to team up with random players via matchmaking or invite someone from your PS4 friends list. It’s a drop-in/drop-out invite system that works as intended, outside of having to deal with the dodgy companion AI while you wait for a player to get dropped into your session and take over the other sister. Watching your AI companion stand idle as you single-handedly attempt to take out waves of enemies clearly designed to be dealt with in coop or the AI failing to revive you during a crucial moment can lead to frustration. It’s clear that the studio envisioned this as a coop game, and the option to play solo is more of an afterthought. Even more, telling is the inclusion of a buddy pass in the deluxe edition, which lets you invite friends who don’t own a copy of the game. 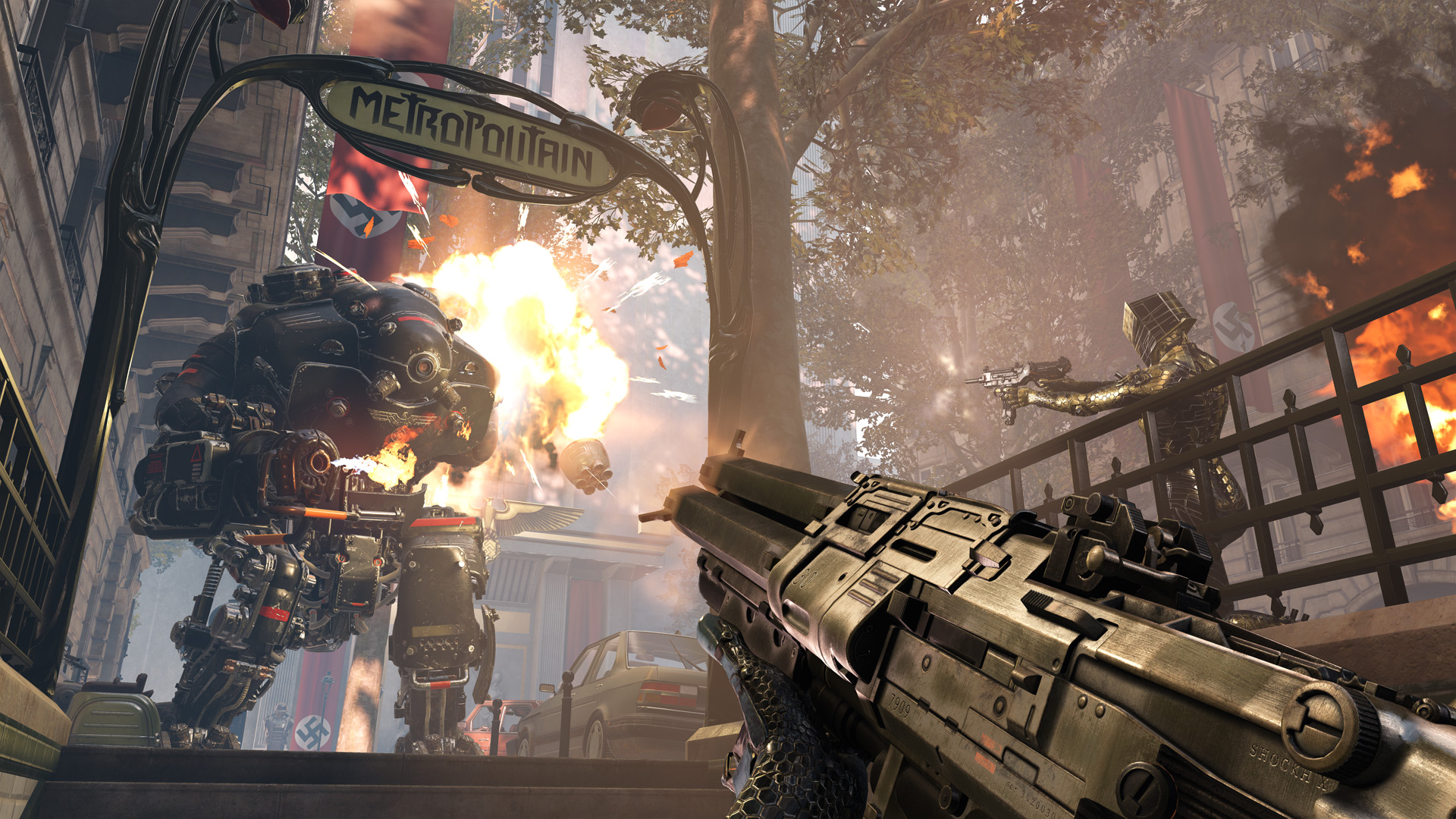 Wolfenstein: Youngblood also features a progression system. As you level up by taking out enemies and completing missions in each district, you gain skill points to spend in skill trees of three different categories. You’ll have the option to unlock both active and passive abilities or enhance the stats of your combat suit.

Similarly, your enemies are assigned a specific level. It’s best to avoid areas and missions that have enemies of a significantly higher level on patrol for the time being and focus on easier missions in order to level up. This does lead to a grind, where you’ll find yourself doing mundane side missions in order to gain an appropriate level to tackle some of the game’s higher-level missions, such as the raid missions. There are also daily and weekly challenges to try out. This is where the game echoes traits of loot shooters such as Destiny and The Division. 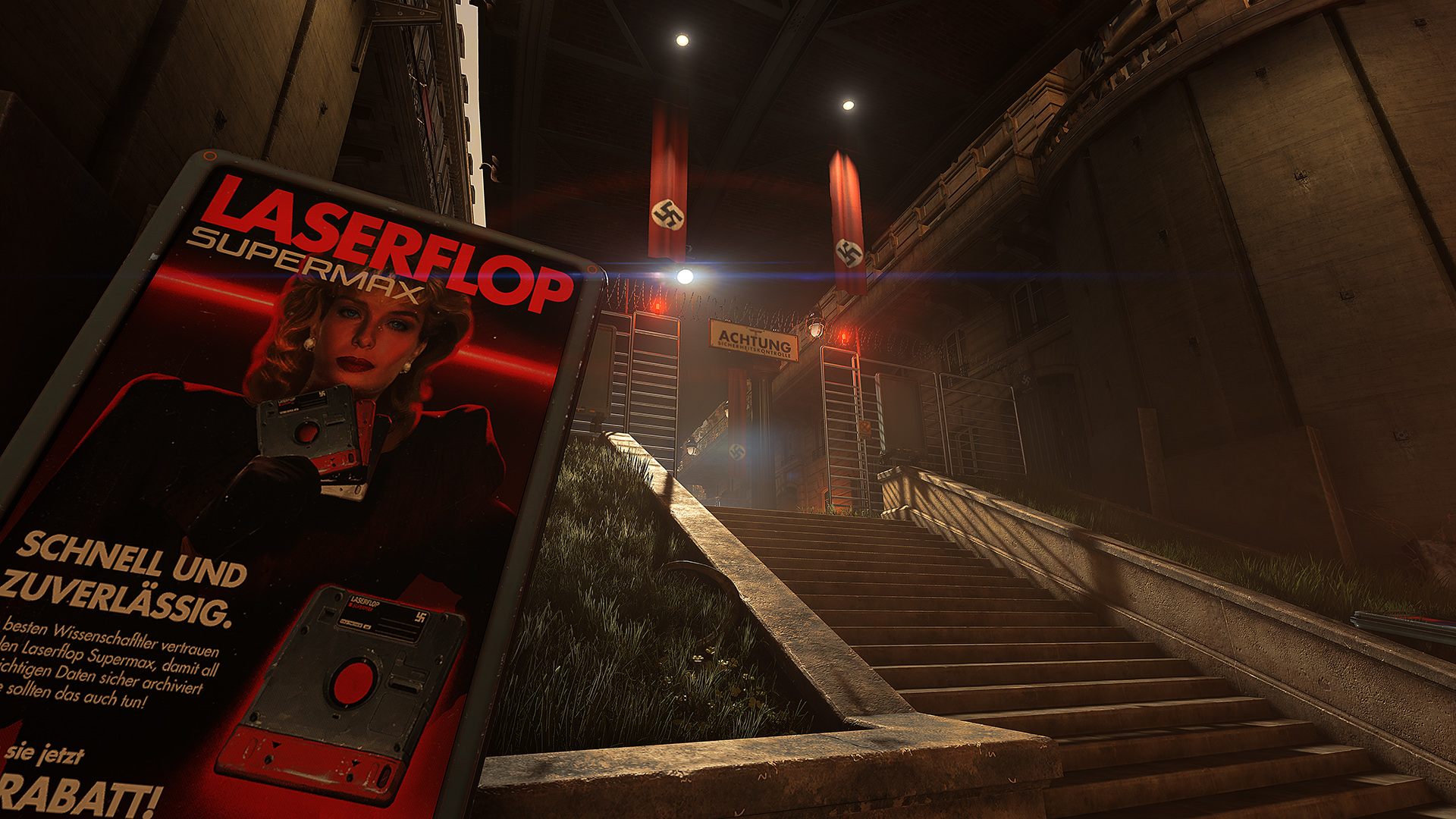 Much like in the aforementioned games, Wolfenstein: Youngblood also scales the difficulty in order to accommodate higher level players who wish to pair up with players that haven’t made it far in the progression system by taking an average of their individual levels. It’s a welcome feature, especially given the far greater emphasis on playing in coop.

You get to unlock a varied set of skills, and the combat becomes more enjoyable because of them. You’ll get the suit cloak early on in the game as well as some silent projectiles to throw at enemies from a distance. Arkane Studios’ influence is once again apparent here. While stealth is an option in Youngblood, it’s not always a viable alternative to gunplay. You’ll find it useful for quietly taking out weaker enemies, but more powerful foes will have to be gunned down. While it’s appreciable that the studio chose to keep the focus on what Wolfenstein is essentially known for i.e. the shooting, some more in-depth stealth options, such as the ability to drag and hide bodies would’ve been nice. 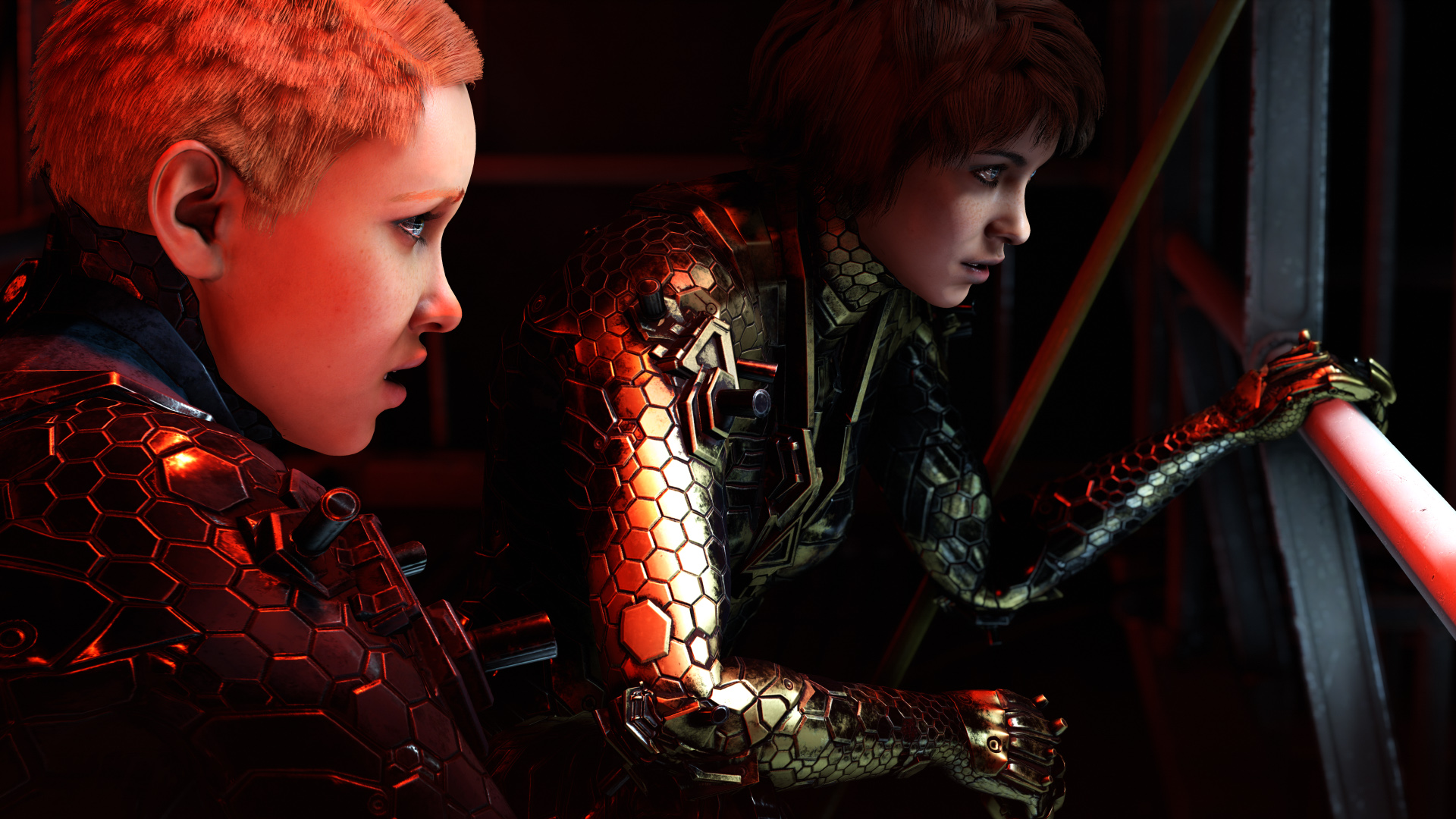 The number of lives at your disposal per level – essentially the number of times you can revive yourself without the intervention of your teammate – is shared between both players. In order to preserve your life bars, you’ll need to revive your downed teammate before their health depletes. Should you run out of life bars, you reload from the beginning of the mission, as there are no checkpoints. This can get a little tedious, especially on some of the lengthier and challenging missions.

As far as the gunplay and weapons are concerned, Wolfenstein: Youngblood doesn’t disappoint. Weapon handling is great and is accompanied by equally great audiovisual feedback for weapon fire. There’s a decent amount of weapon and enemy variety, and encounters generally encourage teamwork. Armored enemies, including bosses, are largely bullet sponges with vulnerable areas. Defeating them requires a fair bit of teamwork, as one player distracts the enemy, while the other deals it damage. 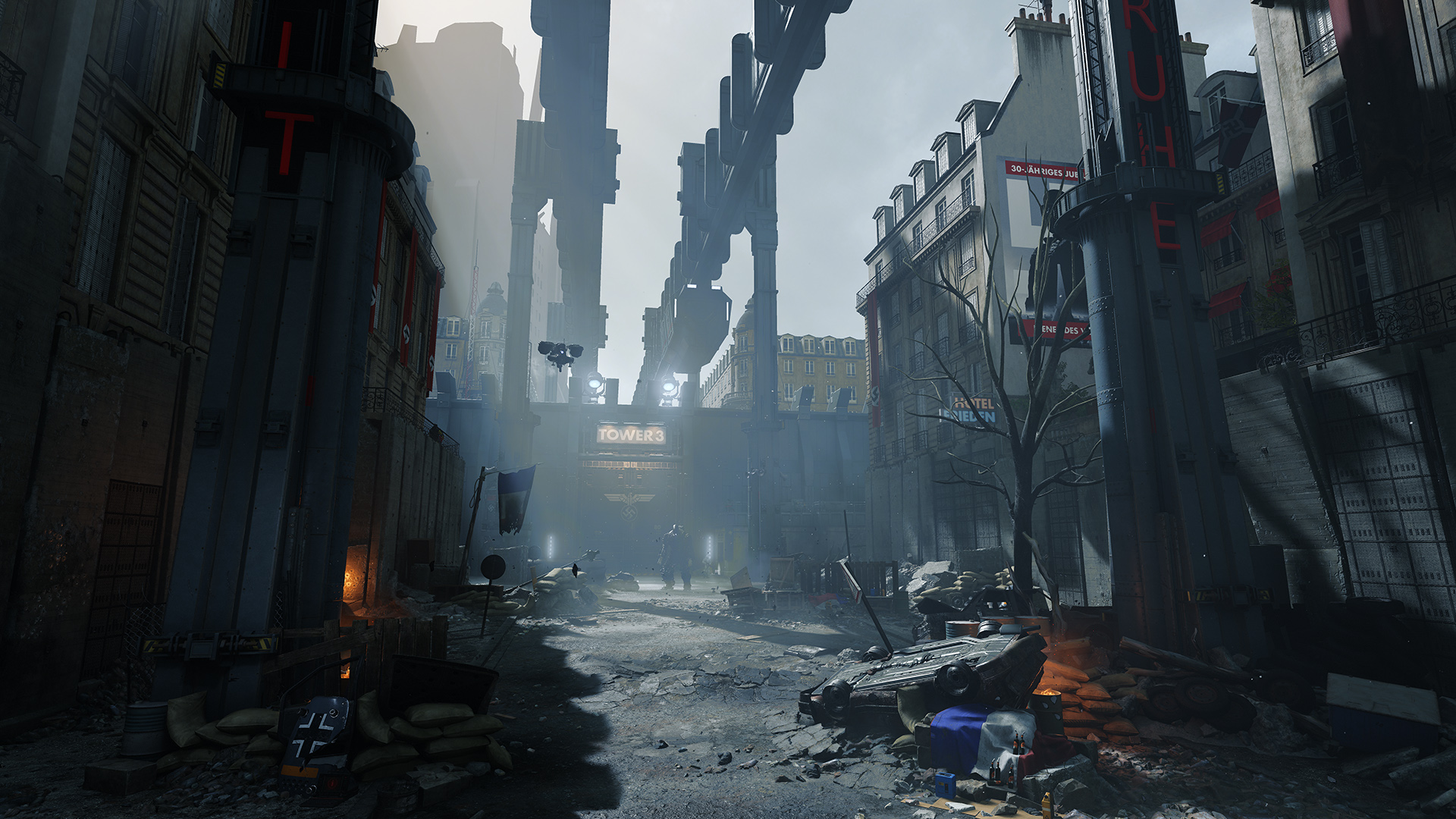 For the budget price of $30, Wolfenstein: Youngblood is packed with a decent amount of content, marred by a few mundane design decisions. While it lacks the tight pacing and story-driven legacy of the previous entries in the series, it works well as a cooperative experience and can lead to some genuinely satisfying moments. As a result, it’s not for everyone – fans of loot shooters will find themselves right at home with Youngblood, while fans of its predecessors may want to sit this one out.

For the budget price of $30, Wolfenstein: Youngblood is packed with a decent amount of content, marred by a few mundane design decisions.