Microsoft is bringing a whole host of new games for Xbox Game Pass subscribers in addition to Outriders, and the debut of Octopath Traveler.

Outriders was one of the games that was heavily teased for the Xbox Game Pass before it was confirmed yesterday. In addition to this, Undertale was also confirmed to arrive on the service later today and now we have a whole host of new games to confirm that will be added to the service later in March.

First up is Undertale which is out today on Game Pass for PC and Consoles. It will be followed by  Empire of the Sin and Nier Automata for PC. You can have a look at the complete list of games below. 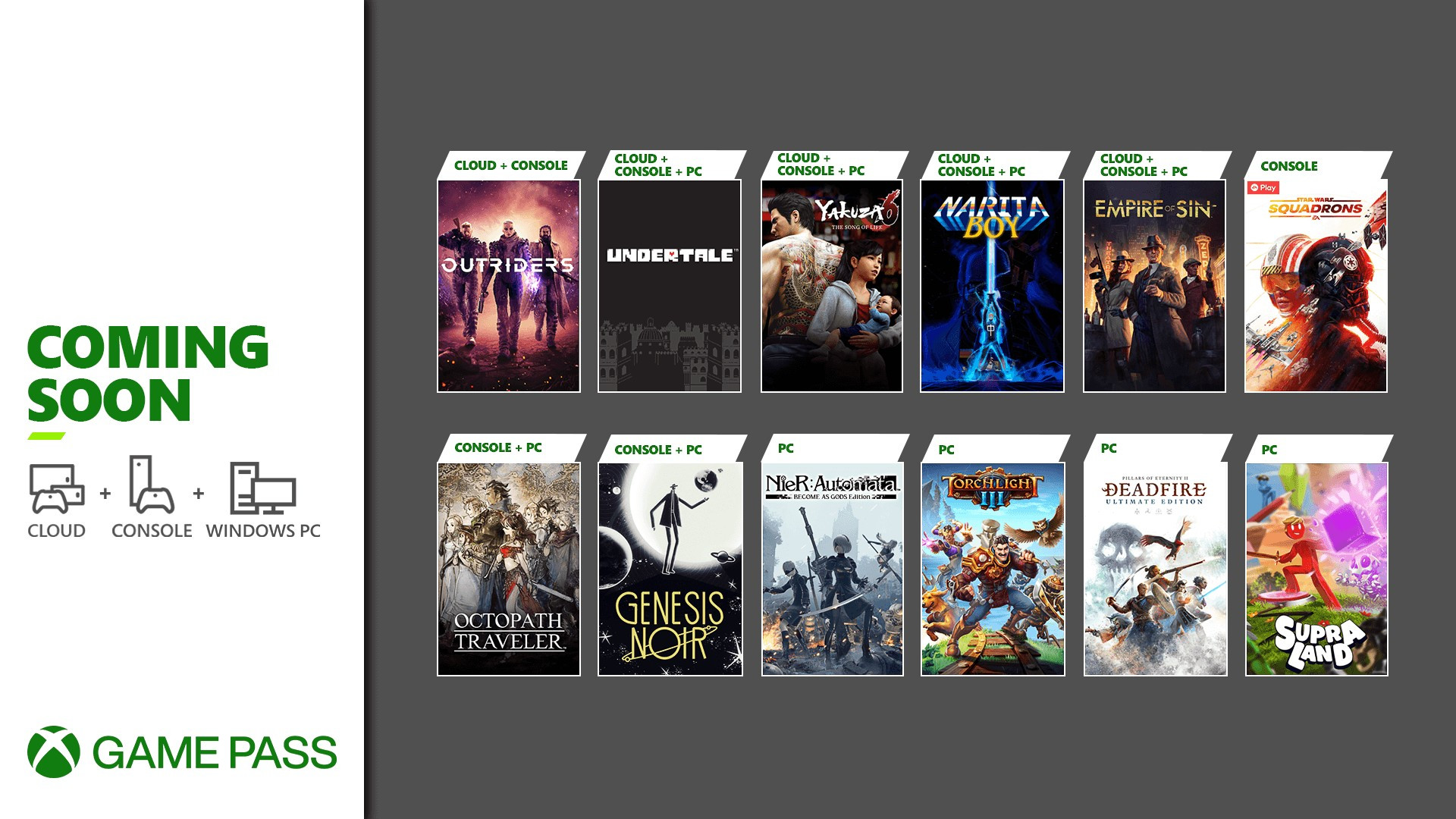 Xbox Game Pass Ultimate bundle includes both the PC and Xbox versions of the service and also offers Xbox Live Gold which is required to play online multiplayer on the console.