Xbox Series X Internals Shown, Video Reveals How Easy It Is To Clean

Xbox Series X will be out on November 10. The internal design of the final retail console was recently seen in a video by a Brazilian YouTuber.

It was initially speculated that the YouTuber, DetonandoGueek, bought the console early, but he later confirmed in a tweet that he was allowed to show the internals of the Series X by Xbox Brazil.

Read More: Yakuza: Like a Dragon Day One Update and File Size Revealed

Microsoft had opted for a stack-based design with a tower casing for the XSX. The YouTuber shared a video detailing all aspects of the Xbox Series X internals which you can view below.

He also takes out the fan from the console to show how it is easy to clean it. The fan can be removed from the back by opening the casing. All of the hardware inside the console is neatly stacked inside and can be taken out with ease. 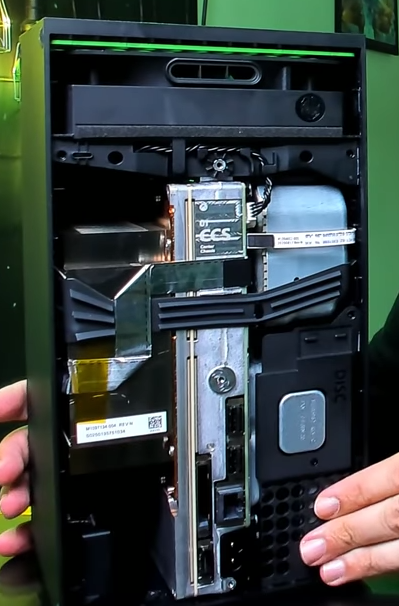 The cooling fan is placed all the way at the top which can be removed from the console and then cleaned if required. It also helps the console to stay quiet as per the early impressions, however, some of the overheating reports were overblown as it was later proved that the console doesn’t really get that hot.

Microsoft will officially release the console on November 10. There are two versions of the Series consoles with the Series S coming in cheaper at $299 and the Series X coming in at $499.

Previous Article
Onimusha 3 SteamDB Update Rekindles Hope of a Remaster
Next Article
Bright Memory Infinite Gets Gorgeous New Screenshots, On Track For a Release In 2021