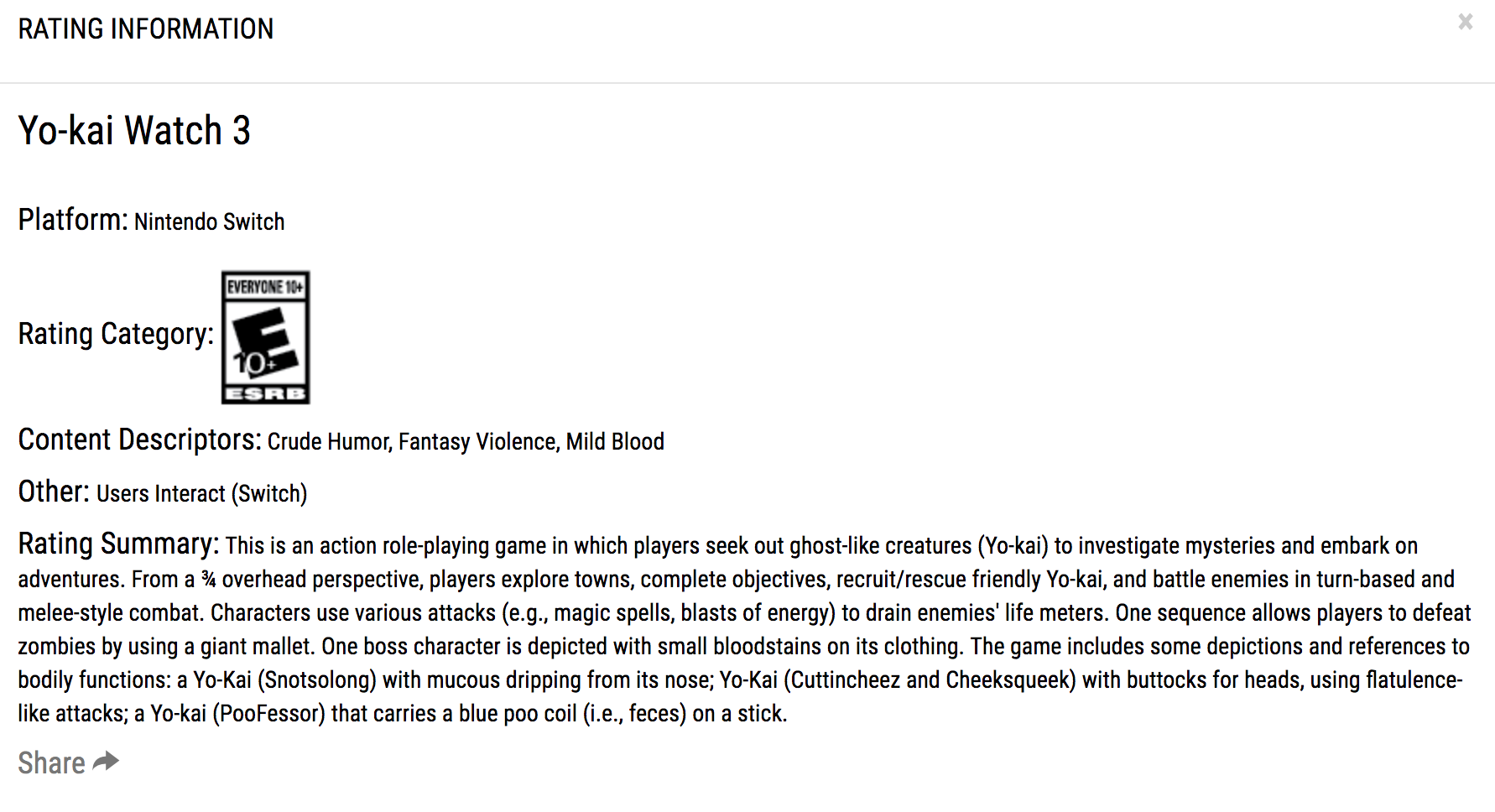 All of the previous Yo-kai Watch games have been rated for the Nintendo 3DS but since this one only listed the Nintendo Switch, it is possibly a mistake from ESRB. Even then, they are a good source of leaks when it comes to getting game announcements out early.

They leaked Catherine port for PC earlier than any other sources by rating it for PC even if there was no PC version available at that time, or any announcement to go with it. The only issue this time is the lack of a Nintendo 3DS version mentioned in the rating description, which makes it feel more like a human error than an actual leak.

Yo-kai Watch 3 is available now for the Nintendo 3DS and was released on February 8th, 2019.

Previous Article
Resident Evil 2: How To Download and Unlock Classic ’98’ Costumes For Leon and Claire
Next Article
Detective Pikachu Second Trailer Is Both Hilarious and Horrifying