Ubisoft has announced a new Assassin’s Creed collection for Nintendo Switch. This one bundles AC 4: Black Flag and AC Rogue in one package.

Nintendo Switch owners can currently enjoy AC 3 and AC Liberation which is a part of a bundle that was released earlier this year. This is now being followed by a new Assassin’s Creed bundle called The Rebel Collection. This one includes AC 4, AC Rogue, Freedom Cry and all of the DLC that has been released for the game.

This collection was leaked earlier through a retail listing. It was officially confirmed in the Nintendo Direct that took place on September 4. 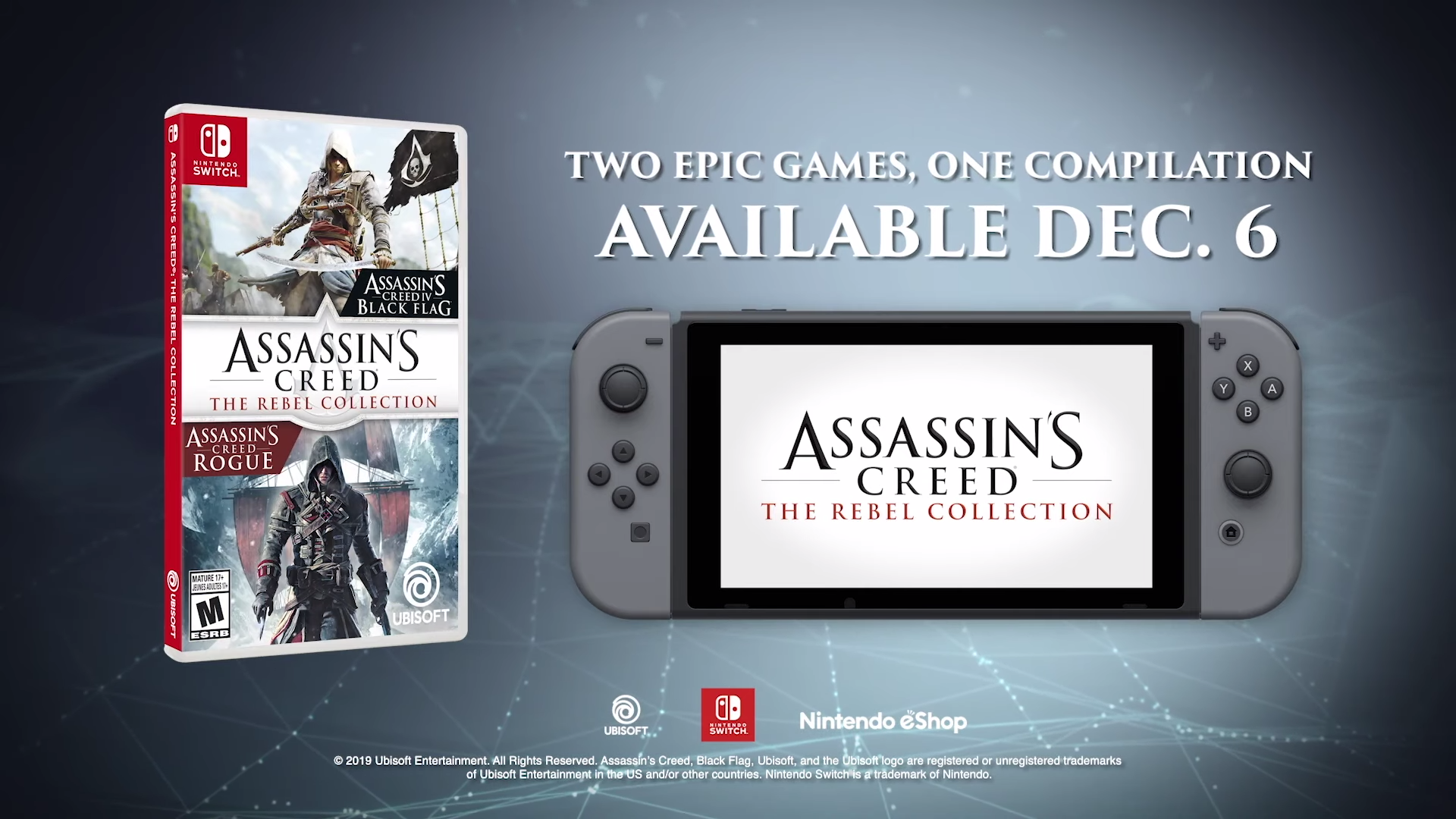 Nintendo doesn’t seem to have listed any official price on their website. The DLC confirmed in the bundle are Freedom Cry, Guild of Rogues, the Illustrious Pirate Pack, the Crusader & Florentine Pack, and the Death Vessel Pack. Besides, the following features are exclusive to the Nintendo Switch: Handheld Mode, HD Rumble, Touch Screen Interface, and Motion Control Aiming. It will be out on December 6, 2019.