Nintendo has announced a new platform for their Nintendo Switch Online subscription service. They have added SNES to the supported platforms bringing 20 new games.

Nintendo shared the announcement of SNES Online during a recent Nintendo Direct. They have also shared the list of games that they are planning to bring to the service on September 5th. 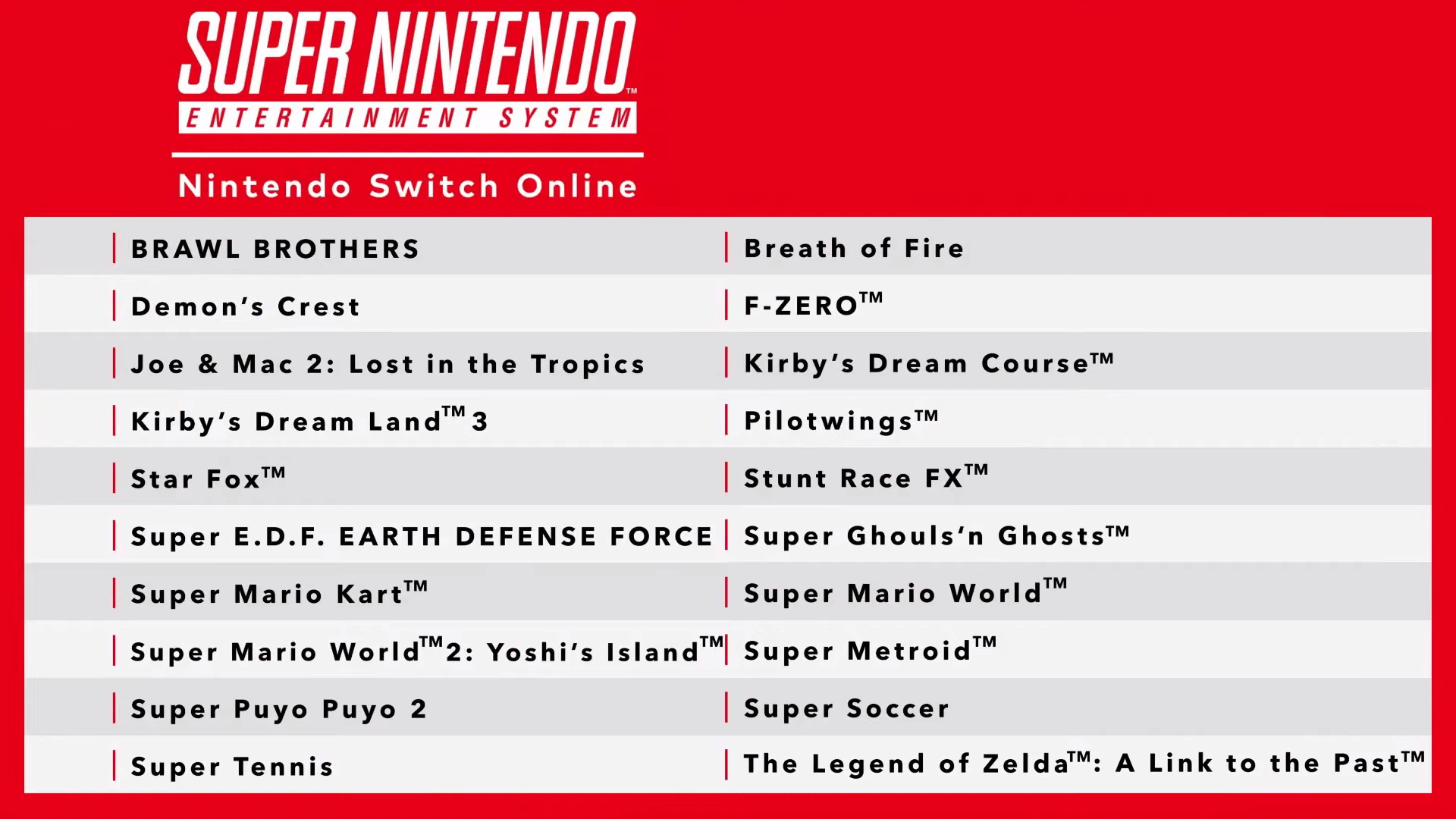 Here’s what is being added to the Nintendo Switch Online subscription. In addition to this, they have also announced plans for a SNES Controller that will launch along with a new firmware update.

Nintendo has said that they will add new games to this service just like they did with the NES Online. You can expect to see this library grow with new games that will be possibly added every month. The pricing for Nintendo Switch Online hasn’t changed and will remain $19.99 for now.

It was earlier rumored that Nintendo might introduce a new tier to their online subscription plans that will be slightly expensive but that doesn’t seem to be the case for now. It is possible that more platforms will be added to it later down the line.