Avengers Endgame official trailer is out today and along with the release of the trailer, Marvel Studios has also revealed the official poster for it. It was created in the same style as Infinity War but this time we can see a broken Thanos in the background.

Avengers Endgame will end the decade long first generation of Marvel superheroes that included Iron Man, Thor, Captain America, and Black Widow. It was always billed as the final chapter in the Marvel Avengers saga so this will be the movie to end up with a final fight where the fate of the entire universe depends on it.

In the trailer for Avengers Endgame, you can see that Brie Larson, who plays Captain Marvel, is finally making her entry in the Marvel Avengers roster. The whole remaining Avengers members apparently take a trip to space as they can be seen wearing protective suits.

The first proper trailer also shows Rocket Racoon and others in a huge fight. This fight could be spoiler heavy which is why the trailer doesn’t show much aside from a few closeup shots from action scenes featuring Nebula, Hawkeye, Antman, and Captain America. 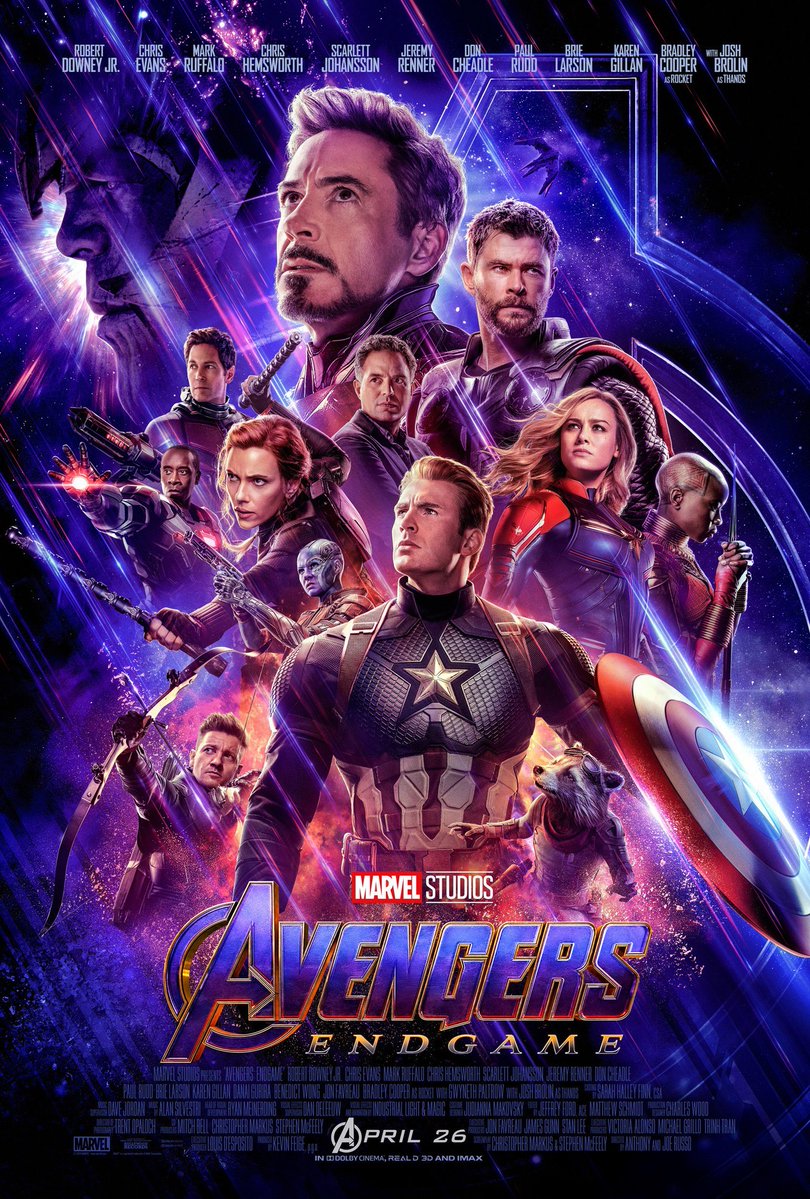 The movie will obviously feature Thanos and in the first official poster, he can be seen in the background in addition to the newcomers like Antman and Captain Marvel. The poster is designed with the same style as the previous Avengers movies.

Avengers Endgame will drop in theatres on April 26, 2019.