Batman Arkham Series Could Get a New Game Announcement Soon

Batman Arkham fans have been bracing for a new game announcement since the launch of Arkham Knight in 2015. This should hopefully change soon.

Warner Bros. Interactive is the main publisher behind the Batman Arkham series and they have two studios fully committed to making games based on the DC characters. Rocksteady Studios has remained silent for the most part despite multiple rumors regarding their projects ranging from Superman to Justice League.

Warner Bros. Montreal, which is the studio behind Batman Arkham Origins, has been teasing their next project for a while now. It has been long speculated that this game is based on the Court of Owls storyline in the Batman universe. While they couldn’t make an announcement, for now, there has been a leak for the Damian Wayne Batman game that put the spotlight back on the series. 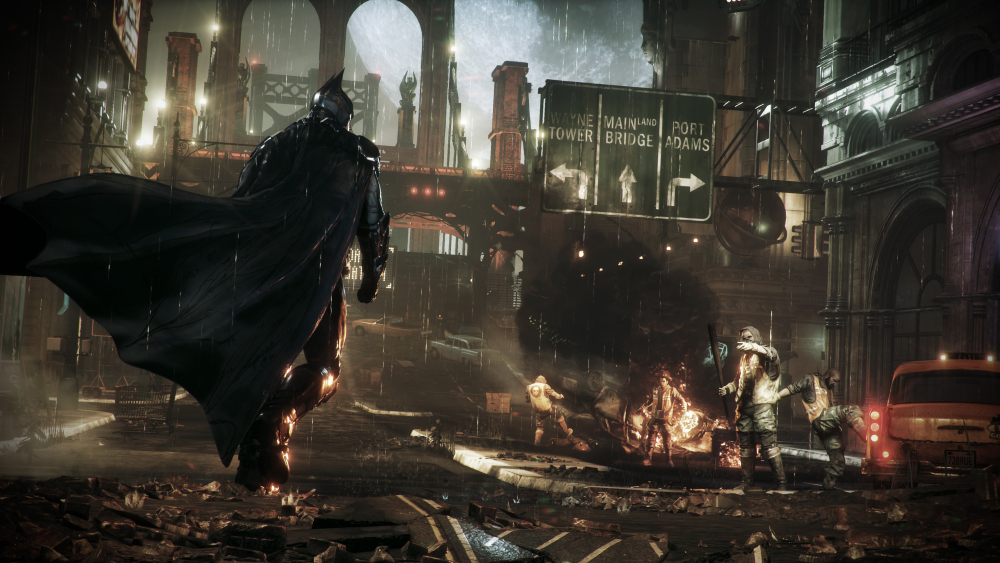 Roger Craig Smith is a voice actor who has played the role of Batman in Arkham Origins and he was seen teasing about his new role that is under NDA on Twitter. He was joined by others who had worked with him including a Warner Bros. publicist who appears to have teased an announcement regarding this project soon.

Super bummed to not be working on anything that I can't tweet about right now because I can't violate an NDA for something that I assure you does not exist.

And isn't a video game.

He was joined by Ryan Galleta who has written on Batman Arkham Origins, and Gary Miereanu, who works for Warner Bros.

Even worse for me – I can't not tweet about the nonexistent confidential project that we're not working on together :'(

Your publicist thanks you, and promises we’ll let the cat out of the bag reasonably soon.

So all this point towards an announcement about this new project soon. Of course, there is no way to know if this is a brand new Batman game for now but there is a lot of evidence in the past couple of months, and the leadup to now, that all hints at a new DC Superhero game. We will have to wait and see if there is an official announcement here or just a set of teasing in order to gather new publicity.

Previous Article
Anthem Is Coming To EA and Origin Access Right Now
Next Article
Yakuza: Like a Dragon Western Release Confirmed By Sega

Batman Arkham Legacy Is Reportedly The Next Game In The Series
Ali Haider October 21, 2019

Next Batman Arkham Game Details Have Been Possibly Confirmed