Bioshock 4 Is Reportedly Set In Antarctica, Much Larger Than Previous Games

Bioshock 4 reportedly takes place in Antarctica, and the game is much larger than its predecessors in size and scale.

Twitter user oopsleaks has just shared a handful of information regarding the next Bioshock game in development at 2K Games. According to them, most of these details should not be taken at face value, but they decided to share them because at least some of the information is credible.

EVERYTHING I KNOW AND HEARD ABOUT THE NEW BIOSHOCK

Do not take most of this information at face value, I thought for a long time whether it was worth sharing all of this at all but a large number of people crave for at least some information from me.

The logo and internal presentation slides posted by oopsleaks come from the 2020 Slack messenger data breach, and the game was in early concept and pre-production at the time. Their source confirmed the legitimacy of the image seen in the tweet above. Based on their information, Bioshock 4 should have been announced at the beginning of 2022. They also didn’t rule out the possibility of the game’s appearance at The Game Awards 2021, as Geoff Keighley had expressed prior interest in announcing a new Bioshock game at the show. However, neither of these things happened, and oopsleaks cited internal staff reduction as the reason behind the delay.

According to oopsleaks, 2K Games and Take-Two are in no hurry to finish the game. They’re taking their time and are concerned about the quality of the final product. That said, it’s still a Bioshock game, with the same fundamental concepts. It doesn’t try to massively reinvent the basics of previous games. The release window will not be announced until the developers are able to commit to a concrete date to avoid any delays and to give the development staff enough time to polish all the nuances. 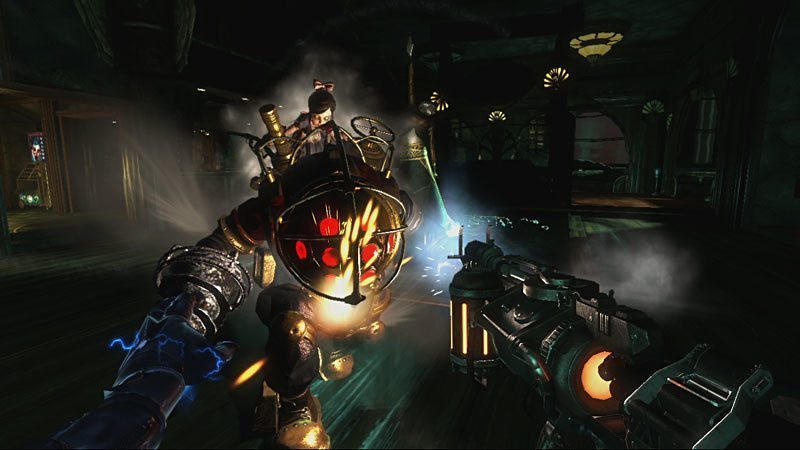 Oopsleaks has received confirmation that the game will be set in Antarctica, and the game is said to be much larger than all of the previous titles in the series. It will feature an open world with a main story that has multiple endings. Allegedly, the game uses aggregate states of water as its underlying theme, and its principles play a huge role in the plot and lore which will be more extensively revealed in the game via side quests.

Based on the information, the combat system will be diversified with various utilities and combinations of abilities. The terrain will also play a role in how the combat plays out. The game will feature alternate versions of familiar characters from previous games.

Bioshock 4 Is Aiming To Be Incredibly Ambitious Offering Sandbox World and State of the Art AI
Salal Awan December 29, 2020