Capcom has abandoned their trademark for a Dino Crisis game that could feature online multiplayer. This trademark was filed back in 2020.

Dino Crisis fans have been hoping for a new game for a long time now, but Capcom hasn’t revived the series despite their attempts to bring back some of the classics including Onimusha and Mega Man.

Even in the most recent Capcom hack that revealed information on their upcoming internal games, there was no mention of a Dino Crisis project. It was also not a part of the GeForce Database leak. 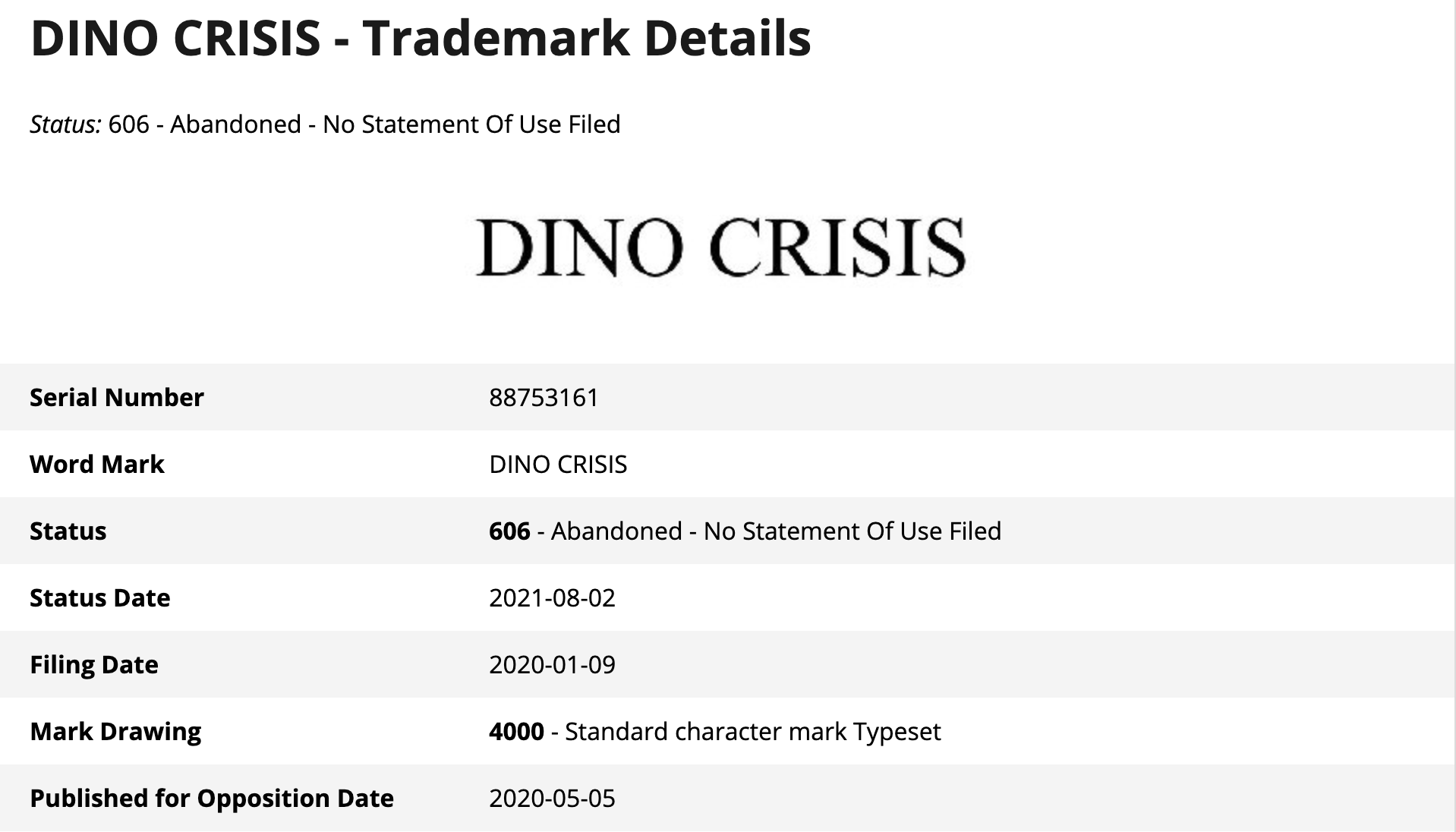 So what is going with this IP? We don’t know for sure. It appears that Capcom has some plans for it, but they are perhaps not sure which direction they want for this franchise. They had filed a trademark for Dino Crisis IP back in January 2020 that was for an online video game. It also mentioned online video games for mobile or handheld. This trademark has been abandoned now while an older trademark was renewed as recently as November 29.

Capcom usually files these different trademarks if they plan to use them for a game. They had one for an Arcade machine based on the Dino Crisis IP along with one that could be used for video games. It is interesting to see them continuing to renew the IP, and while it is nothing special, it does give some hope that they might use it in the future.

Fans have been hoping to get something out of this IP and we also have seen some concepts that try to re-imagine how a Dino Crisis remake would look like, which can be seen in the cover photo used for this article.