CTR Nitro-Fueled will get a new Grand Prix later this Friday. It brings in new characters, tracks, rewards, and a brand new Adventure mode.

Crash Team Racing Nitro-Fueled has one of the best post-launch support of this generation. It was developed by Beenox and while it initially started as a remake of the first Crash Team Racing, the post-launch updates have added so much new content and playable characters that it has become a completely different game now.

There are a lot of Grand Prix released for the game so far. The most recent one featured Nina Cortex and was based on a Halloween theme. The newest Grand Prix is called Neon Circus and it will go live on Friday.

Here is a summary of every new addition to the game that is coming with the Neon Circus Grand Prix.

You can earn points in this mode by collecting rings and then finishing a lap. The time remaining on the clock is also used to calculate points and set a new record. This mode is best for those who are into challenging their own records.

Here is a list of rewards and challenges that will be part of the Neon Circus update that goes live later this Friday. You can download it at 3 pm GMT on Novembre 8. 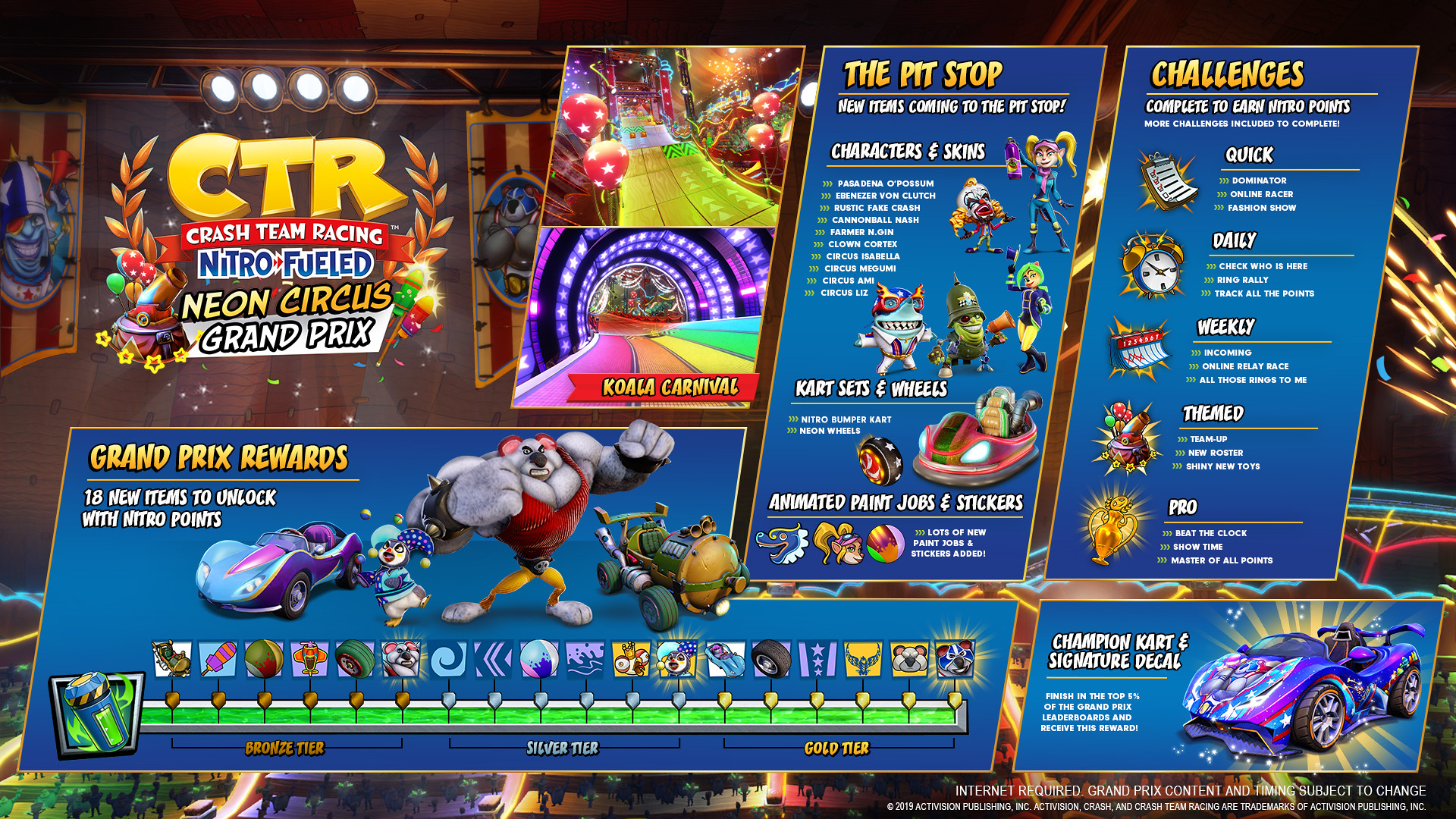 CTR Nitro-Fueled is available now for PS4, Xbox One, and Nintendo Switch. You can read our review of the game to find out more details it. There is one more Grand Prix that is planned after this one.

Previous Article
Star Wars Jedi: Fallen Order: How To Get All Trophies and Achievements Guide
Next Article
Mario & Sonic at the Olympic Games Tokyo 2020 Review – A Tale of Two Generations