Activision has shared details on the upcoming Crash Team Racing: Nitro-Fueled Grand Prix events after the current Spyro & Friends is ending this month.

Earlier today, a brand new update was released for Crash Team Racing: Nitro-Fueled that started the Spooky Grand Prix. This is one of the three new Grand Prix events that have been confirmed by Activision and Beenox.

The official Crash Bandicoot social media account shared an image that revealed the three new Grand Prix. One is the Spooky Grand Prix as shared earlier while the remaining two are Neon Circus Grand Prix and Winter Festival Grand Prix. 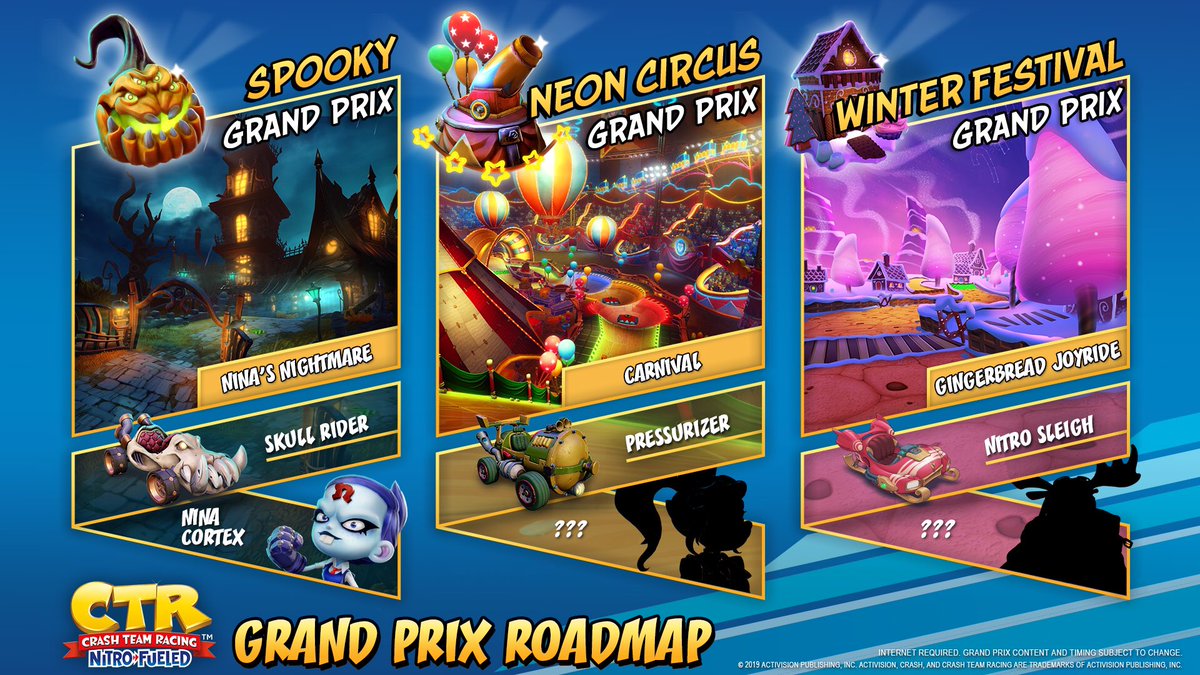 Spooky Tour Grand Prix will add Nina Cortex, new vehicles, Nina’s Nightmare map and much more. The other two additional characters that will be included in the upcoming Grad Prix evens were only teased with a shadow outline of their characters. The two additional tracks are Carnival and Gingerbread Joyride.

This shows the fantastic post-launch support that the game has enjoyed so far. All three previous Grand Prix events have added new characters, new vehicles, and tracks. They have all been released free of cost so there is no need to purchase anything additional for them.

In addition to announcing these free Grand Prix, the latest update has also added some requested features like the ability to do Engine Swap and more.