Crash Team Racing: Nitro-Fueled is getting Spooky Grand Prix with a new update that launched today. Here are the challenges and rewards for this new event.

As it is the case with most of the Grand Prix events, the new Spooky Grand Prix comes with its own set of challenges and rewards. These challenges can be classified into the following categories: Quick, Weekly, Daily, Themed, and Pro Challenges.

Quick, Daily and Weekly challenges are usually updated along with time but the rest of the challenges should remain the same for the duration of the Grand Prix event. Spooky Grand Prix will officially start on Friday so the challenges will be added once the event properly begins later this week.

As for the rewards, the following is the list of unlockables that will be a part of the new Spooky Grand Prix. This also includes the new characters. 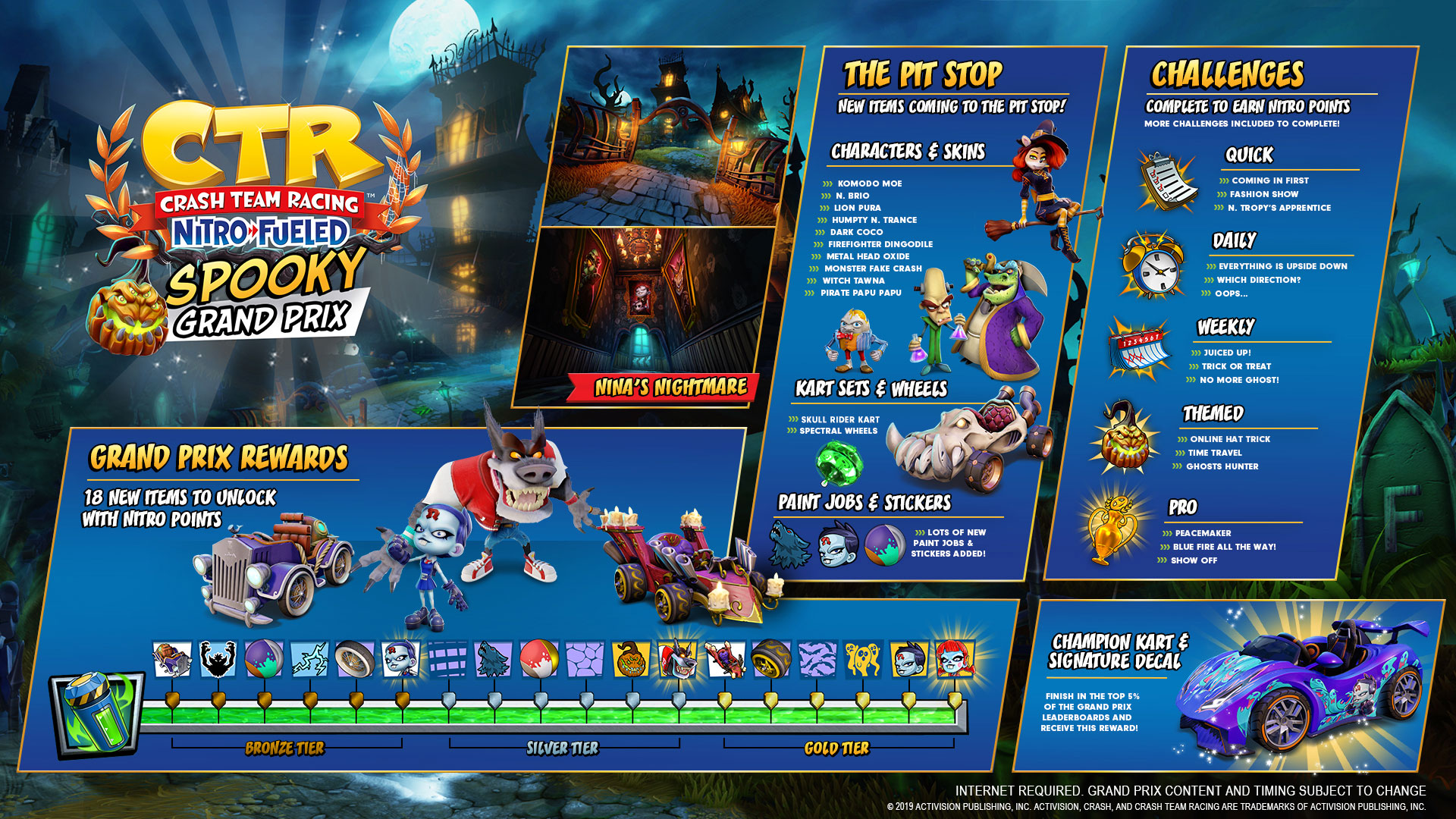 In addition to releasing the Spooky Grand Prix, the update today made several changes like allowing Engine Swap, making the Wumpa Bonus apply to all modes, adding a new cup and much more.