Nintendo held a Livestream today revealing the details on the latest Super Smash Bros. Ultimate DLC. Terry Bogard was confirmed to be a part of the fighter pass for the game early in Summer. He has been released for the game with the latest update today. 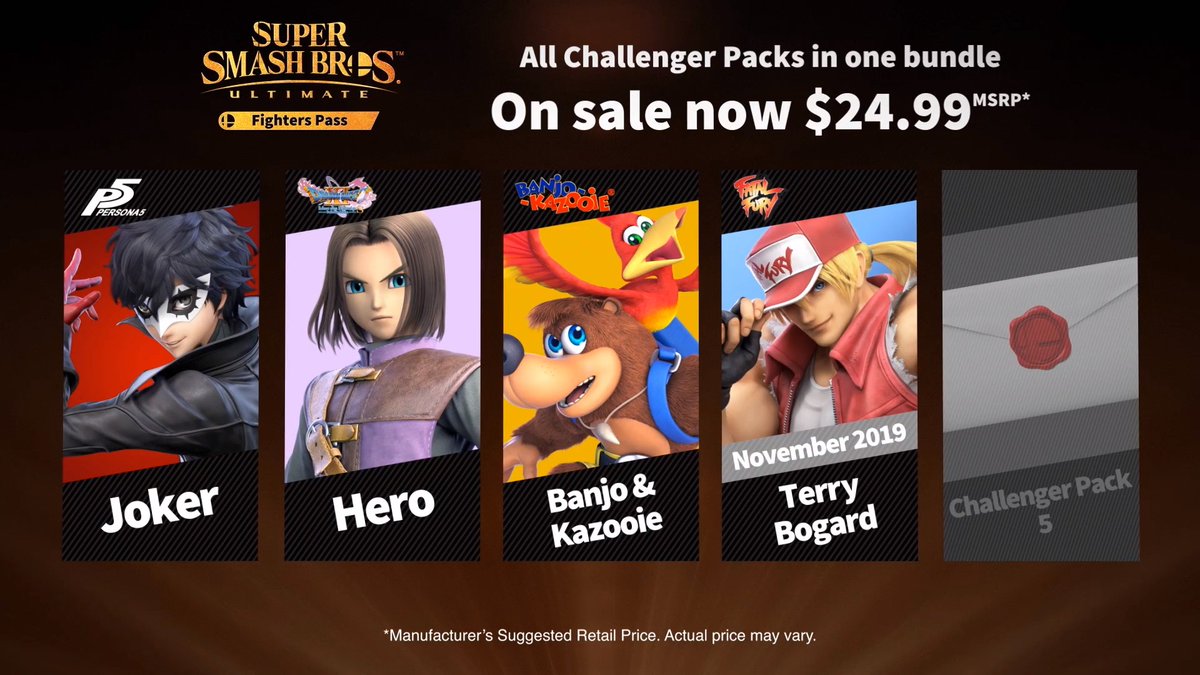 There are a total of four fighters that have been released as part of the fighter pack for Super Smash Bros Ultimate. The last one is still a mystery but should be revealed soon now that Terry is out. Nintendo has also confirmed another fighter pass will be released once this one is complete.

After announcing Terry Bogard was launching today, Nintendo has updated the support website for the game to reveal the patch notes.

Previous Article
Persona 5 Royal Sells More Than 200K Copies In Japan, Closer To Persona 4 Debut
Next Article
Star Wars Jedi: Fallen Order: How To Get All Trophies and Achievements Guide