Crash Team Racing Nitro-Fueled is getting Rustland Grand Prix adding new track, event, and characters. Here’s a list of all the rewards.

Rustland Grand Prix is the latest addition to Crash Team Racing Nitro-Fueled. It will be released alongside an update on  January 16, at 7:00 AM PST (3:00 PM UTC) for PS4, Xbox One, and Nintendo Switch. The new highlight of this Grand Prix is a brand new course: Megamix Mania.

Starting from January 16, there will be a new game feature available to play in the game. Golden Wumpa Hunt is a brand new gameplay mode that lets the player hunt for the Golden Wumpa Fruit. This can be hidden in glowing crates scattered throughout a track. Completing them will reward the player with Wumpa Coins while some of the Grand Prix challenges are also linked with this gameplay mode. 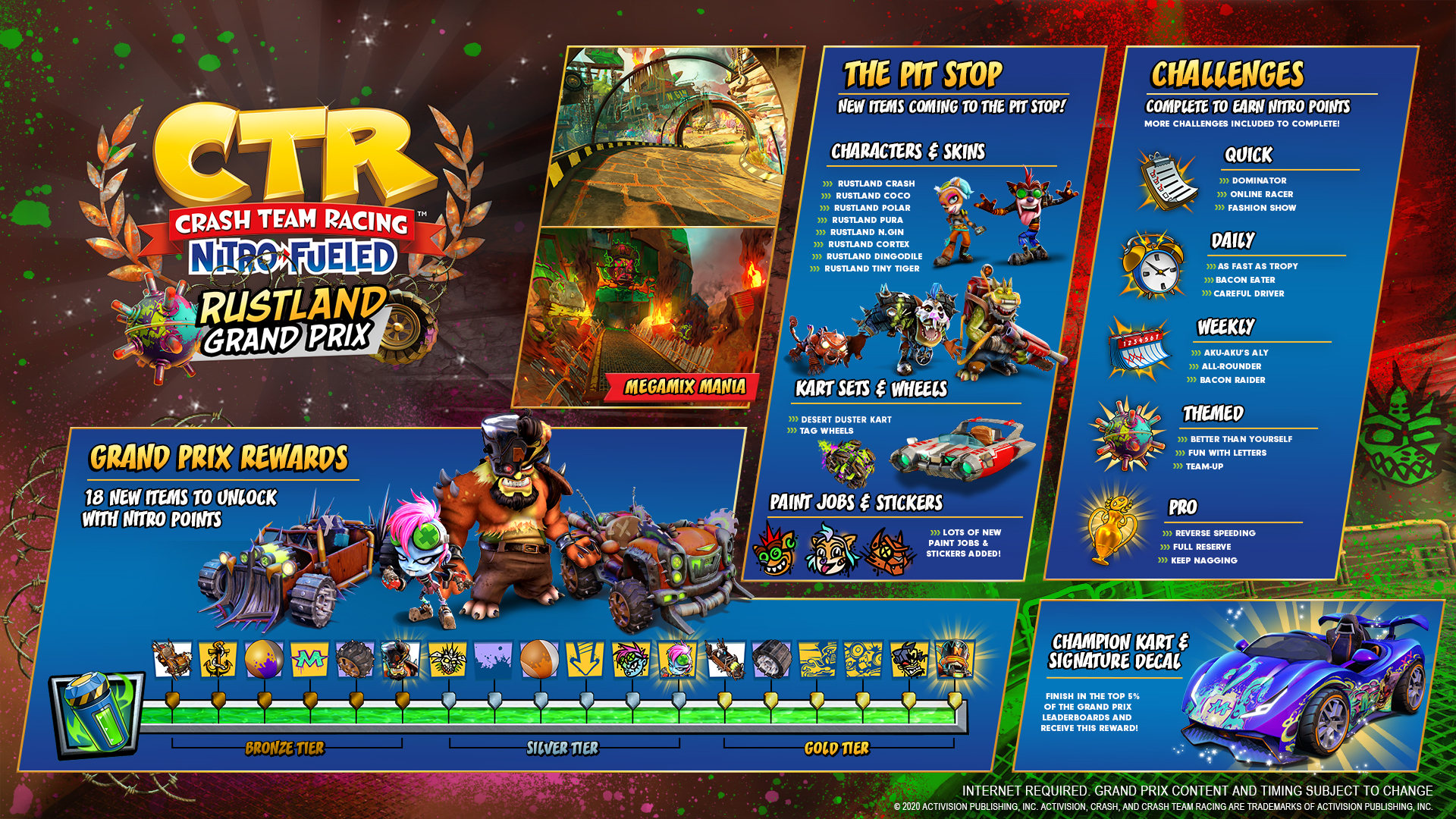 Here are some of the new unlockable characters and additional content that is a part of this new Crash Team Racing Nitro-Fueled Rustland Grand Prix update.

Megamix makes it the 50th playable character that has been added to the game since its launch back in May 2019.

The new character, course and gameplay mode is not the only content that has been added. Three new karts are available to purchase bringing a post-apocalyptic look to the game. Eight new skins can also be unlocked through the Pitstop.

Rustland brings its own version of Chick n’ Stew that can be unlocked by winning the various challenges to fulfill requirements of the Grand Prix. Worldwide country flags can be added to a Kart after installing the new update.