Digital Direct Revealed For Xbox One, No More Redeemable Codes From Bundles

Digital Direct is a new feature available for the Xbox One that lets Microsoft bundle games with consoles without the need to redeem codes.

Digital Direct has been confirmed to be a part of the upcoming Cyberpunk 2077 Xbox One X bundle and will let the user directly redeem the game as they set up the console. There is a positive and a negative side to this method with users losing the ability to sell or give away their digital codes, although it does lead to some convenience for new users who are setting up their console.

Read More: The Last of Us Part 2 Gets a Gorgeous Painting In Germany As Part of its Marketing

Microsoft has explained the Digital Direct method on its official website which includes instruction on how to redeem digital download codes.

With Digital Direct, no codes are required. All digital content including games, subscriptions, and exclusive content will be redeemed to your Microsoft account and directly delivered to your Xbox console during setup. 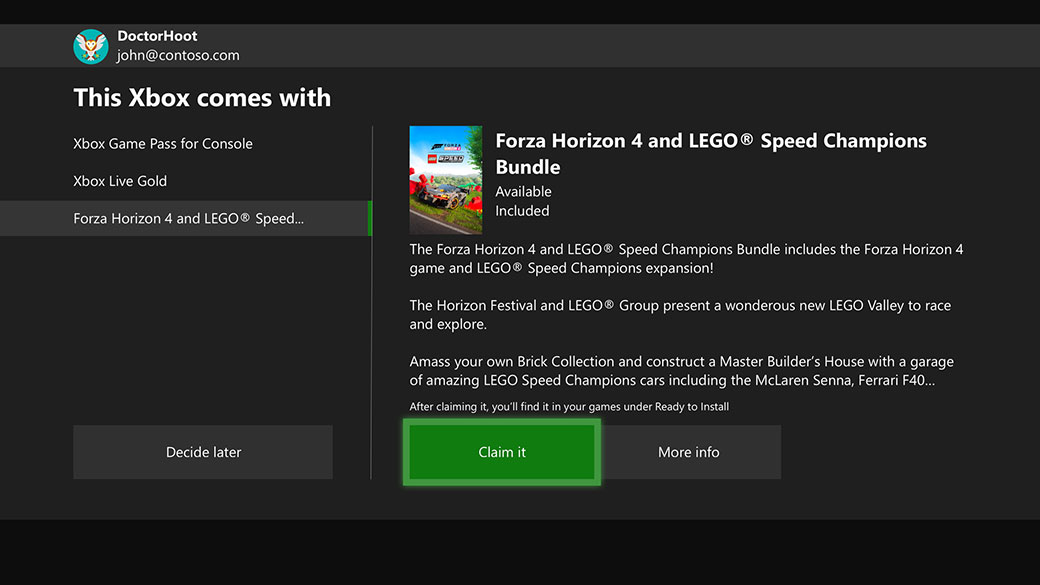 There are two methods to redeem the bundled games. One is to do from the beginning when setting up the console.

“During the Setup Process for your new console, the content and service offers attached to the console will appear to redeem. Click “Claim it” to redeem each item. Once redeemed, your content can be found in your digital library under My Games & Apps.”

The other choice to redeem it later is to go through settings > account > included with this Xbox or My games & apps > Full Library > Console offers.