Microsoft has revealed the Xbox Live Games with Gold lineup for February 2021. They are adding one additional game for February.

For February 2021, the following games were confirmed to be a part of the lineup for Xbox Live Gold subscribers.

Resident Evil Remaster and Dandara: Trials of Fire Edition is available for Xbox One and can be played through backward compatibility on the Xbox Series as well. They don’t offer any enhancement for Microsoft’s latest console. 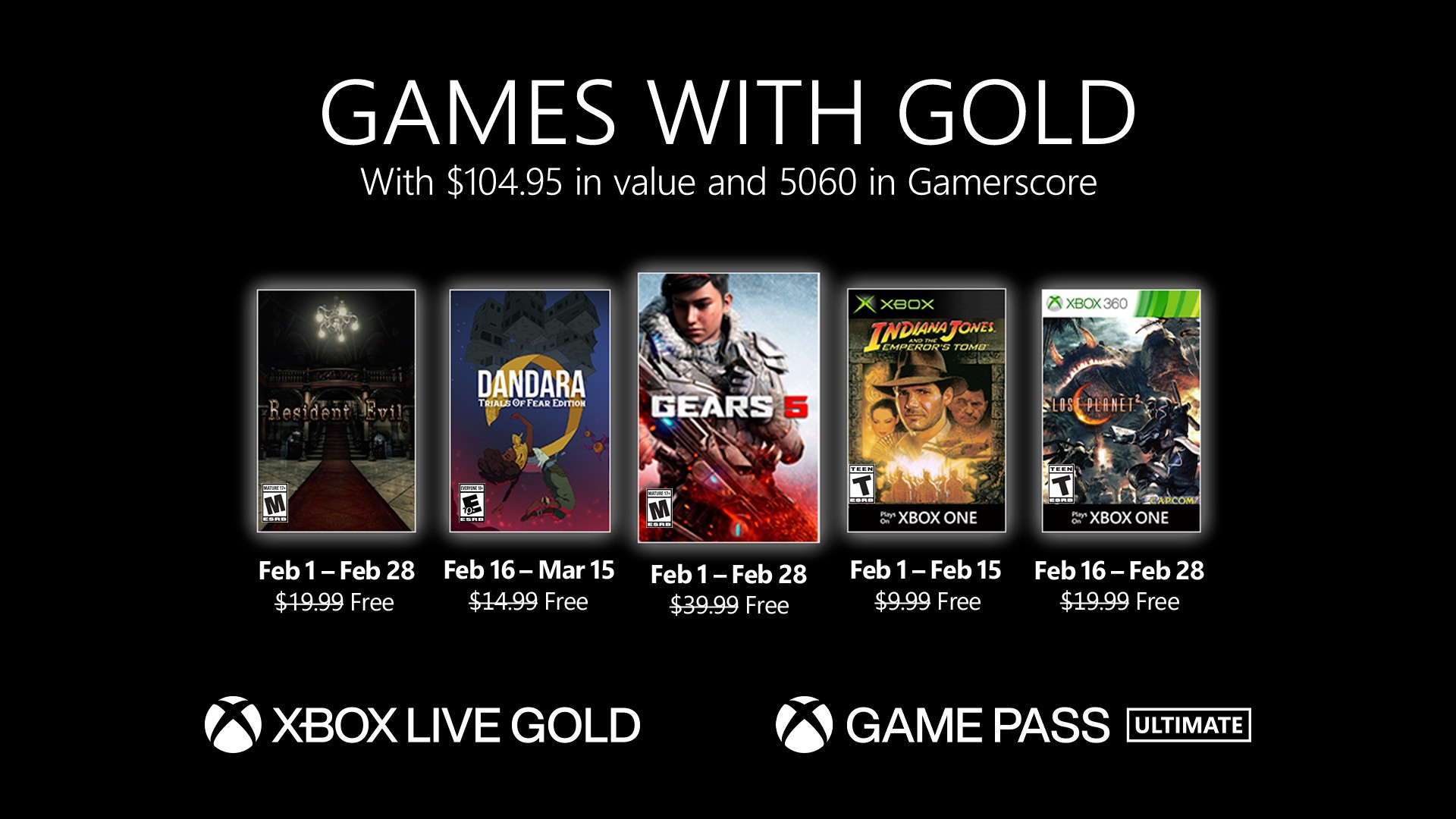 Gears 5 has been updated to add native support for the Xbox Series consoles and the game now runs at higher resolution and better visuals in addition to improved performance. It can be thought of as a native Xbox Series game for the next month.

Aside from these games, those who own Xbox 360 can enjoy Indiana Jones and the Emperor’s Tomb and Lost Planet 2. They are also playable on Xbox One or Xbox Series through backward compatibility as usual, although there are no enhancements available for these games.