Microsoft has revealed the Xbox Live Games With Gold Lineup for the month of March 2021. There will be two Xbox One and two Xbox 360 games.

Xbox Live Games with Gold for March 2021 includes Warface: Breakout and Vicious Attack Llama Apocalypse for the Xbox One. As for Xbox 360 users, they will get Metal Slug 3 and Port Royale 3. These games are also playable through backward compatibility on the Xbox One.

There is no game given this month for Xbox Series X as was the case with Gears 5. You can get the complete lineup of games below.

Games With Gold is a part of the Xbox Live subscription, which in turn can be obtained by getting the Xbox Game Pass Ultimate Bundle. While Sony appears to be beefing up their PlayStation Plus games lineup, Microsoft appears more focused on their Xbox Game Pass subscription service. 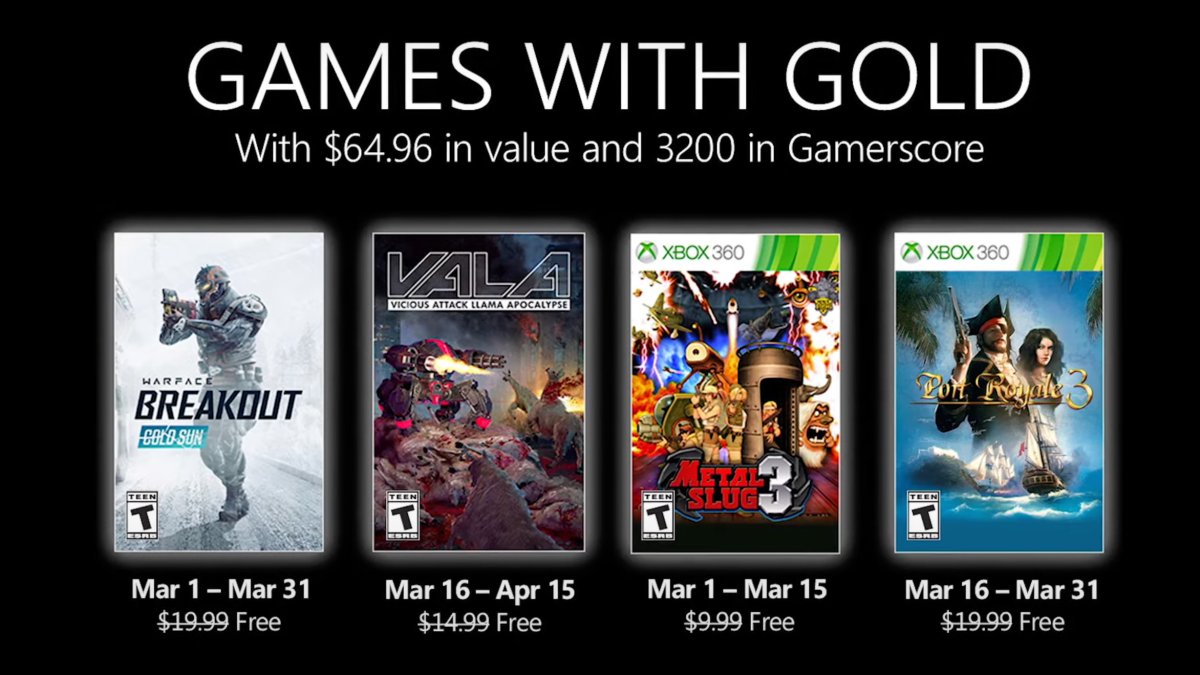 As for the Xbox Live Games with Gold February 2021 lineup, it included Lost Planet 2, Dandara: Trials of Fear Edition, Gears 5, Dead Rising, and Indiana Jones and the Emperor’s Tomb as part of its lineup. The additional game was Gears 5 which was also updated to add support for Xbox Series consoles.