Xbox Live Games with Gold for the month of March 2020 have been officially revealed by Microsoft. Here are the upcoming free games for Gold subscribers.

Xbox Live users can enjoy four free games every month. These are divided between the two consoles, Xbox One and Xbox 360. Those who own Xbox One can benefit greatly from Games with Gold since they can avail four games instead of two, while Xbox 360 owners can only enjoy two of these games.

Microsoft has confirmed the Games with Gold March 2020 lineup today. The following games will be added to Xbox Live Gold users in the next month.

Batman: The Enemy Within is the second season featuring the DC superhero in a story-focused video game developed by the former Telltale Games. The first season of Batman has already released on Games with Gold so this sequel is also making its debut next month. 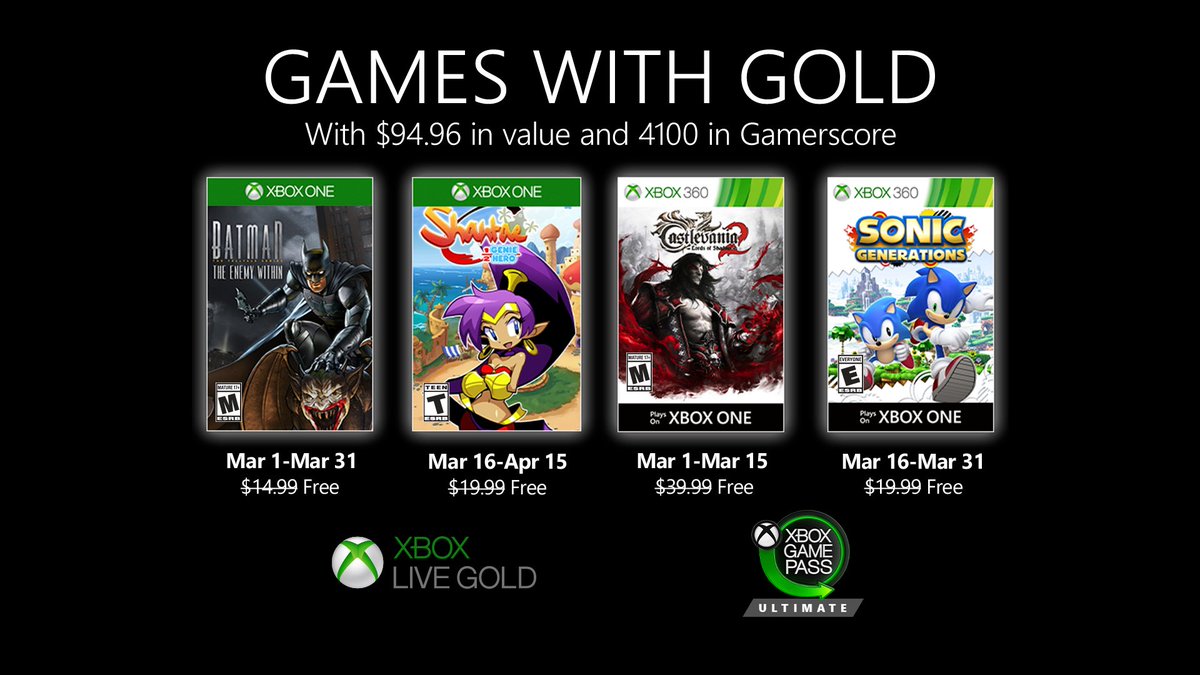 The next game on the list is Shantae: Half-Genie Hero, an indie Metroidvania from WayForward featuring some gorgeous visuals.

Those who own Xbox 360 or can play these games on Xbox One will be able to enjoy Castlevania: Lord of Shadows 2, which is launching on the service after the first one was given free by Microsoft. This will be followed by Sonic Generations, which seems to capitalize on the hype generated by the Sonic the Hedgehog movie.

It goes without saying but if you want to enjoy these new games, don’t miss out on the current lineup of games that will be taken down from the service beginning in March.