Ubisoft has announced a new Tom Clancy game recently which has turned out to be a successor to Ghost Recon Wildlands. This sequel is more stealth-focused instead of the open world action approach taken by its predecessor.

Tom Clancy’s Ghost Recon Breakpoint is set in a new location which is situated in the South Pacific on a place called Auroa Archipelago. This will offer a vast open land for the players to traverse featuring diverse biomes from lush green forests to snowy peaks. This place is now invaded by Skell Technology after they took control of it as a remote testing site for their autonomous drones. 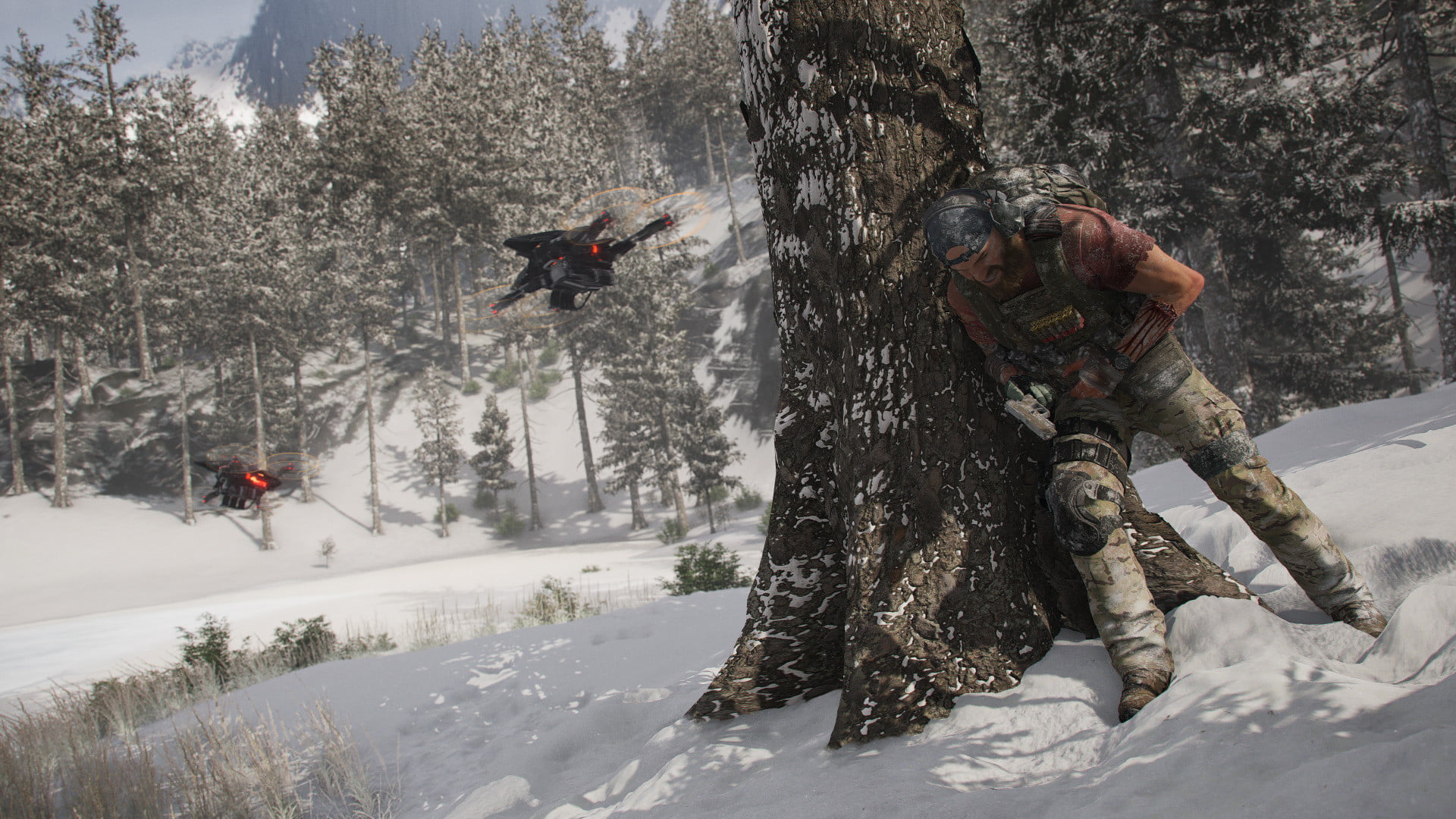 The pitch for this new game is seamless co-op where players will be able to team up and join missions together. They have to deal with the threats imposed by the innovative technology placed by Skell Technology. The stealth-focused nature of the gameplay means you will be on the lookout for threats as you traverse this world through various means by land, air, or sea.

Read More: Ubisoft Details The Division Patch 2.1 Due Out This Week

The reveal of the game was done first with a cinematic trailer and later Ubisoft released a long gameplay demonstration from Ghost Recon Breakpoint offering a glimpse at some of the action and seamless co-op.

Ghost Recon Breakpoint is going to introduce many new gameplay systems in order to provide a more immersive gameplay experience. Some of these were also shown in the gameplay footage that included Injury System, Buddy Carry, Terrain and Stamina, and The Bivouac.

Stealth elements are also enhanced because of their increased importance. You will be now able to perform prone blending and have an adaptive cover. The enemy AI has been tweaked to make them advanced and more suitable for the new stealth. More details on the game can be found on the official website.

Ubisoft has confirmed that this new Ghost Recon game requires an active internet connection just like Tom Clancy’s The Division and Rainbow Six Siege. This means you will have to be always online in order to play it and there is currently no way to play Ghost Recon Breakpoint offline.

Ghost Recon Breakpoint will be out on October 4 and has different editions available to pre-order. You can pick from a Standard, Gold, Ultimate, and Collector’s Edition for PS4, Xbox One, and PC.

Tags:
Previous Article
Assassin’s Creed Odyssey May Update Details Shared
Next Article
The Last of Us Part 2 Development Is In Its Final Stage