GTA 6 Leaked Through Ex-Rockstar Games Employee Job Profile, Could Be Their Next Project

GTA 6 has leaked through an Ex-Rockstar Games employee job profile on Artstation, and it could be their next project after Red Dead Redemption 2.

After the crazy success of GTA 5, Rockstar Games were always rumored to work on the next entry in the series. First, they had to release Red Dead Redemption 2 which came out last year, which means they are now likely looking into their next project. 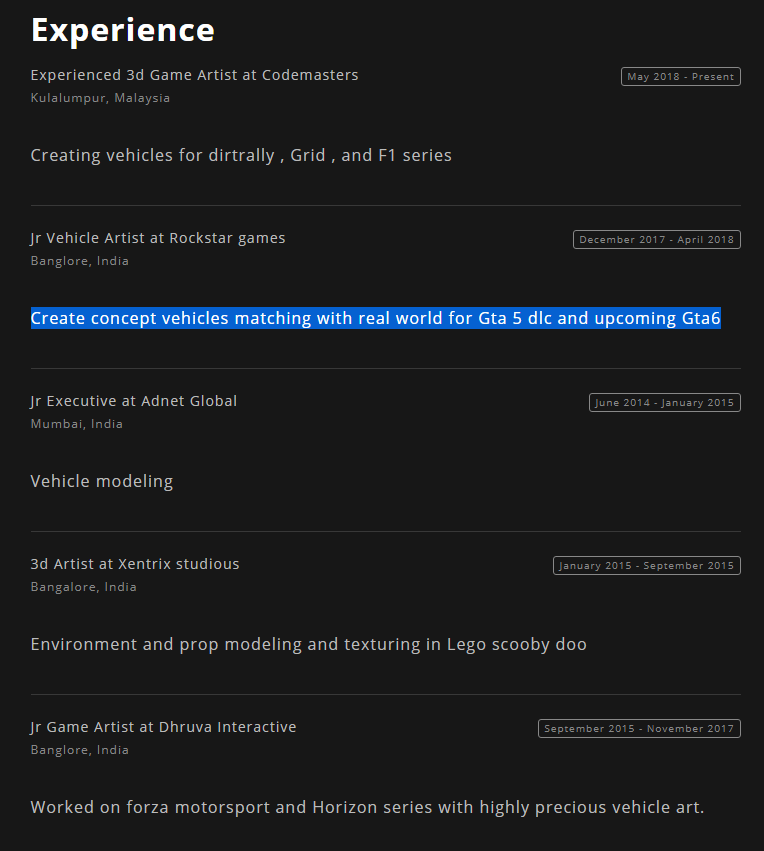 Now, this could be easily fabricated by someone, but the name of the Artstation employee was discovered in the credits for Red Dead Redemption 2, which confirms that he has previously worked at Rockstar Games. He was listed in the Thank You section which was for the employees who left Rockstar Games during the development of Red Dead Redemption 2.

GTA 6 is no open secret by now since Rockstar Games has always started their work on a successor to GTA once they are done with the previous iteration of it. The only reason why this could be delayed is that they are taking their time with it and besides, they are having a great amount of success with not just GTA 5 but also the online multiplayer mode is a big revenue driver for Rockstar Games.