343 Industries has detailed the various gameplay modes available in Halo Infinite in addition to the maps that are currently playable right now. Keep in mind that this is still the beta stage of the Halo Infinite multiplayer so you need to keep an eye out for the known issues and bugs like the Blue Screen. You can also learn how to download the multiplayer on your PC or Xbox consoles.

Arena multiplayer for up to 8 players includes:

Big Team Battle (BTB) for up to 24 players includes:

Here are the various rules and details around the gameplay modes shared by 343 Industries.

Enter the Arena with an MA40 AR & Mk50 Sidekick and play 4v4 matches for fun.

Hone your skills and practice new strategies in 4v4 matches that pit players against Bots.

If you want to claim some exclusive bonus in-game items, make sure to login into the multiplayer before November 22. You will gain the following bonus. 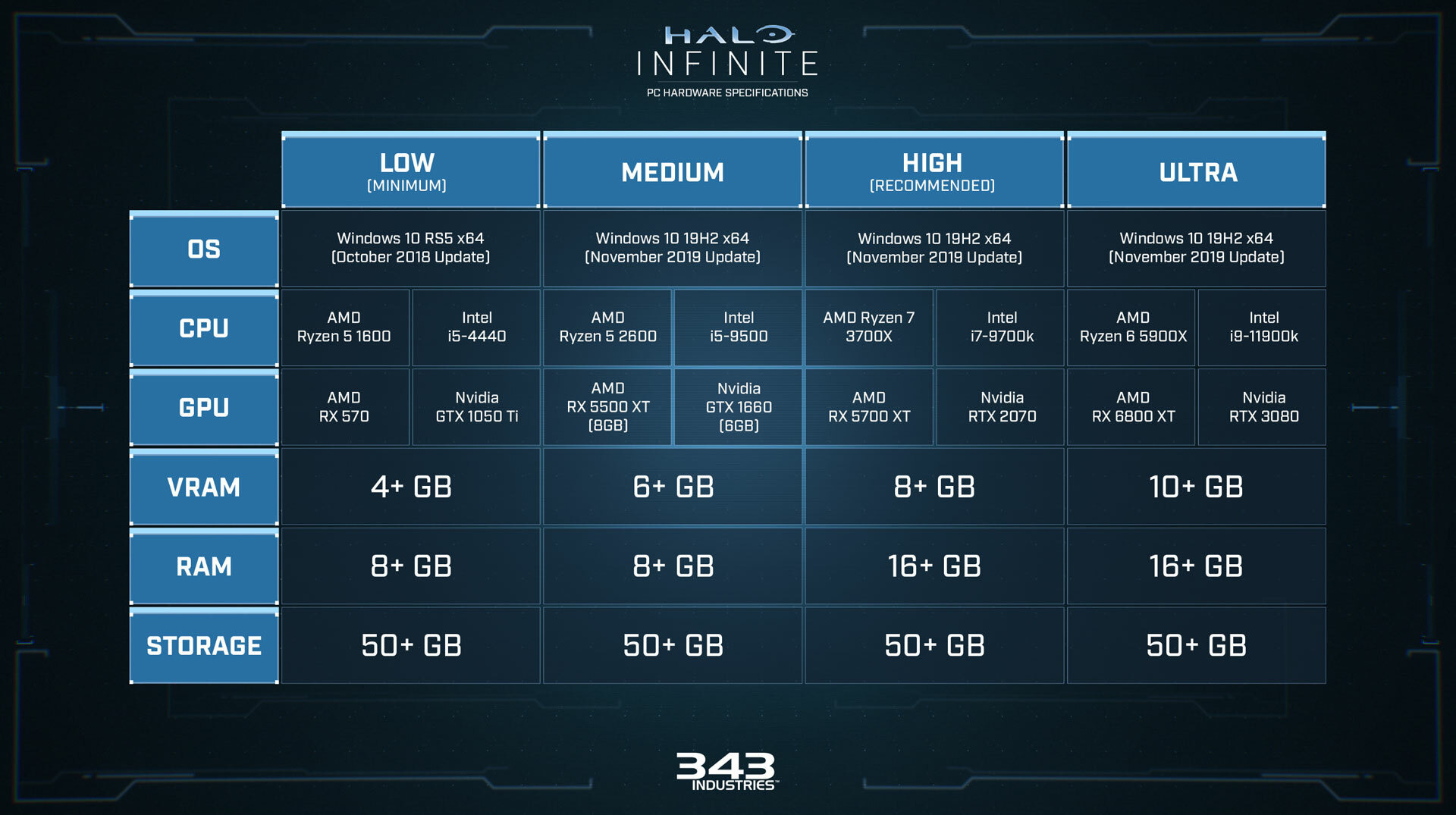 The first event for the Halo Infinite battle pass is Fracture: Tenrai. It will start in-game on November 23. Here are the details shared by 343 Industries.

The first event, Fracture: Tenrai, is scheduled to begin on November 23 and will run for one week. This FREE event will include the Yoroi (Samurai) armor core and an Event Pass that can be progressed while the event is active. The Fracture: Tenrai event will return multiple times throughout the season, so you’ll have plenty of opportunities to earn and adorn your armor. Additionally, special Yoroi-specific premium customization offerings will be featured in the store during the event.

Halo Infinite will get an official public launch on December 8 on PC, Xbox One, and Xbox Series.