Mass Effect Legendary Edition release date has been ahead and now the game will be available a whole day early, at least on the Xbox Store.

Microsoft is emailing users who have pre-ordered Mass Effect Legendary Edition to tell them about the change in release date for the game. While it was originally set to launch on May 14, 2021, the new date is now just a day ahead, on May 13.

According to the email, this release date change should allow users to play the game on May 13. Here’s a glimpse at the email as shared on reddit. This doesn’t just apply to the United States but some users in Europe have confirmed getting the same email from Microsoft. 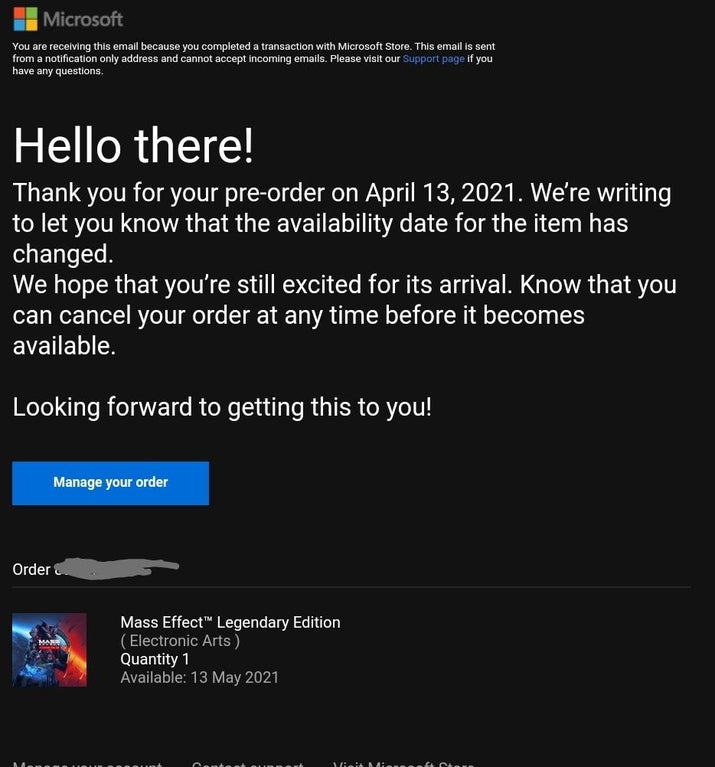 Mass Effect Legendary Edition features revamped visuals, improved performance, and all of the post-launch DLC amounting to more than 40 pieces of downloadable content. The bundle comes with the original trilogy that has been remastered for the current-generation consoles. Here’s a description of the game taken from the Microsoft Store.

One person is all that stands between humanity and the greatest threat it’s ever faced. Relive the legend of Commander Shepard in the highly acclaimed Mass Effect trilogy with the Mass Effect™ Legendary Edition. Includes single-player base content and over 40 DLC from Mass Effect, Mass Effect 2, and Mass Effect 3 games, including promo weapons, armors, and packs – remastered and optimized for 4K Ultra HD. Experience an amazingly rich and detailed universe where your decisions have profound consequences on the action and the outcome.