Mass Effect Trilogy Remastered has been listed with new box art for PS4, Xbox One, and Nintendo Switch by a Portuguese retailer.

According to the listing, this upcoming remaster is a trilogy featuring the three Mass Effect games in a single package. Interestingly, it is listed cheaper for Nintendo Switch than PS4 and Xbox One. This could be a placeholder price for the remaster.

The logo for the box art is new and was updated recently. It simply says Mass Effect Trilogy without any mention of a remaster. It has a release window of October 2020. 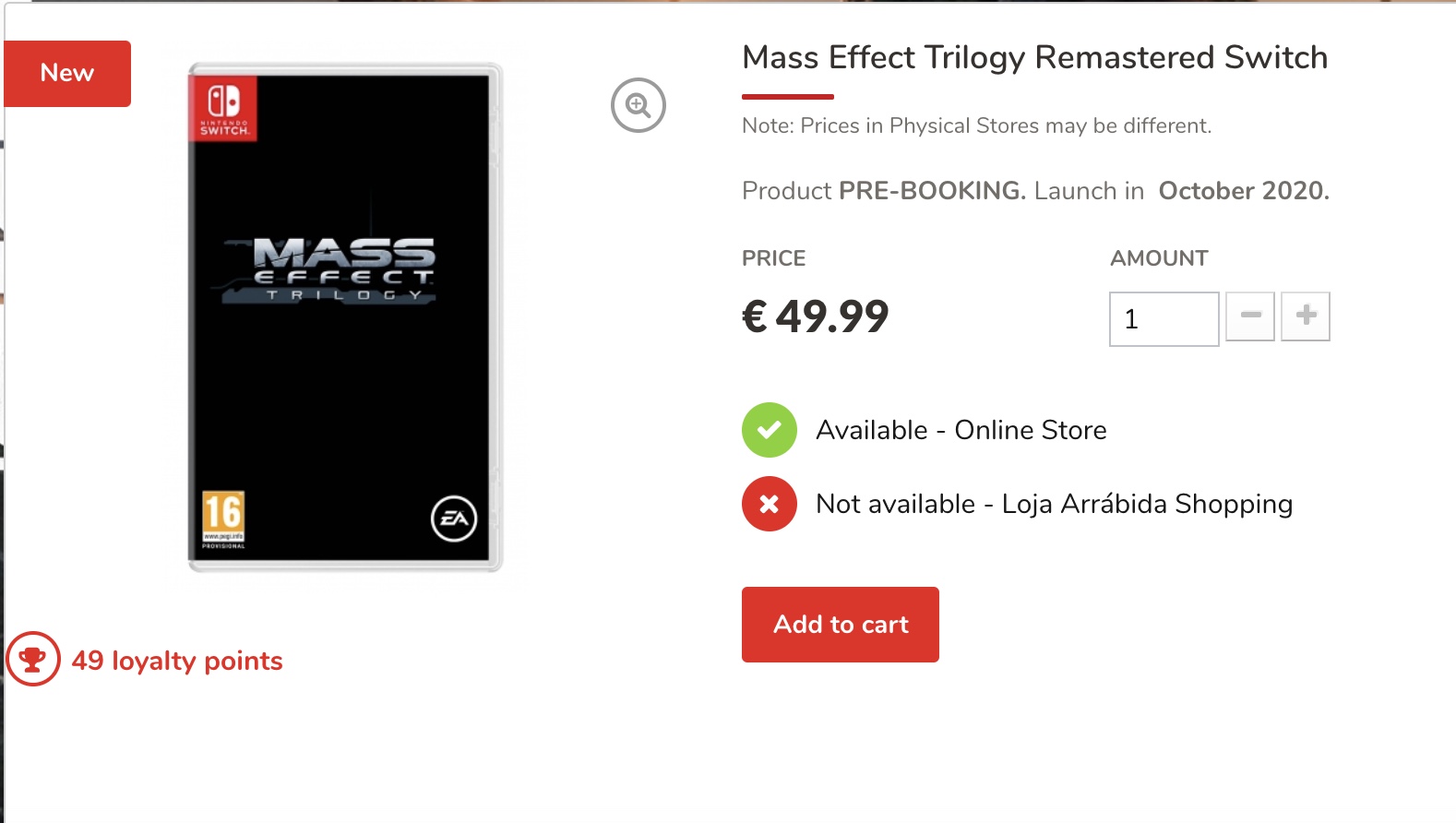 According to rumors, this remaster is reportedly launching later this year. The listing mentions PS4 and Xbox One as platforms in addition to the Nintendo Switch. If the remaster has substantial improvements, it can also come to PC knowing EA. There is no indication of what kind of upgrades will be offered with this remaster.

Mass Effects Trilogy is playable on the Xbox One through backward compatibility. It is also available to play on EA and Origin Access. It was first released for the PS3 and Xbox 360 in addition to PC. The developers then released Mass Effect Andromeda which was critically panned sequel.

Earlier this year, EA had confirmed that they are planning to release a remaster for the current generation consoles. It was supposed to launch later this year but there is still no official announcement. Nintendo and Sony will host an event to showcase their upcoming games lineup and this remaster can be one of the announcements based on the updated listing.

Previous Article
Nintendo Switch Had a Sales Ratio of 50% for Digital vs. Retail
Next Article
PS5 Pre-Orders Are Up, Launching On November 12 For $499