Metro Exodus is confirmed to get a free upgrade that will add ray-tracing support on PC, PS5, and Xbox Series consoles. Here’s what you need to know about it.

Metro Exodus originally launched for the PS4 and Xbox One in addition to PC. It will be now enhanced free of cost for the existing owners of the game. The new update is aimed at the PS5, Xbox Series, and PC hardware and will implement ray-tracing support in addition to 4K and 60 FPS resolution.

4A Games has shared this news on their official website revealing the following features as part of the new update that will be released later this year. 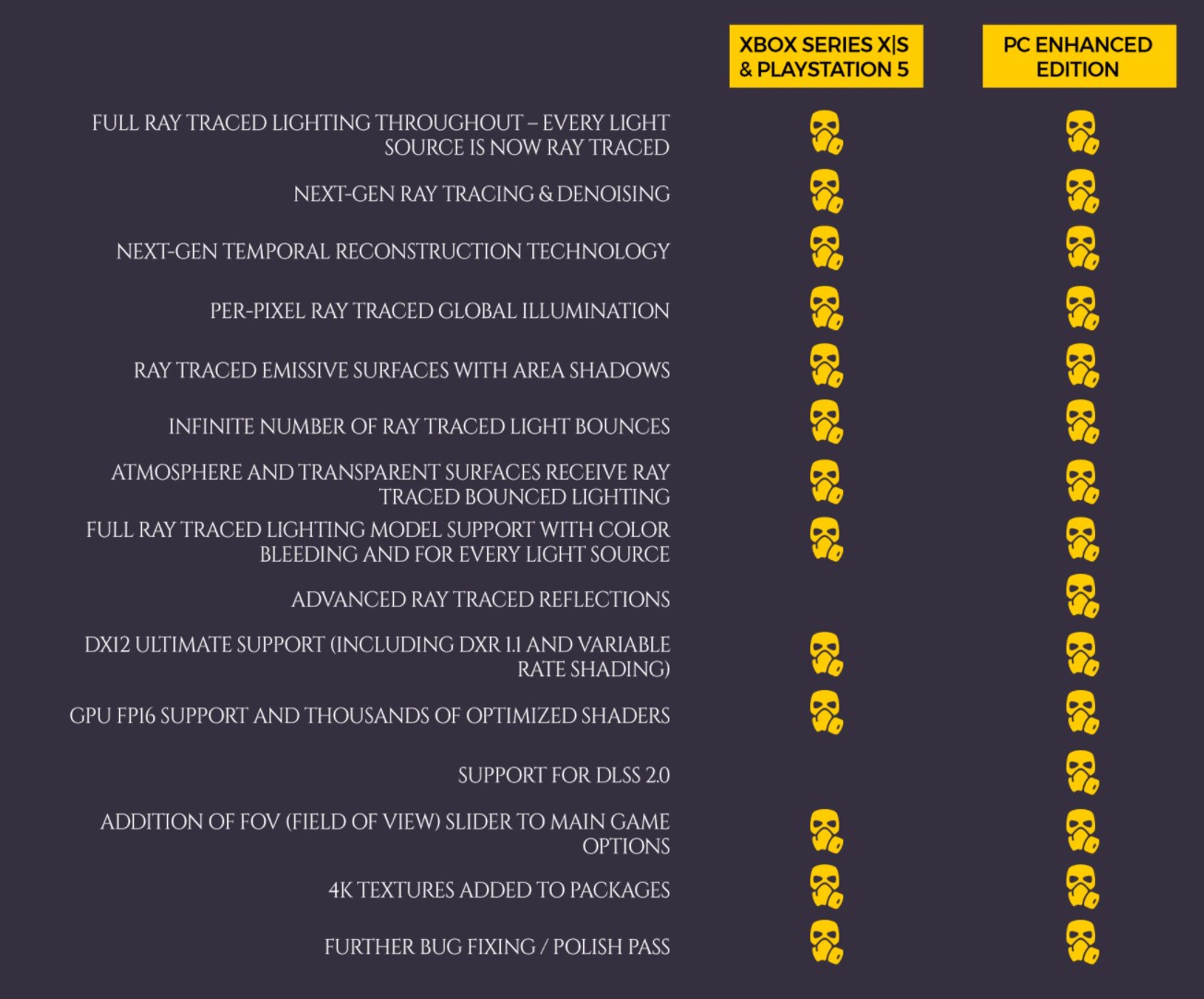 “The next gen consoles will benefit from dramatically reduced loading times thanks to our use of their SSD storage optimizations, boast 4K texture packs, and a range of platform specific features including spatial audio and controller latency improvements on Xbox, and support for the haptic features of the PlayStation 5 Dual Sense controller, ” said 4A Games. PC owners will get advanced ray-tracing support compared to the current generation consoles.

For those who own a Series S, the developers have confirmed a 1080p resolution along with ray-tracing support but the frame rate wasn’t finalized yet.

There are additional features and improvements too. “We’re also working on additional polish and quality of life enhancements, including the ability to change FOV for the first time in a Metro game, ” said 4A Games.

Metro Exodus Enhanced Edition will be out for PS5, Xbox Series, and PC. If you want to learn more about the game, check out our review on the base game, or its DLC expansion, Sam’s Story. The Enhanced Edition will include the DLC and base game while the owners of the original game won’t have to purchase it in order to claim the free update for their hardware.