Monster Hunter World has received its Iceborne expansion on PC and it has led to a surge of players on Steam leading to almost triple the player count.

Monster Hunter World is one of the most popular games released by Capcom that has taken the world by storm. It has sold through more than 10 million copies across PC, PS4, and Xbox One also becoming the fastest-selling game released by Capcom. 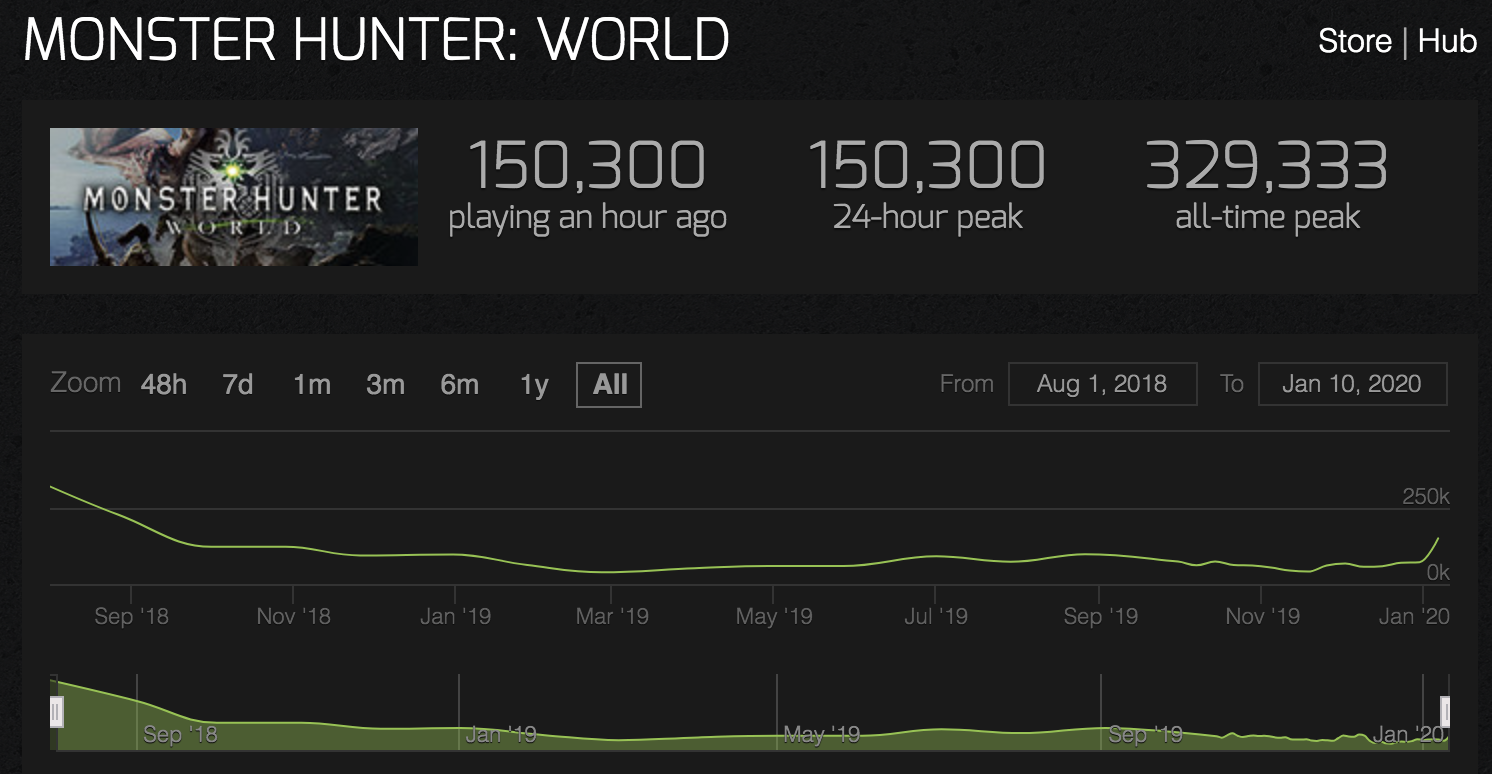 The peak player count for Monster Hunter World on PC stands at 330K players and that was back during the launch of the game on PC in August 2018. Since then, the average player count stands at between 50K to 60K on PC which is still pretty decent for a game.

When the expansion for Monster Hunter World launched on January 9, it has led to a surge of players that have almost tripled the average player count on PC. It is pretty remarkable because to play this expansion, the game has to be completed. There is no other way to play this new content so with such a huge amount of returning players, it shows that most of them had completed the game.

There is no official sales figure available for the PC version of MH World. Capcom has listed a total of 14.1 million shipped copies for the game across PC, PS4, and Xbox One on their Platinum sellers page. SteamSpy has estimated the sales as more than five million copies for the PC version which is a pretty decent number if it is accurate. Beyond that, the game is incredibly popular on Steam as seen with the player count that places it among the top 10 most played games.

Previous Article
Pokémon Sword and Shield: How To Get Galarian Slowpoke
Next Article
Yakuza 0 Rated by PEGI For Xbox One, Will Launch On Xbox Game Pass