Contra might be the next classic IP which is getting a new life on current generation consoles. Konami has been releasing their classic games these days beginning first with Bomberman. They have also brought back Castlevania with a retro collection on all platforms.

German Retailer NetGames has listed a new Contra game for the PS4, Xbox One, and Nintendo Switch. It has been given a release date September 29, 2019, which can be a placeholder. There is no box art or logo but the listing is new and covers all three platforms. 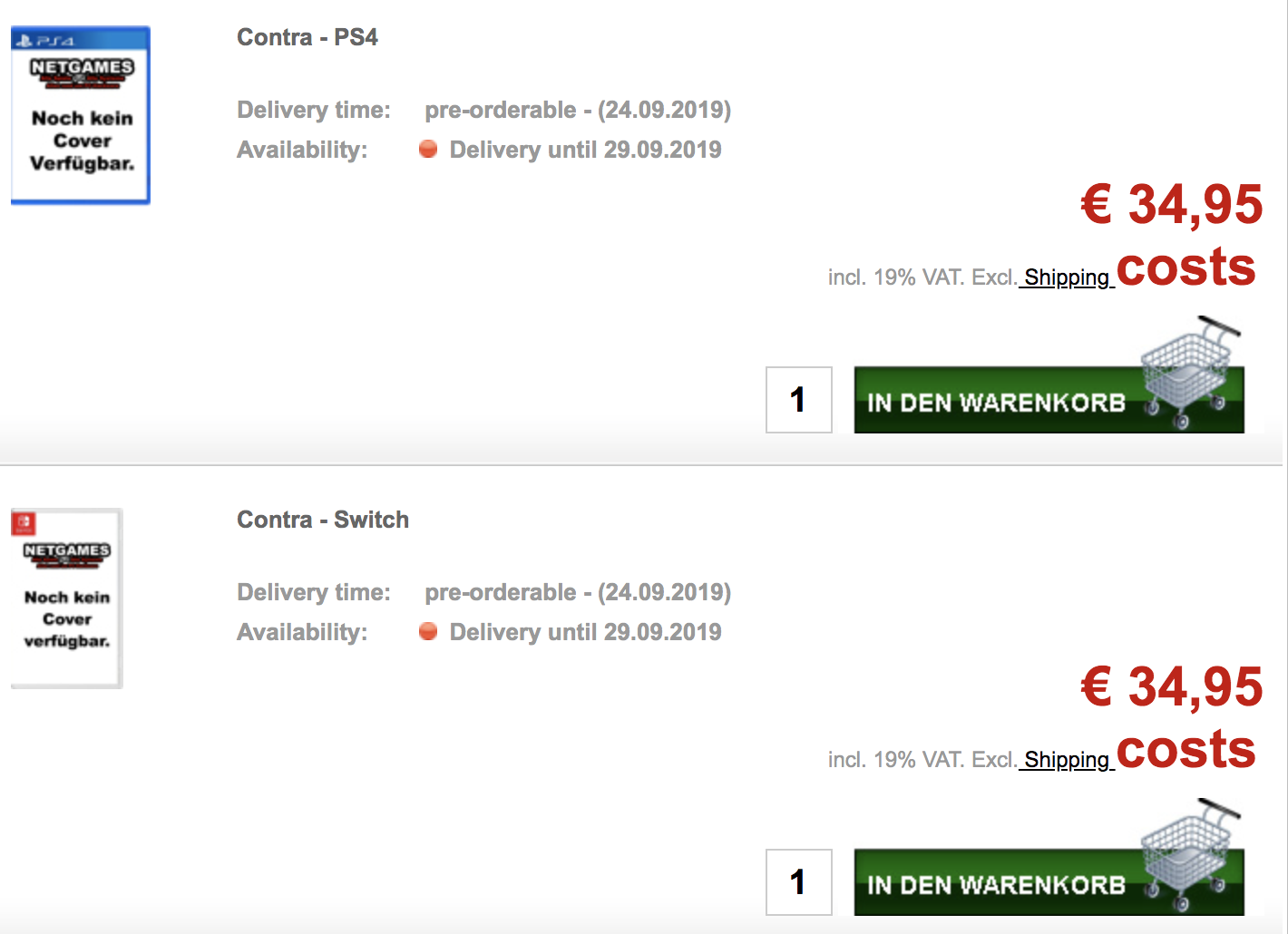 This listing was discovered ahead of the upcoming E3 2019 mega event, which usually leads to new game announcements from developers and publishers. If Konami was working on a new Contra game, this might be an early leak for it.

This new Contra listing could be for a similar retro collection or it can be a new game entirely. It is too early to say anything about it, but if this listing is not a mistake and turns out to be the real deal, we will likely find out about it at the upcoming E3.