AMD has announced their next-generation of GPUs at an event during Computex. This also includes the hardware for the PS5 that will be powered by AMD.

During the AMD Computex event, it was revealed that PS5 will be powered by AMD Navi GPU and Ryzen “Zen 2” CPU. This is not new information since Sony had already confirmed it earlier in an interview with Wired. What was not known is that Navi GPU won’t use the GCN architecture but instead a new RDNA architecture developed by AMD. 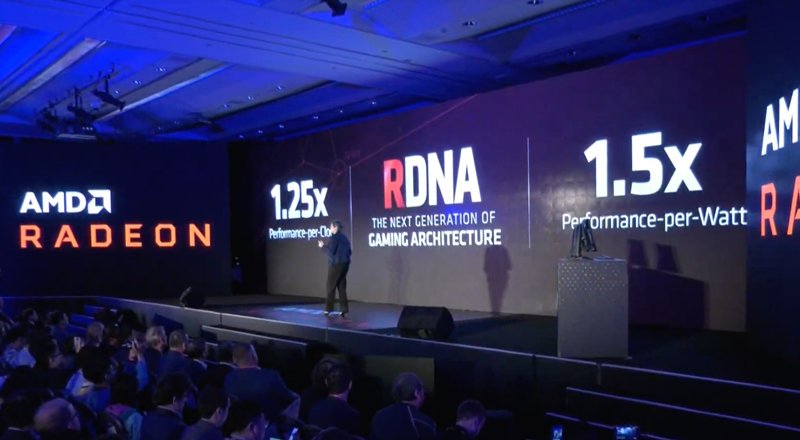 AMD is calling this new tech RDNA which will power their next-generation GPUs. It offers the following advantage.

Since PS5 uses the Navi GPU which is based on the same architecture, it will benefit from the same improvements featured in it. AMD will develop a custom variant of the Navi GPU for the PS5. More information on it will be shared at the upcoming E3.

RDNA will power AMD GPUs for the next decade. AMD Radeon RX5000 series are the first batch of Navi GPUs. Raden RX 5700 will be available later in July and offer improved performance over RTX 2070. One example shown was for Strange Brigade demo which runs 10% faster on RX 5700 than on RTX 2070.

This new series will be the world’s 1st PCIe 4.0 enabled gaming GPUs. Price and details for this series weren’t shared today but more information is planned for June 10, which is around the same time as the upcoming E3 2019. Microsoft is also reportedly going to announce their next-generation console during their press conference at E3 so expect to see AMD mentioned there as well.