A new phyical edition of Double Fine’s Psychonauts 2, titled Psychonauts 2: Motherlobe, has been spotted for both Xbox One and PS4 at online retailer Amazon. According to the listing, which was seen on Amazon Germany, this new edition of Psychonauts 2 is scheduled for release on September 27, 2022.

Update: This collectible physical edition of Psychonauts 2 comes packed with exclusive stickers, art cards, a reversible coversheet as well as a digital download code for behind the scenes footage.

According to the listing on Amazon Germany, Psychonauts 2: Motherlobe will be released by Skybound Games. Those looking to add it to their wishlists can do so by following the links here:

Platformer Psychonauts 2 was developed by Double Fine and published by Xbox Game Studios. The game was revealed during the 2015 The Game Awards ceremony and was released on August 25, 2021 for Microsoft Windows, PlayStation 4, Xbox One, and Xbox Series X/S, as well as on May 24, 2022 for Linux and macOS.

In Psychonauts 2, much like in the original, players assume the role of Raz. He is a young acrobat in training to join an international task force that uses psychic skills to thwart people who carry out evil crimes with their own psychic energies. The game immediately follows the events of the interstitial virtual reality game, Psychonauts in the Rhombus of Ruin. 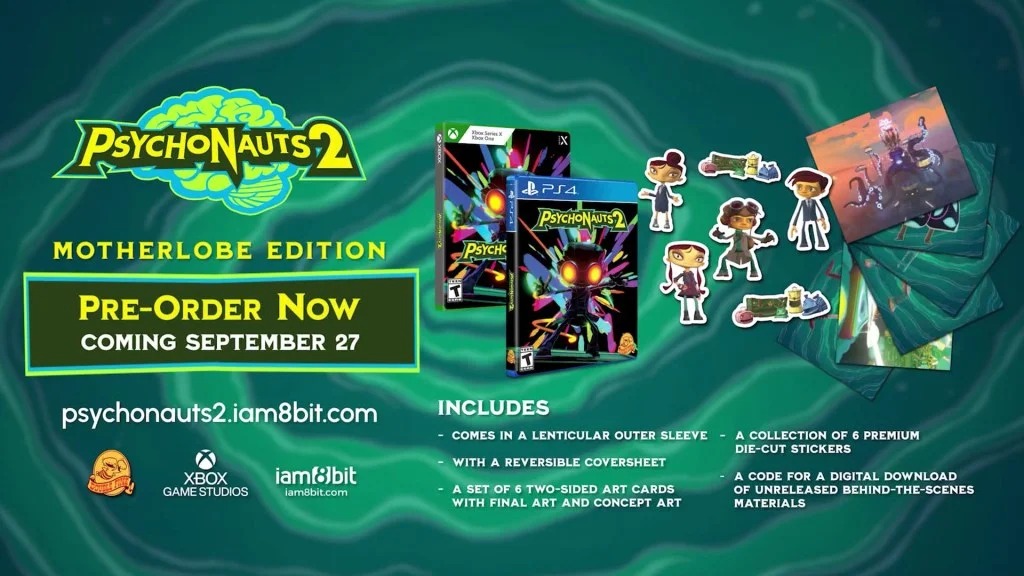 The Psychonauts attempt to ascertain who was responsible for the abduction of their leader while also unraveling a complex mystery pertaining to the establishment of the group and Raz’s family background. Raz explores the mindscapes of various characters in search of clues to solve the mystery. He can use a number of new and familiar psychic powers in these mindscapes to get around the frequently perverted brains and fight the mental beasts they give rise to.

In terms of gameplay, Psychonauts 2 is a third-person platformer that plays much like its predecessor. Raz, a recently graduated Psychonaut with strong psychic skills, is controlled by the player as he explores people’s thoughts. In addition to more traditional platform game components, the player can employ “Psi-Powers” like telekinesis, pyrokinesis, and levitation to explore the minds of many NPCs.

Psychonauts 2: All Psychoseismometers Location For Gisu

Psychonauts 2: All Queepie Location In The Questionable Area