PS Plus May 2021 games lineup has been revealed by Sony. It was earlier rumored to be Battlefield V and Stranded Deep and this was confirmed today.

Battlefield V has been rumored to be a part of the PlayStation Plus games lineup in addition to Stranded Deep, which is also available for PlayStation Now subscribers. In addition to these two games, Wreckfest was also confirmed as one of the freebies for all PS Plus subscribers.

It is important to mention that while Battlefield V and Stranded Deep are coming to PS4 as well, Wreckfest is just releasing for the PS5. The game will get an official update on June 1st adding support for the PS5. 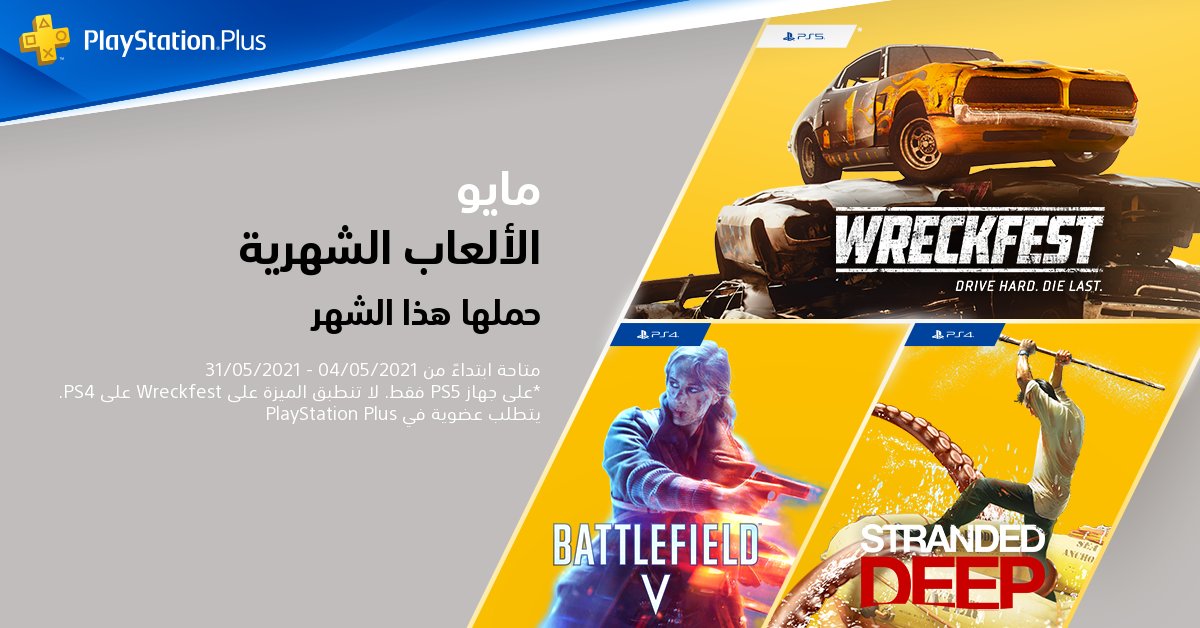 Sony announced these games on the official PlayStation Blog. They will be available to play from May 4 and will be playable until the next month’s lineup is added to the service.

If you have missed out on April’s games lineup, this included Days Gone, Oddworld Soulstorm, and Zombie Army 4: Dead War. In addition to offering these free games, Sony is also providing a set of PS4 games using the PlayStation Plus collection. This is available for PS5 users only even if the games included can be played on a PS4 once redeemed through this offer.