Resident Evil 2 Will Get Original PS1 Costumes As DLC

Capcom has announced that Resident Evil 2 will get DLC costumes offering the character models of the PS1 version of the game thus giving it an old school look.

The DLC costumes for Resident Evil 2 were revealed in a special launch party event held by Capcom. They will be awarded through a special promotion in the start but will go free for everyone on March 22nd.

These costumes simply swap the character models for Leon and Claire with old school PS1 one, so you get the new visuals with a touch of nostalgia. They look pretty good in action as seen in the screenshot.

The classic costumes for Resident Evil 2 have to be purchased through a special PSN promotion if you want to get early access to them. The offer is only announced for Japan but that might change as we get more information about them. They will be accessible on the launch day and can be a part of the promotion for purchasing PSN cards in Japan. 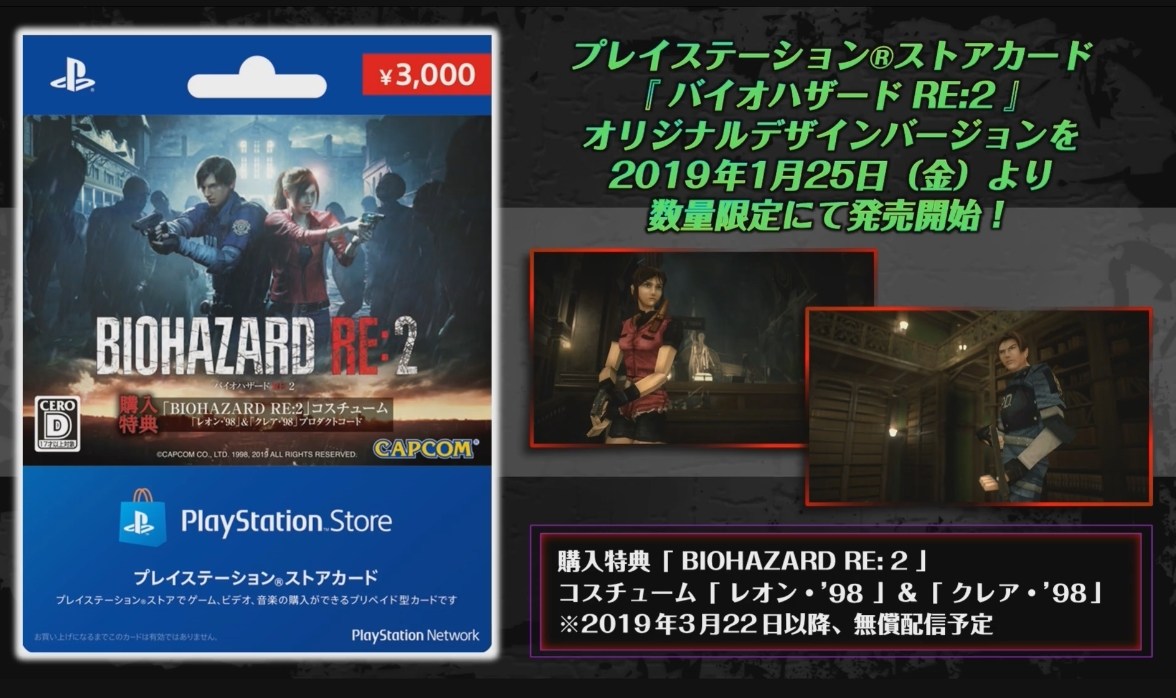 Resident Evil 2 review embargo is set to drop today and the game will be available for PS4, Xbox One, and PC on January 25th. Stores are already selling an early copy of it thus leading to leaks from the game appearing online.