S.T.A.L.K.E.R 2 was recently announced at Xbox Games Showcase. The game will be optimized for Xbox Series X and support Ray-Tracing on it.

Microsoft has updated the product listing for games that are announced for Xbox Series X. According to the updated listing for S.T.A.L.K.E.R 2, it will support Ray-Tracing in addition to 4K UHD on Xbox Series X.

Microsoft has listed features of some games that are coming to their upcoming next-generation hardware, Xbox Series X. S.T.A.L.K.E.R 2 is one of the games that has a confirmed tag for Ray-Tracing. 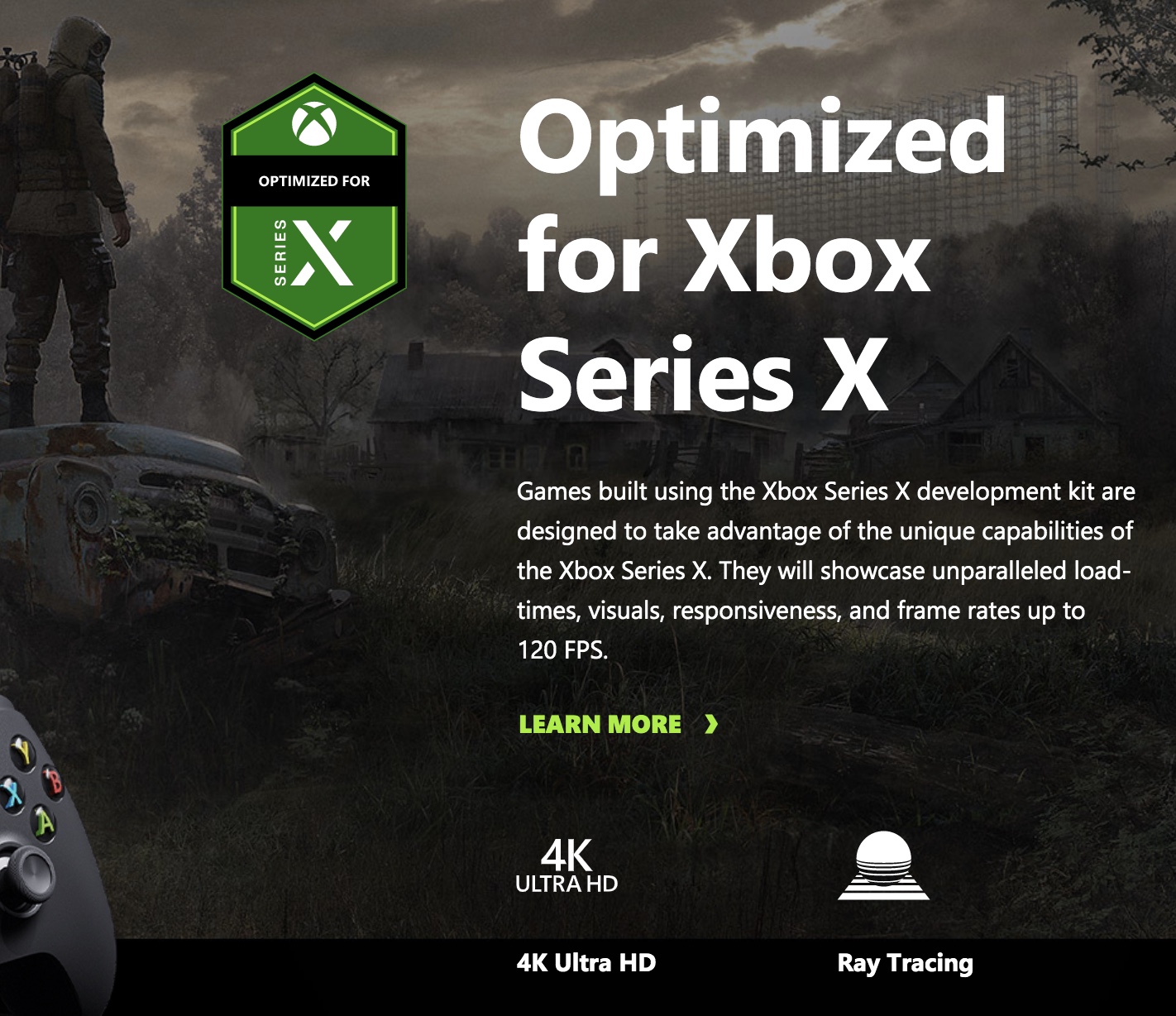 The advantage could mean 120 FPS gameplay, higher visual fidelity, or Ray-Tracing as listed for the game.

Read More: The Medium Runs At 4K/30 FPS On Xbox Series X For “Cinematic Experience”, Other Platforms Not Considered

Here is a description of this upcoming sequel taken from the product page on the official Microsoft website.

The award-winning PC franchise loved by millions of players is making a true next-gen console debut with S.T.A.L.K.E.R. 2. Experience a unique blend of first-person shooter, immersive sim and horror.

The Chernobyl Exclusion Zone is a unique, dangerous and ever-changing environment. It promises a lot — the artifacts of unbelievable value can be yours if you dare to claim them. The price you may pay, on the other hand, is no less than your own life.

One of the biggest open-worlds to date, filled with radiation, mutants and anomalies, is yours to explore. All the choices across the way not only define your own epic story, but influence the future itself. Be mindful about what you see, do and plan, as you will have to find your way through the Zone or be forever lost to it.

The game currently doesn’t have a release window or confirmed date but it was initially announced as a 2021 title but that was later redacted.

STALKER 2 Is Reportedly Delayed To Fall 2022

S.T.A.L.K.E.R 2 Will Murder Your Hard Disk On Xbox Series