Sackboy: A Big Adventure Is A Big Flop, PlayStation’s Worst Launch On PC

Sackboy: A Big Adventure launched just at the end of October and it hasn’t been faring that well in terms of player count and overall sales.

The game had a peak concurrent player count of just over 600, which is a lot lower than the second-lowest launch for a PlayStation game, Uncharted: Legacy of Thieves Collection. The difference between both these games is massive, as Uncharted peaked at over 10k players while Sackboy could only muster 600. 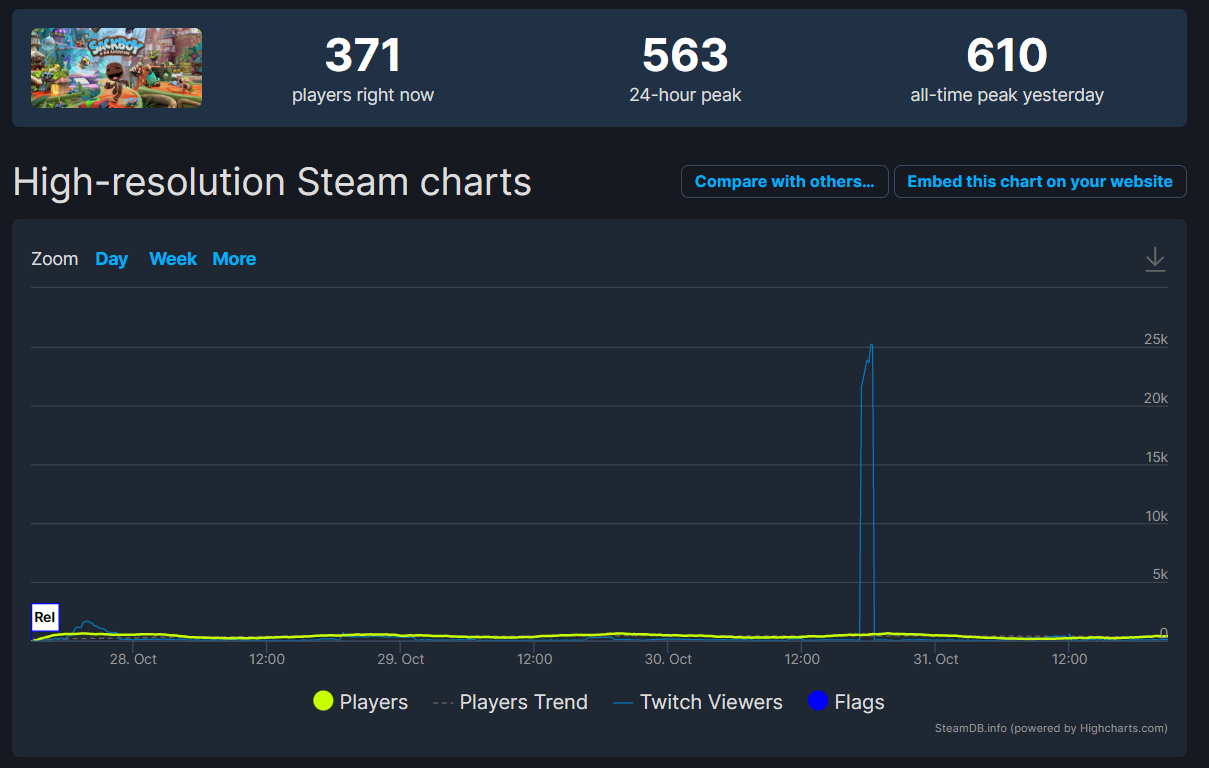 Uncharted: Legacy of Thieves Collection was also a subpar launch at just over 10k players compared to other major releases. This could be showing a sign that the allure of seeing PlayStation games on PC is slowing down as Sony starts to bring more of them to the platform.

Sackboy: A Big Adventure is a pretty decent PC port by all accounts. It offers ray-tracing support as well, which was missing for the PS5 version of the game. While it is also available on the PS4, the visuals have been upgraded for the PS5.

It has mixed reviews from players on Steam because the game suffers from stutters on PC. This is a side-effect of the Unreal Engine 4 shader compilation that affects many other PC games too, like Ghostwire Tokyo and the recently launched Gotham Knights. This could be one of the factors leading to lower launch sales for Sackboy: A Big Adventure on PC.

Sony had quite a lot of success with their games on PC, especially with Steam. They have managed to sell a decent amount of copies of Horizon Forbidden West, God of War, and even Days Gone. However, not every game that they have released on PC has struck gold as seen with the launch of Uncharted and Sackboy. It remains to be seen what will happen with the rumored Returnal and Ghost of Tsushima in addition to the late port of The Last of Us Part 1 Remake.

Previous Article
Sackboy: A Big Adventure PS5 vs PC Graphics Comparison
Next Article
The Last of Us HBO Series Will Premiere On January 15, 2023