Detailed system requirements for the PC version of Saints Row have been revealed by Deep Silver, and it looks like the game won’t be particularly demanding on relatively modern hardware.

The minimum to ultra system requirements for Saints Row on PC can be seen in the image below. The developer recommends making sure that your drivers are up to date and all updates for the game are installed in order to get the best experience. 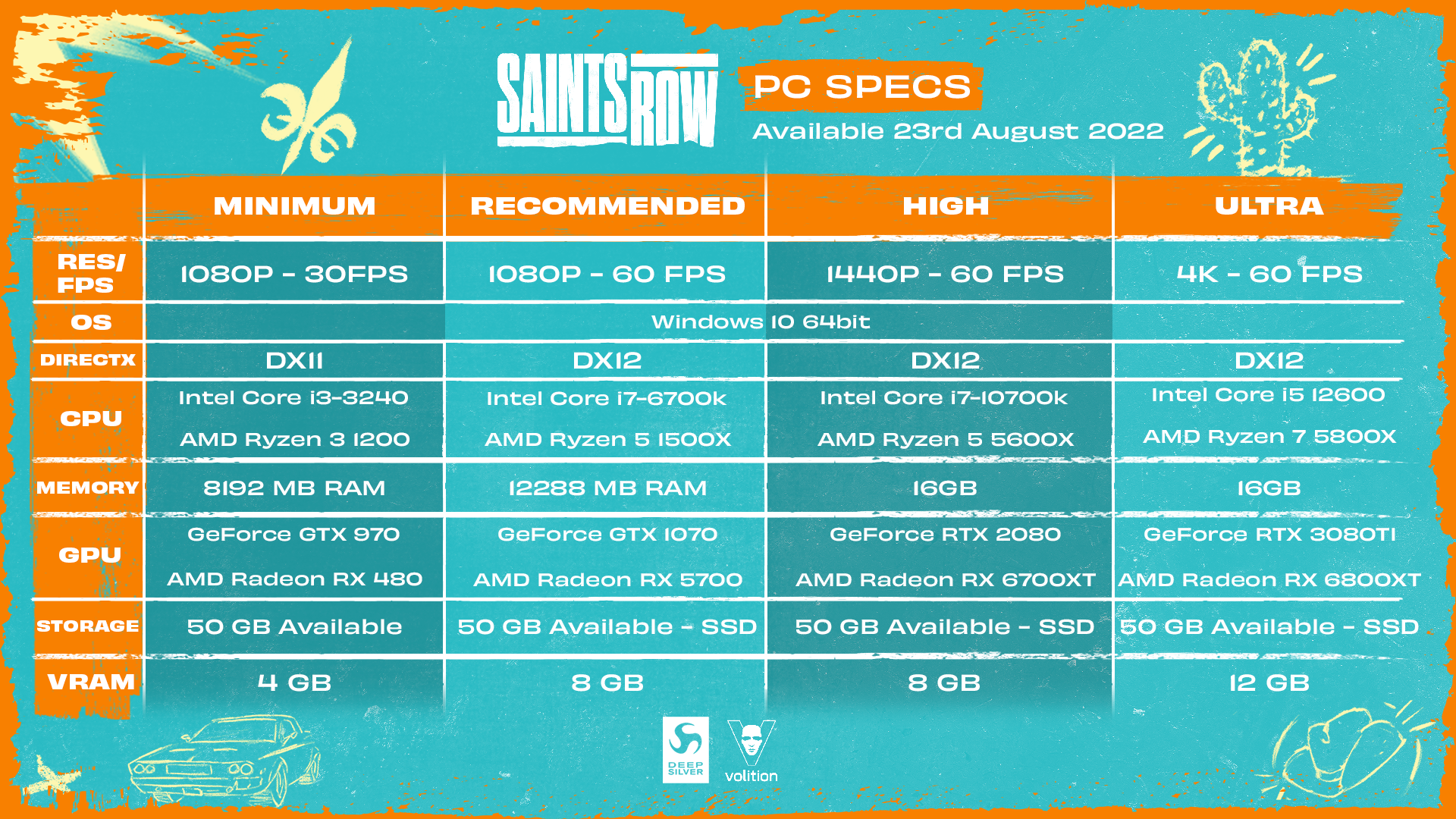 Going by the required specs, Saints Row will support both DX11 and DX12 renderers, though, naturally, only the latter will support ray tracing. The Minimum CPU and GPU specs should ensure that the game runs at 1080p and 30fps, while the Recommended specs double the frame rate to 60fps. Meanwhile, the recommended specs for High and Ultra settings can both deliver 60fps, though the former can only do so at up to 1440p while the latter can go all the way up to 4K.

In terms of storage space requirements, the game weighs in at 50GB. While an SSD isn’t required to run the game at the Minimum setting, it is recommended for the Recommended, High, and Ultra presets. It’s likely that the game will run fine for the most part on all settings when using an HDD with a reasonably high RPM, though occasional hiccups due to data streaming should probably be expected.