Sekiro: Shadows Die Twice is a hard game as we have explained it in our review, and there is a lack of easy mode for it. Today is April 1st so while there is a reason to be wary of any news, some fans were fooled by an image that reportedly showcased Sekiro Easy Mode.

Sekiro: Shadows Die Twice doesn’t offer any option to change the difficulty. You start the game as it is and then play through it without adjusting any options for the difficulty. It is not a hard game if you can learn to master the combat mechanics as parrying and deflecting back attacks is essential to get the combat system.

No, there is no Sekiro easy, normal, or even hard mode. The game basically lets you play with the default difficulty setting. You can start a new game plus after finishing it but that’s it.

There was an image making the rounds online from a purported new update that added the ability to select an easy mode. 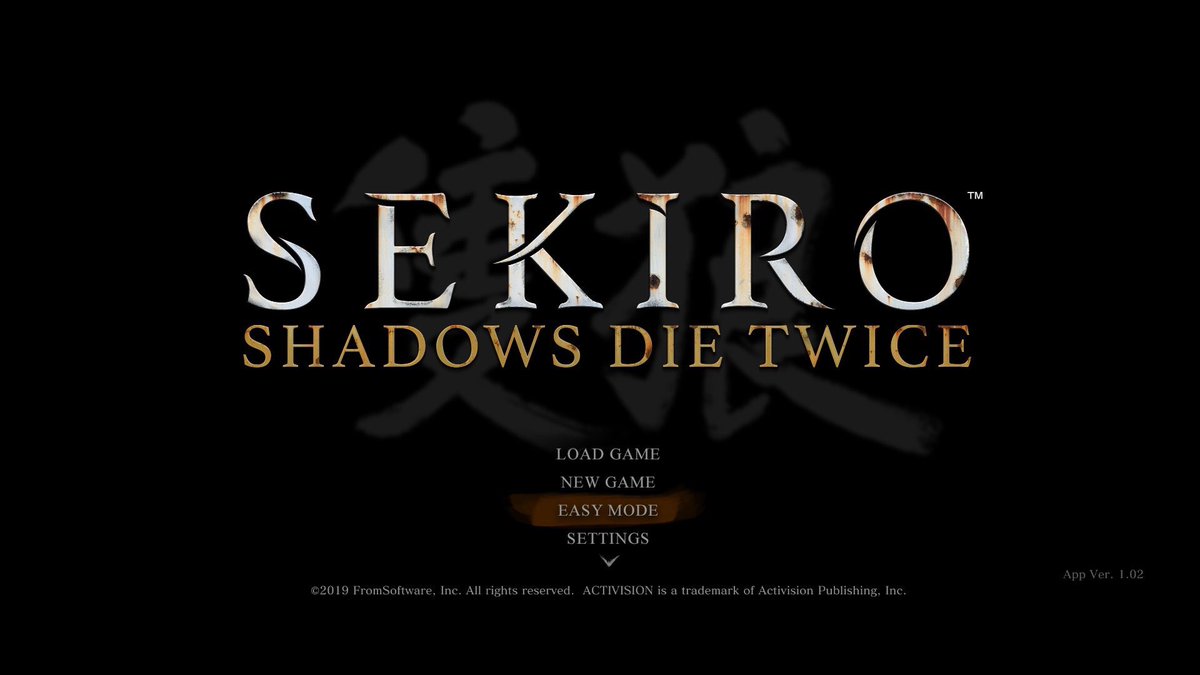 In case it is not clear here, this is a photoshop that aims to make fun of the users who were asking for an easy mode for Sekiro. Honestly speaking, if you want to finish Sekiro, there are a lot of options to do it, by learning the gameplay, practicing it with the monk in the first area, and so on.

If you find yourself courageous enough to challenge Sekiro, you can attempt it on the PS4, Xbox One, and PC. The game runs at an uncapped frame rate targetting 60 FPS on the PS4 Pro and Xbox One X.