Atlus has confirmed the release date for Shin Megami Tensei III HD and shared new screenshots, details, and pre-order information on the game.

There will be two different editions that are available to pre-order starting today. One is the standard edition for $49.99 while the other is the Deluxe edition for $69.99. 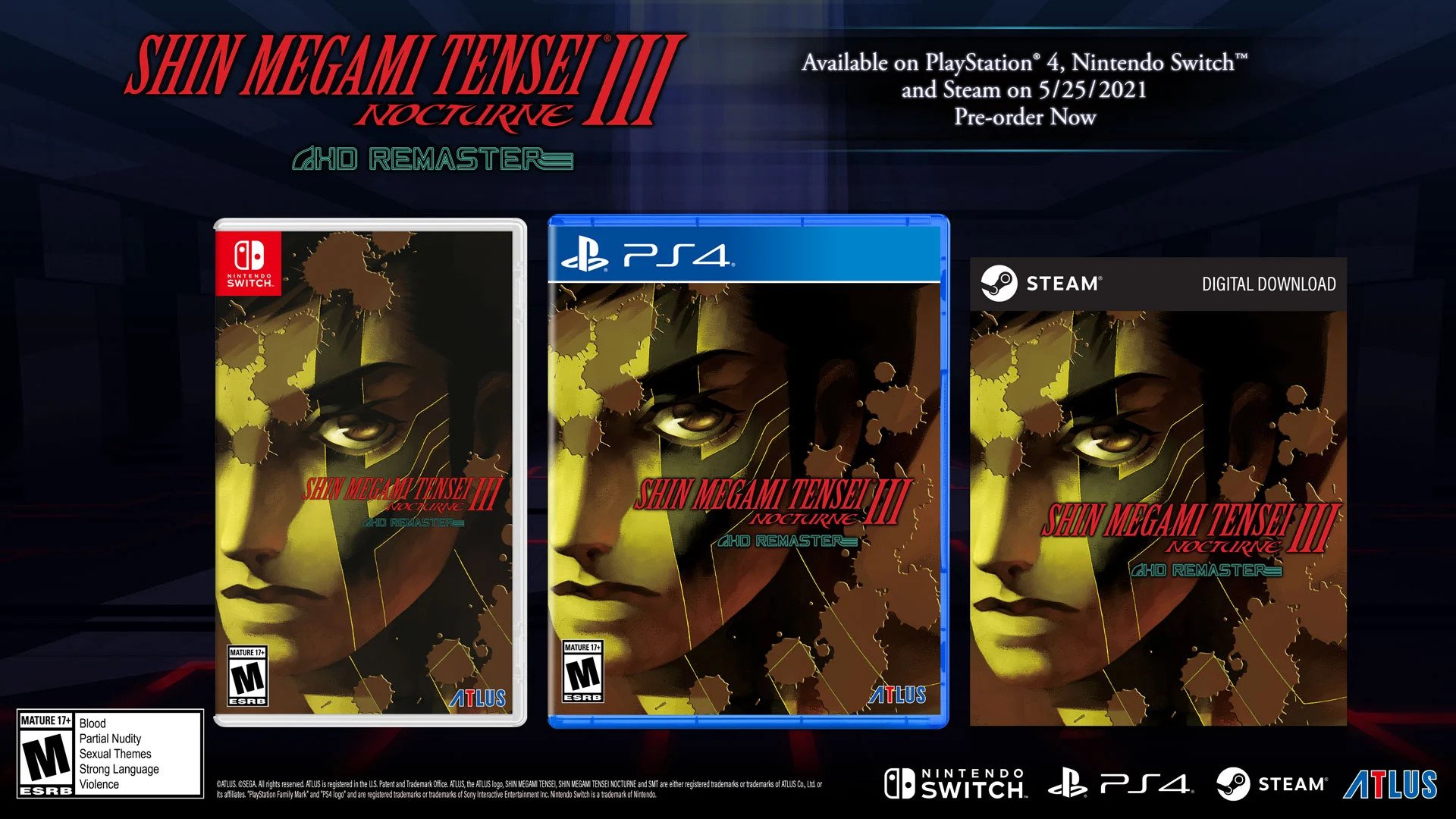 It comes with the following bonus.

Shin Megami Tensei III HD Remaster will be out on May 25, 2021, and release for PC, PS4, and Nintendo Switch. Atlus has confirmed that this release features fixes, including patches implemented since the Japan release. The original release in Japan had some issues including performance but they were fixed with post-launch updates.