Multiple Silent Hill projects, including a remake of Silent Hill 2, have been leaked via the official Silent Hill transmission YouTube video that is scheduled to go live on October 19, 2022.

A Reset Era member was able to extract tags from the official Silent Hill transmission video on YouTube, revealing the names of multiple projects, including a Silent Hill 2 remake. The tags can be seen in the screenshot below. 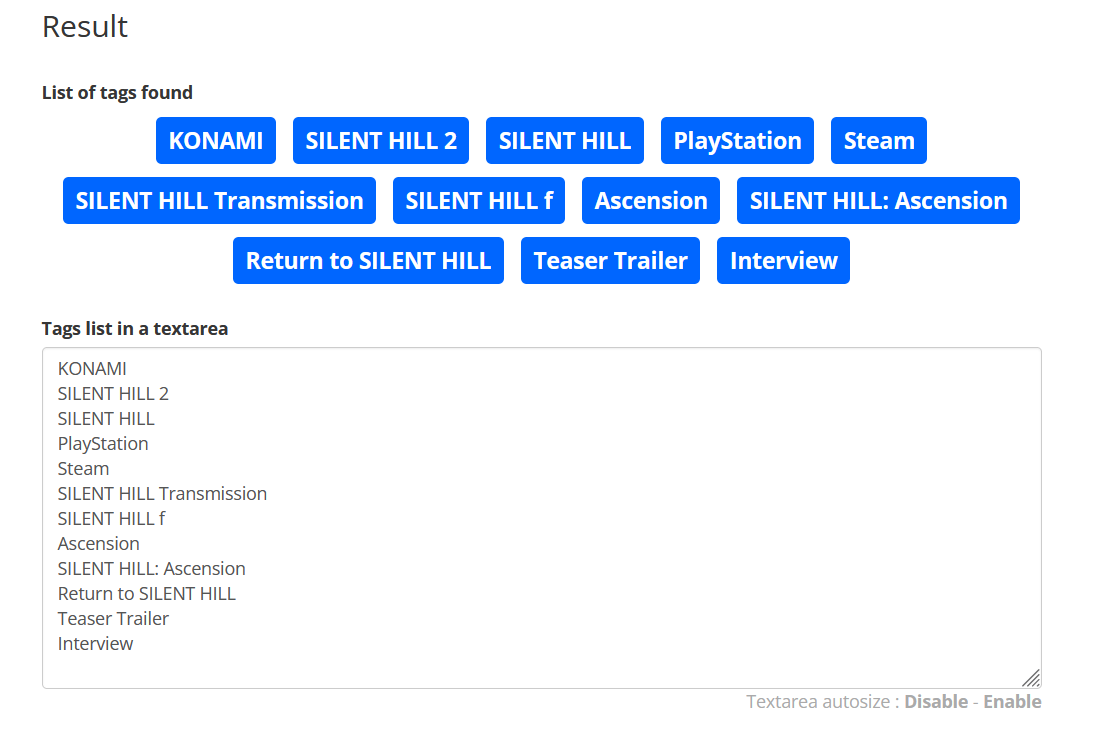 Our readers may verify the above information by following the link here and pasting the video URL in order to get the same results.

The leaked project names include what appear to be remakes for Silent Hill and Silent Hill 2 as well as a brand new entry titled Silent Hill: Ascension. The name Return to Silent Hill is also listed, implying that the transmission will likely provide new details on the Silent Hill movie. In addition, the tags “PlayStation” and “Steam” were found, while there’s no mention of Xbox or Nintendo, implying that these games may be exclusive to PlayStation consoles at launch.

Yesterday, the official Sillent Hill twitter handle announced that a live transmission is scheduled for Wednesday, October 19, 2022, during which Konami will provide the latest update on the series. The announcement was later referenced by the Silent Hill 2 director, implying that he may be involved in some capacity.

Konami has also launched a teaser website for the scheduled Silent Hill series reveal, and it can be seen by following the link here.