Gamescom 2019 is due soon and while Sony and Microsoft are not hosting their own press conference, they do have some new announcements for the mega event.

Read More: Days Gone Update 1.31 Is Out With Some General Fixes

Here is the list of publishers who are expected to make an announcement during Gamescom 2019.

Keighley has said that there will be more announcements so keep on the lookout for any additional surprises during that event. 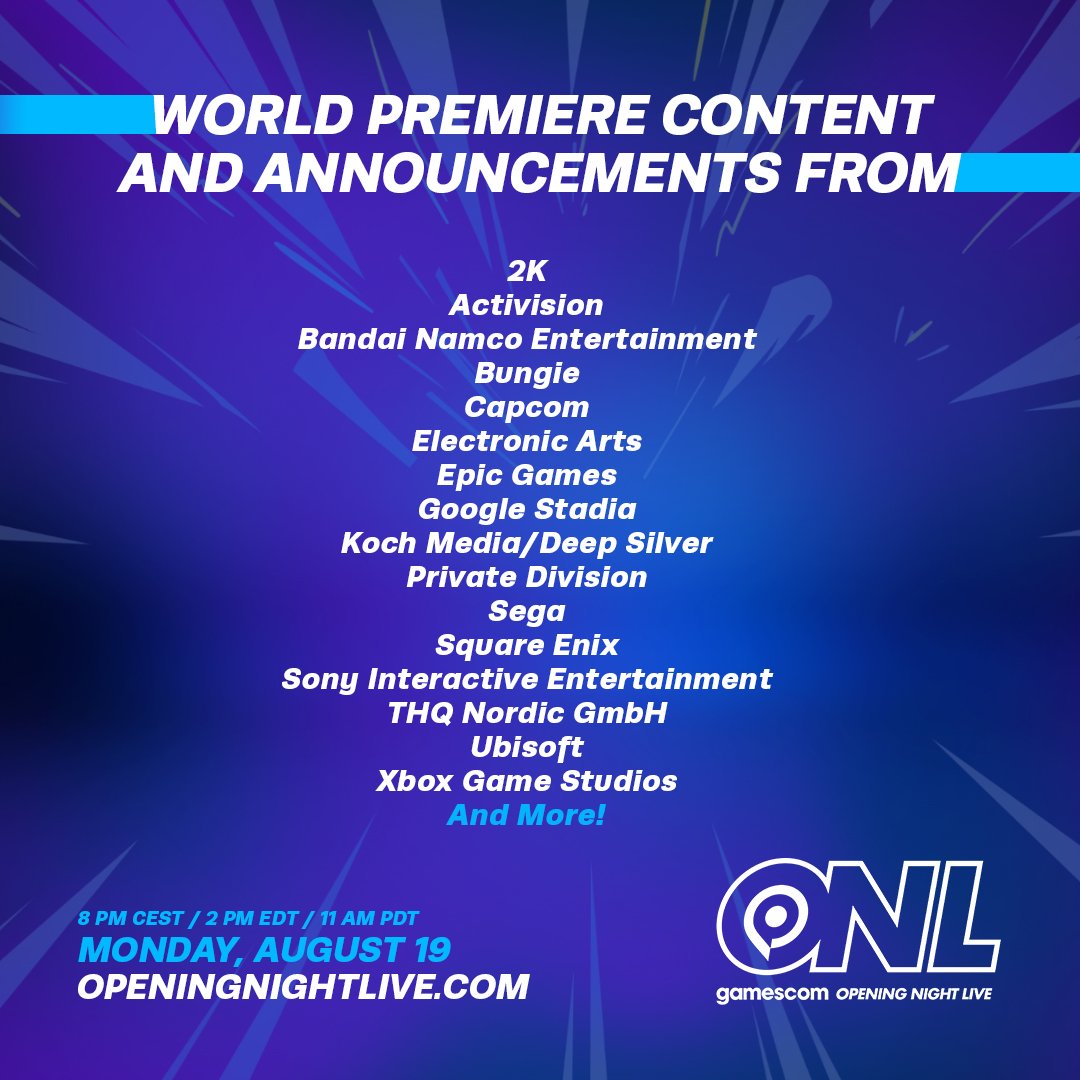 As for when this event will take place, Opening Night Live will happen on August 19 at 8 AM CEST/ 2 PM EDT/ 11 AM PDT. You can watch it on the official website or through YouTube, Twitch, and other streaming platforms.

Gamescom 2019 will be held in Cologne, Germany. It is a big event that also features many new announcements. Sony is rumored to announce a release date for The Last of Us Part 2. Capcom is reportedly working on a brand new Resident Evil game. Google Stadia is also expected to make some announcements during Opening Night Live.