Capcom has revealed the first ever gameplay footage for Street Fighter 6 in a brand new trailer during PlayStation’s State of Play event. The trailer shows off some of the new mechanics introduced in Street Fighter 6. The game is slated to hit PS4, PS5, Xbox Series X/S, and PC in 2023.

Going by the trailer, Capcom is aiming for a hyper-realistic aesthetic for SF6. You’ll notice improved graphics in every area of the game, thanks to the RE Engine. Sweat beads will roll across character skin in the heat of the battle, muscles will tense up when utilized, and cherry blossom petals will have proper physics applied to them. When you combine this visual improvement with the explosive splashes of paint and the spectacular graffiti treatment, you’ll have a unique aesthetic style for Street Fighter 6.

Ryu, Chun-Li, and Luke are all back in Street Fighter 6, and they’ve all been redesigned for this new era. Jamie, a brand-new face to the game, will bring his own flavor with his unique move set, which includes break dancing and sipping a ki-unleashing drink. His fighting style is based on drunken boxing.

SF6 introduces the Drive System, which involves managing the Drive Gauge. This gauge can be used to execute five different techniques that can help you improve your attack or defense. A Drive Impact is a strong blow that may absorb an opponent’s oncoming attack and results in a wall splat. Drive Parry may be used to deflect an opponent’s assault while also replenishing your Drive Gauge. 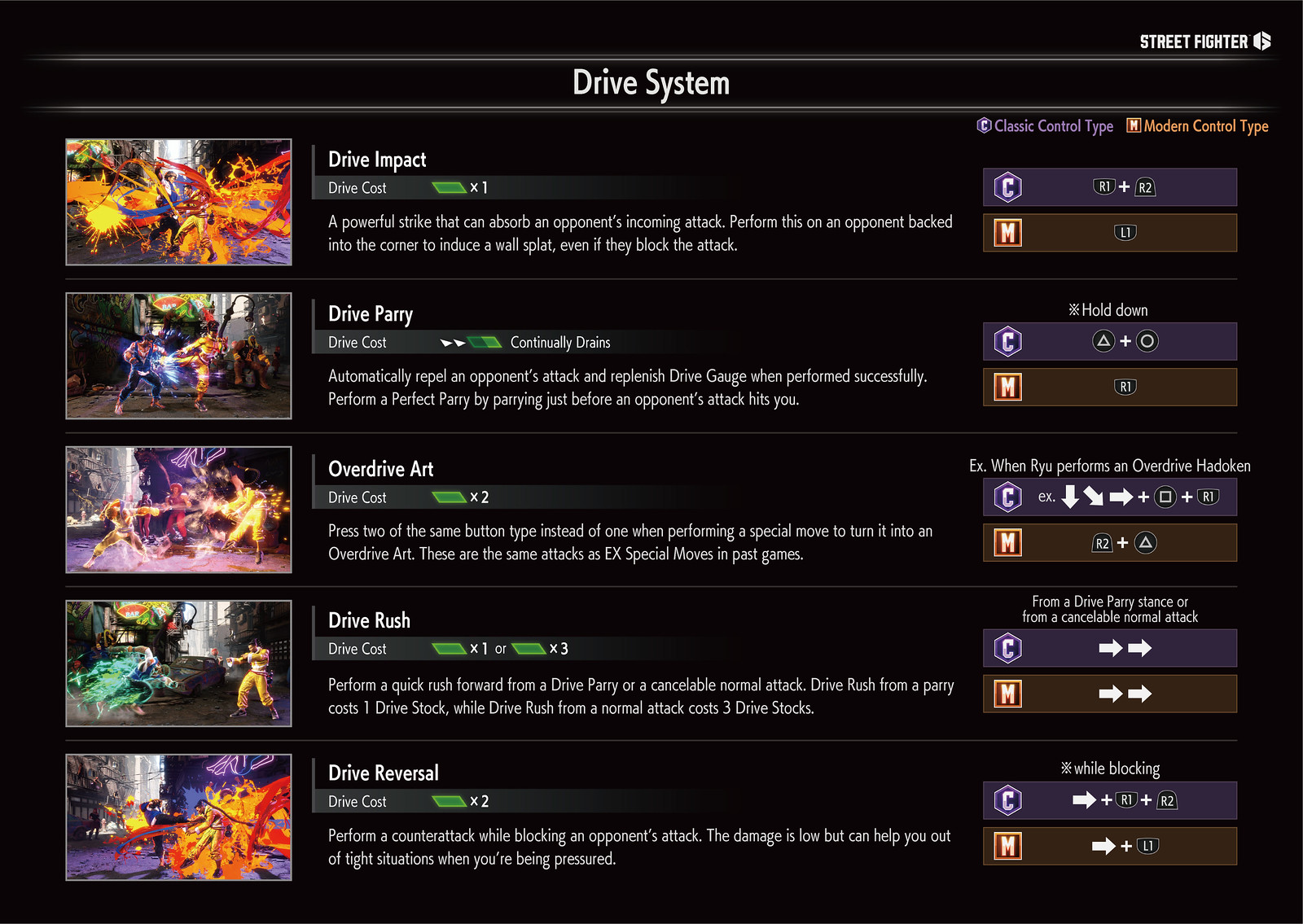 To quickly close in on your opponent, cancel out of a Drive Parry or standard attack into a Drive Rush. Overdrive Arts are similar to EX Moves from previous games in that they increase the strength of your special moves. To break free from tight situations, players can use Drive Reversal as a counterattack. The Street Fighter 6 community will have the opportunity to get creative with these five techniques, and use them in imaginative ways over the lifespan of the game.

Capcom is introducing a new control option in Street Fighter 6 for players who are concerned that fighting game controls are too complicated and just want to release their inner fighter. First and foremost, with its six-button layout, Classic Control Type is what veterans can expect to utilize for inputs. 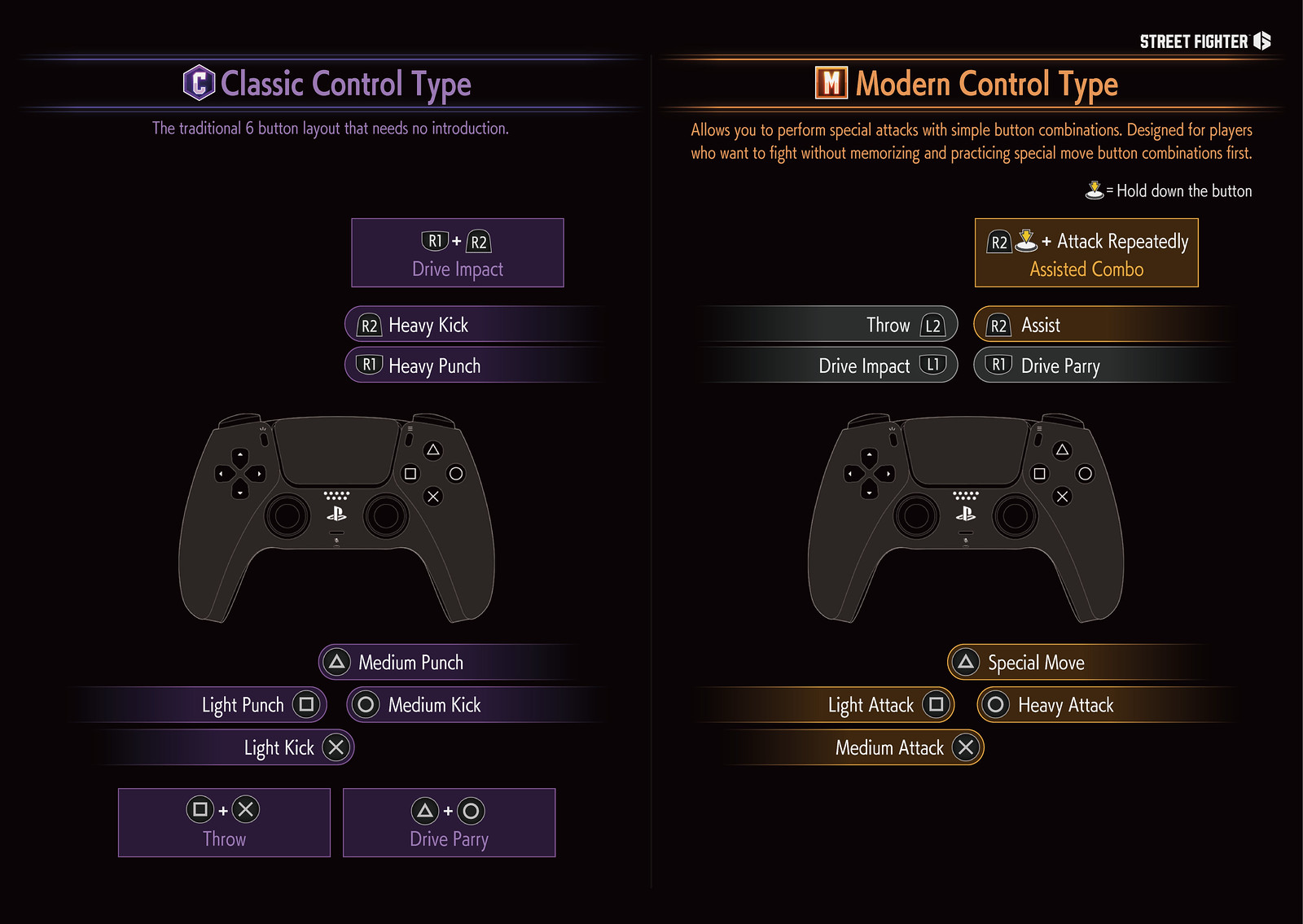 The Modern Control Type allows for simpler inputs by combining the “Special Move” button with one directional input to execute a special move. This is ideal for inexperienced players or those who have previously found traditional command inputs to be too tough. Your character will be able to perform some of their most flashy strikes with only a few button presses, if you choose to play using the Modern Control Type.

Capcom is collaborating with well-known FGC (Fight Game Community) commentators and other well-known celebrities to bring their voices into the game! Enter a match, and their voices will narrate what is going on screen as the fight progresses, much as in a genuine tournament.

This feature will give easy-to-understand explanations regarding games, in addition to adding to the excitement. This will aid newcomers to Street Fighter in gaining a better understanding of the mechanics to employ in future bouts! For further accessibility, the Real Time Commentary Feature will provide subtitles in 13 languages. Vicious and Aru are the first renowned commentators to join this feature, and the rest of the lineup is set to be announced later on.

SF6 introduces two brand new game modes, namely World Tour and Battle Hub. World Tour is a single-player immersive narrative mode in Street Fighter 6 that pushes the boundaries of what a fighting game can be and allows you to leave your own legacy with your player avatar. 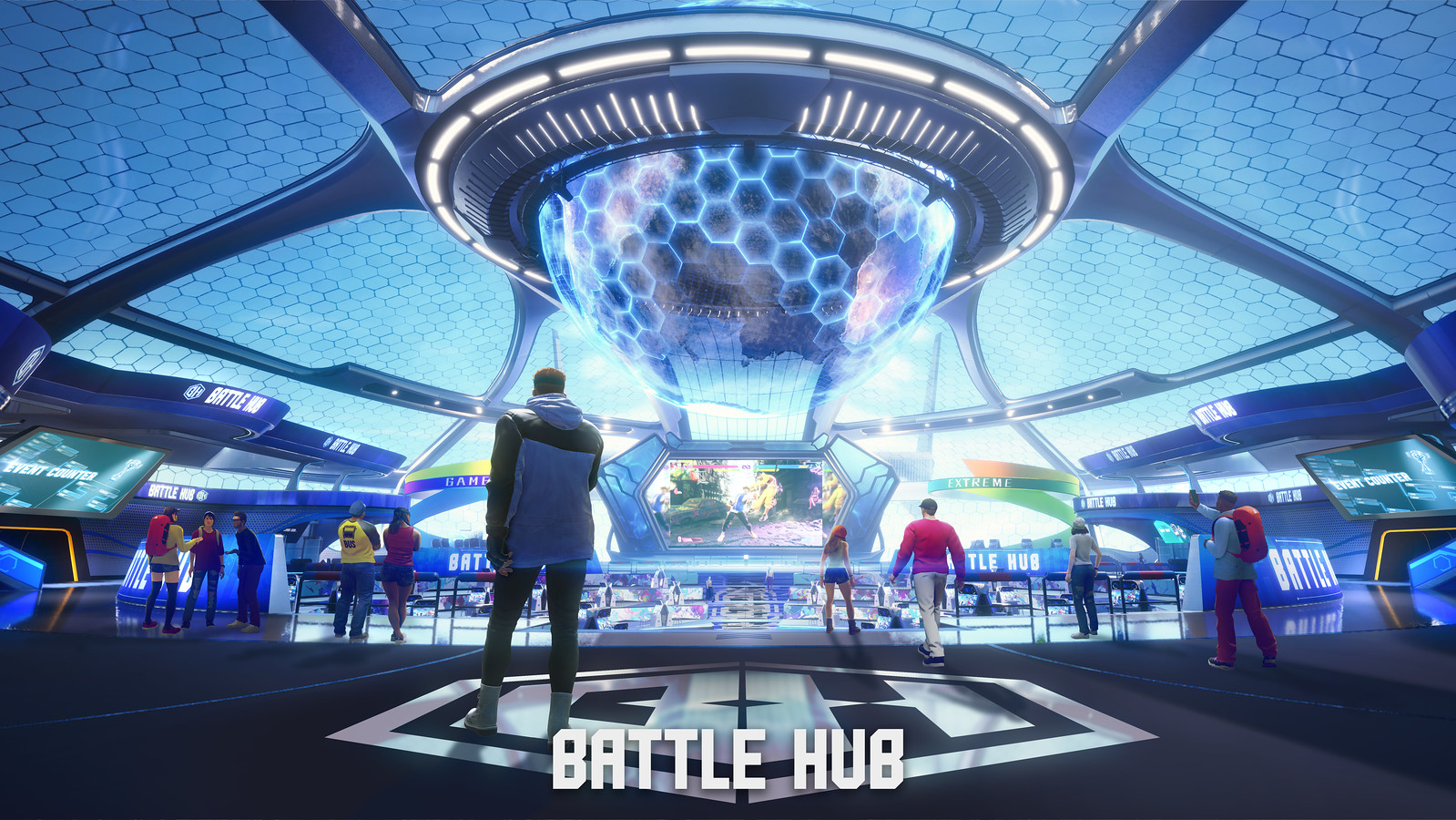 While the Battle Hub, which is briefly seen towards the end of the trailer, appears to be a hub area for online battles. According to the developer, it will also include new and unique means of participation and communication. Capcom will conduct a deep dive of both modes in the future.

We’ll have more information on Street Fighter 6, including its full launch roster, as it becomes available.