The Surge 2 PS4 Pro vs. Xbox One X Difference Explained

The Surge 2 is an upcoming action RPG from Deck13. It will offer support for both the PS4 Pro and Xbox One X. Here’s how the game is different for both platforms.

Deck13 has now revealed the resolution and frame rate for The Surge 2 on both PS4 Pro and Xbox One X. While they didn’t share any information on the regular PS4 and Xbox One, the enhanced consoles were confirmed to support 60 FPS.

Read More: Xbox Game Pass Is Getting Some Major New Games In September 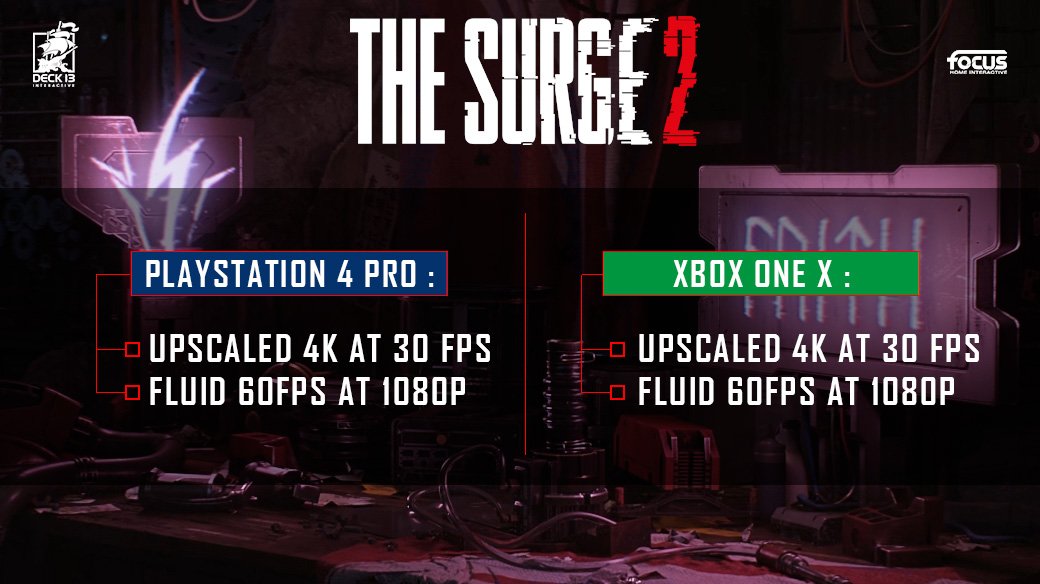 The resolution and frame rate for The Surge 2 appears to be similar on both the enhanced consoles at first glance, however, there is likely going to be a difference with the resolution when running in the 4K mode. The Xbox One X could run it at a higher resolution than the PS4 Pro considering the difference in their specs.

What will be identical between the two platforms is the frame rate, which has been confirmed to run at fluid 60 FPS on both PS4 Pro and Xbox One X. This mode might run at a lower resolution but it will offer a smoother experience.

The Surge 2 is expected to launch for the PS4, Xbox One, and PC on September 24.

Tags:
Previous Article
MediEvil PS4 Remake Goes Gold, Set To Launch In October
Next Article
FIFA 20: How To Get All Trophies and Achievements Guide