The latest entry in Ubisoft’s open world action adventure series, Assassin’s Creed Mirage, will feature a Wanted system that is new to the series.

During a recent interview, Assassin’s Creed Mirage creative director Stephane Boudon revealed that the game will feature a brand new Wanted system that will make the game more reactive to player actions. 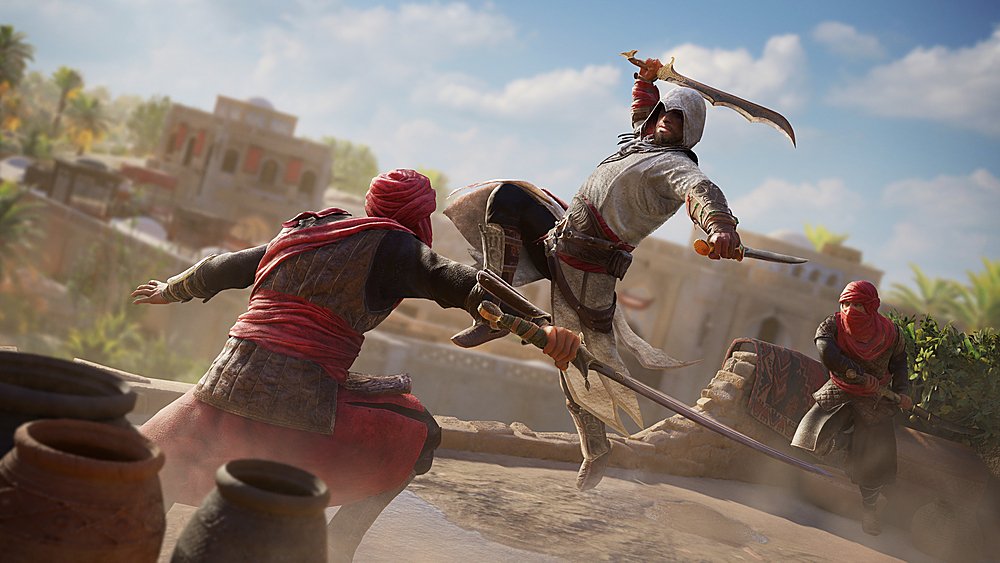 You can now be chased on foot inside the city if an anomaly is detected. As in the previous entries, you also have the ability to blend into the crowd, though the crowd in Assassin’s Creed Mirage can sometimes recognize you if you’ve previously been flagged as a wanted individual.

Boudon stated that the ultimate goal with Mirage was to create a proper simulation of an Assassin’s Creed game. The game features three distinct wanted states. The first a warning state where the player can still evade enemies relatively easily, and it’s meant as a warning sign for the player. Next up is the search state, where NPCs get more aggressive and begin to look for you and try to investigate your location. The final state is simply when you begin a fight and enter conflict. These different phases of the Wanted system will be conveyed to the player via the game’s UI.

Assassin’s Creed Mirage’s AI system has also seen some overhauls. The studio has put a lot of effort into the cohesive interactions between AI, so player detection will work more cohesively across NPCs. There are a lot of different behavioral archetypes that will play out according to the different wanted states. For example, some enemy types are able to use their horn to call in reinforcements.

Previously, it was revealed that Assassin’s Creed Mirage has been given a rating of “Adults Only 18+” by the ESRB. The description of the AO rating for Assassin’s Creed Mirage is titled “Adults Only 18+”, and it states that the game will feature intense violence, blood and gore, sexual themes, partial nudity, and real gambling. It also highlights that the game will include in-game purchases.