Borderlands 3 Pre-Order: Here’s What You Get In Deluxe, Collector’s Edition and Season Pass

Gearbox Software has shared the release date for Borderlands 3. They have also revealed some lovely 4K screenshots and confirmed the details on what’s included in the Deluxe, Collector’s Edition, and the Season Pass for the game.

Borderlands 3 is all set to launch on the PS4, Xbox One, and PC on September 13, 2019. This is the same release date that was leaked earlier by the official Twitter account. It will come with three different editions.

The price of $99.99 or the Super Deluxe Edition will expire on September 17, 2019, so if you want to get it cheaper, you will have to pre-order the game or get it within the launch week. 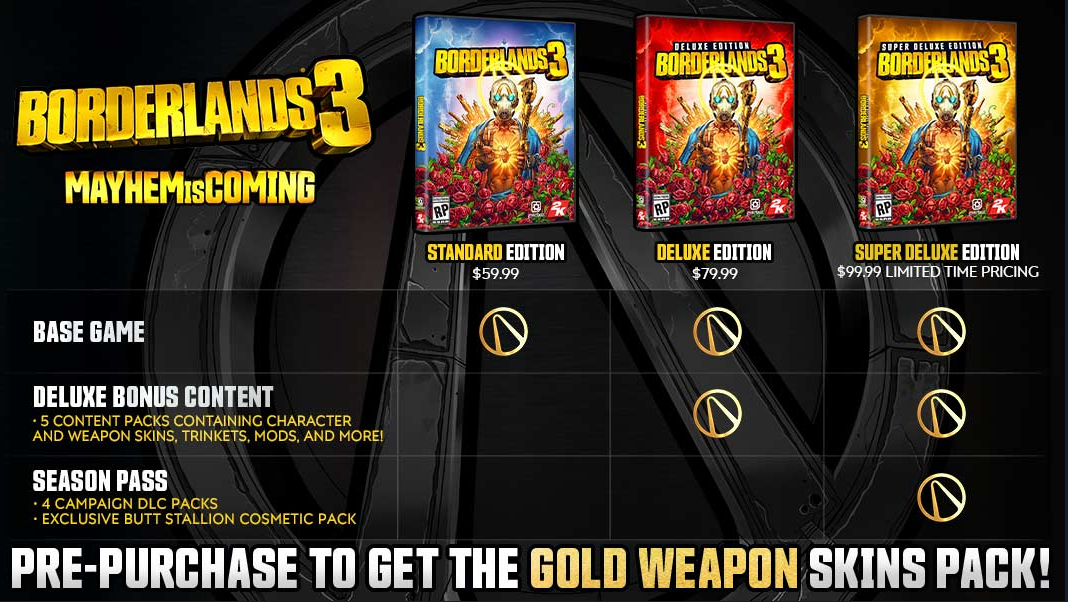 If you are ready to get Borderlands 3, you can pre-order it right now or wait until the game launches on September 13, 2019, for the PS4, Xbox One, and PC.

Previous Article
Check Out Some Great Looking 4K Screenshots For Borderlands 3
Next Article
Apex Legends Servers Are Down After Update 1.1 As Players Report Losing All Progress