Call of Duty Modern Warfare 2 will require 130 GB of minimum file size, as the game receives a large patch in the form of update 1.03 ahead of launch. 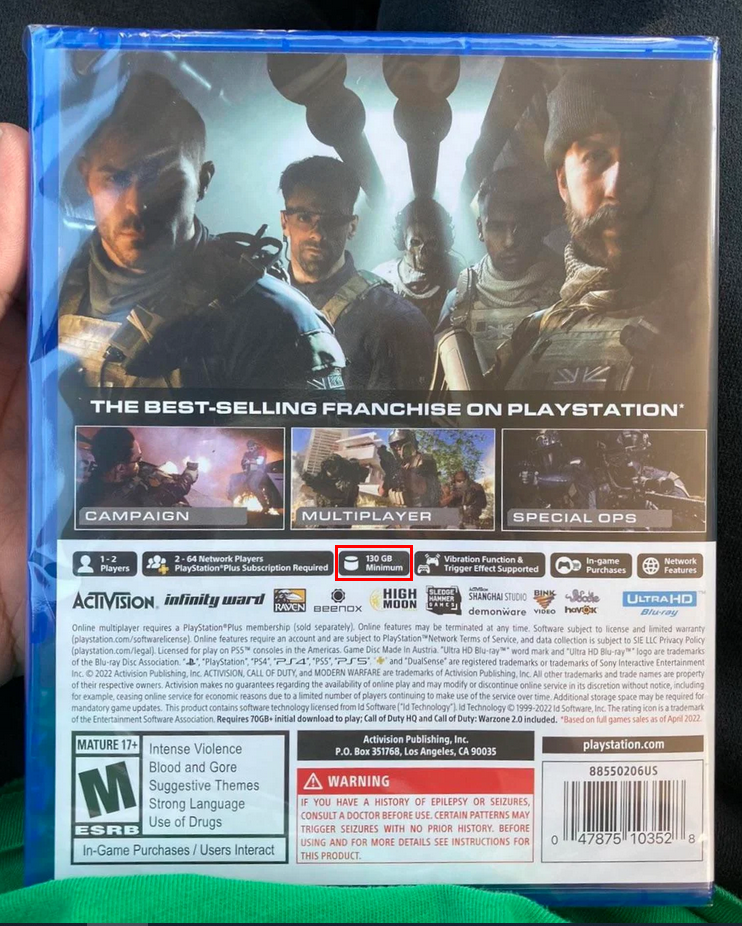 The currently known patch notes for update 1.03 are as follows:

After this new update, however, it appears that Call of Duty Modern Warfare 2 may require a minimum of 130 GB of free space on the console storage, as seen at the back of the game’s box. The text at the back of the box states that the game requires a 70 GB+ initial download in order to play, and Call of Duty HQ and Call of Duty Warzone 2.0 are included as part of this initial download. Patch notes as well as the actual download size of the update are unknown at this point, though PlayStation Game Size terms it as “big”.

Previously, it was revealed that the Call of Duty series, Modern Warfare 2 campaign requires a persistent internet connection in order to run on PC. Those who pre-ordered their copy of Call of Duty Modern Warfare 2 were given early access to the single-player campaign on October 20, 2022. However, PC players quickly learned that it is not possible to play the campaign without having a persistent internet connection.