CD Projekt Red has clarified that Cyberpunk 2077 won’t require 200 GB hard disk space. They replied to this in response to a promo image from Nvidia.

Cyberpunk 2077 was showcased during a live stream held by Nvidia that revealed their next-generation GPU architecture, Ampere. The first in the line of GPUs is out in September. Nvidia was showcasing the advantages of their new architecture and showcased a new trailer for Cyberpunk 2077 that teased Ray Tracing effects in the game.

In another promotional image, they talked about next-generation games required huge hard disk space, as much as 200 GB. The promo image used Cyberpunk 2077 which led some fans to believe that it could be hinting at the file size of the game. 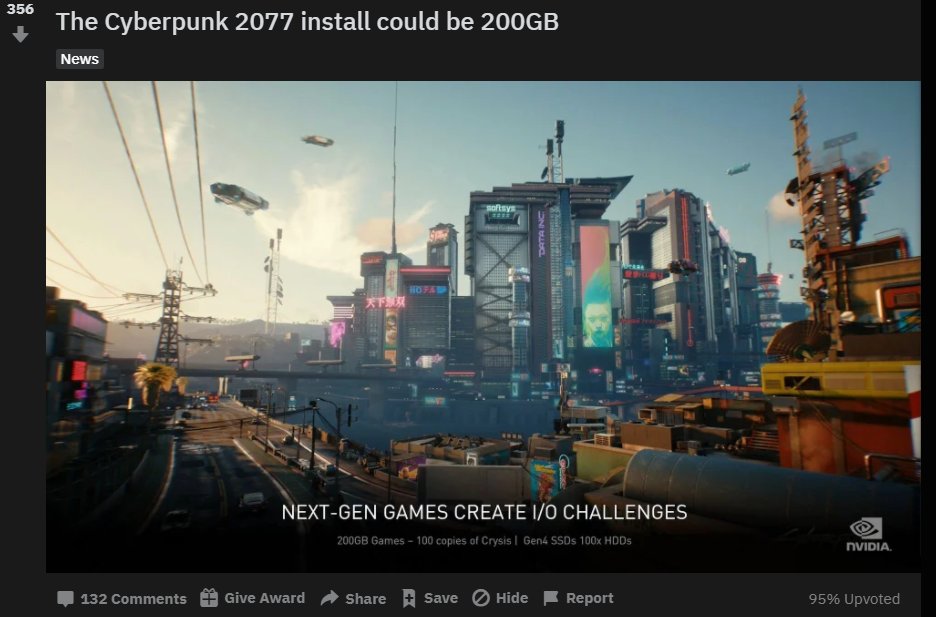 Marcin Momot has also talked about the system specs coming soon although they haven’t been shared by CD Projekt Red on Steam. CP 2077 will also get a free upgrade for next-generation consoles in 2021. The PC version will launch with features like Ray Tracing which puts it ahead of the current-generation consoles.