Will Death Stranding Launch In 2019? Best Buy Canada Thinks So

Death Stranding is an enigma shrouded in mystery, but perhaps we are not that far from solving it.

Best Buy Canada is marketing the game as releasing in 2019, as spotted by a Reddit user. There is a small blub posted on the pre-order card that users can pick from Best Buy and bring to the cashier to place a pre-order for the game. This blurb states that the game will release in 2019. 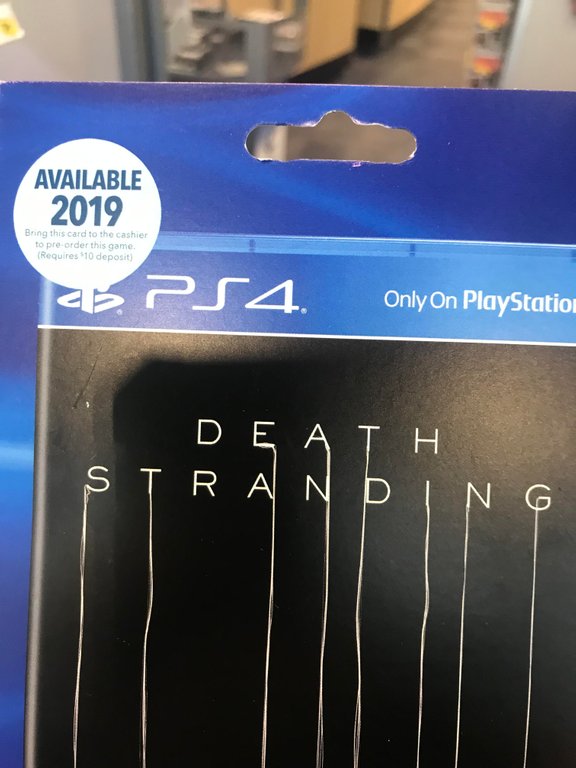 The release date of Death Stranding is something that we have already speculated that will launch in 2019. The development of the game is progressing smoothly and the game director Hideo Kojima even showcased 2 hours of gameplay footage to various developers recently, and the reception has been quite positive.

Death Stranding is the new project from Hideo Kojima, a video game auteur who rose to fame with Metal Gear Solid series. Kojima left Konami to create his own venture and joined in a partnership with Sony to develop Death Stranding as a PS4 exclusive. They took help from Guerrilla Games and used their Decime Engine, which is why the development was going smoothly since it is quite an efficient game engine.

Will Death Stranding release in 2019? Best Buy Canada has listed it as such but the release date will be only revealed by Hideo Kojima, so this is going to be a long and painful wait for it. Perhaps, Sony will drop it ahead of the rumored PS5 that might get revealed this year.