Diablo II Resurrected is a remake that falls short of the expectations set by its predecessors. How can you bring a game that was launched more than two decades ago back to life? In the case of Diablo II Resurrected, Blizzard believed that merely upgrading the graphics and online functionality would be enough. Unfortunately, it also leads to some major flaws being overlooked, particularly ones that appear archaic in today’s gaming landscape.

First and foremost, a word to the wise. If you’ve never played a Diablo game before, don’t start with this one. You’re better off playing Diablo III or waiting for Diablo IV to be out. The reason why I am recommending bypassing it will become obvious later. Essentially, this game is tough to grasp if you have never played a Diablo game before, but if you have, by all means, choose this one. 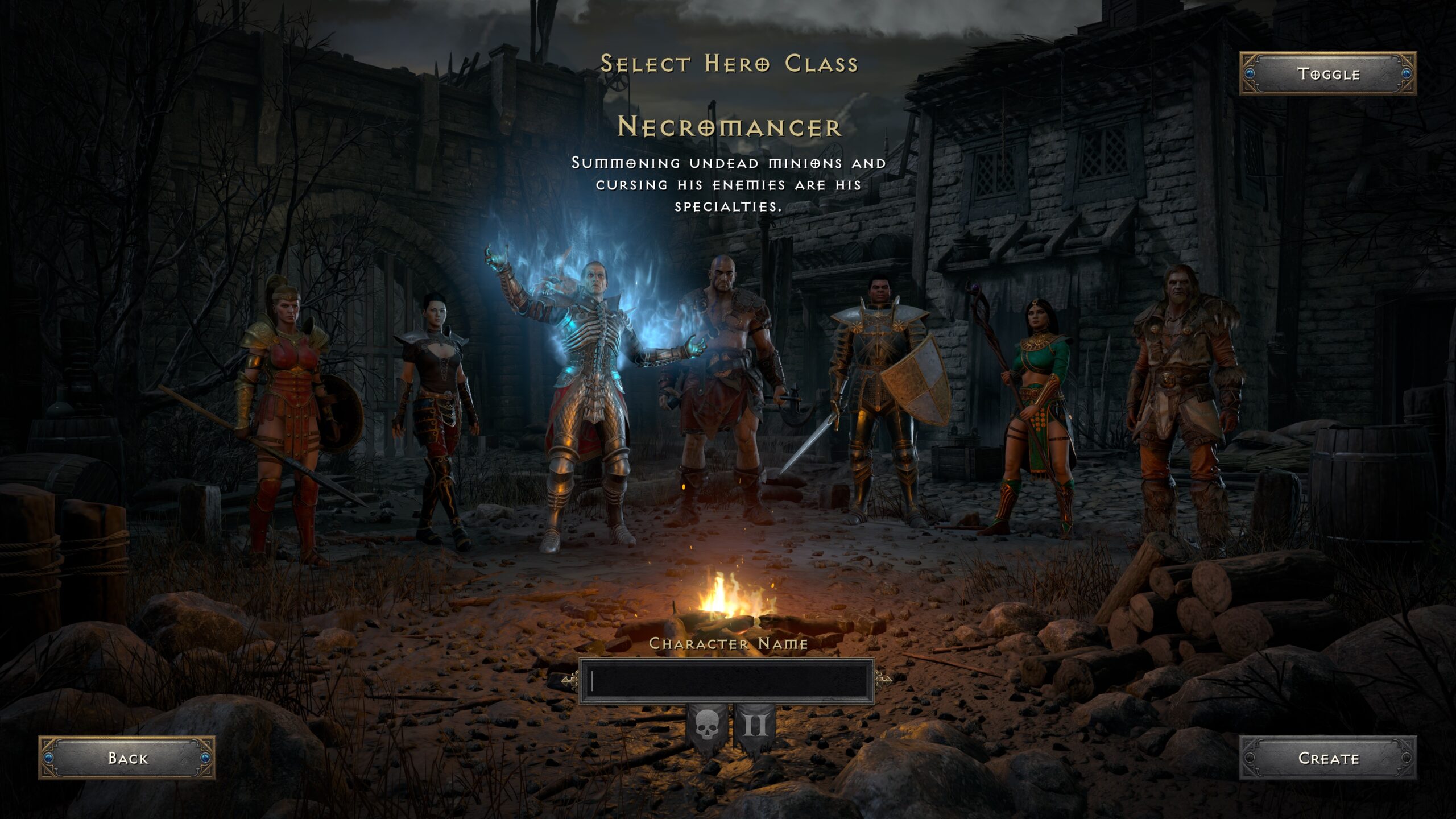 I’m not shocked that Vicarious Visions, who worked on this new Diablo II remake, kept the original game untouched while simply remastering the graphics and internet connectivity elements. They previously worked on the Crash Bandicoot Trilogy, which used a similar approach and was rather successful. The problem I had with Diablo II Resurrected was that it just did not hold up. The controls, user interface, and game design all feel dated, especially since Diablo III paved the way for a more streamlined experience on modern platforms.

It’s also worth noting that Diablo II is now playable with a controller on consoles for the first time since the game was previously only available on PC. Thankfully, the controls translate well to the different systems, such as fighting and movement, but they do take some getting accustomed to at first. Running still employs a stamina gauge, so if you consume too much, you must wait for it to recharge. In the beginning, you don’t have any tutorial to assist you to get through the nitty-gritty details, so you either rely on your memory (if you’ve played it before) or wander into the wilderness without any direction. 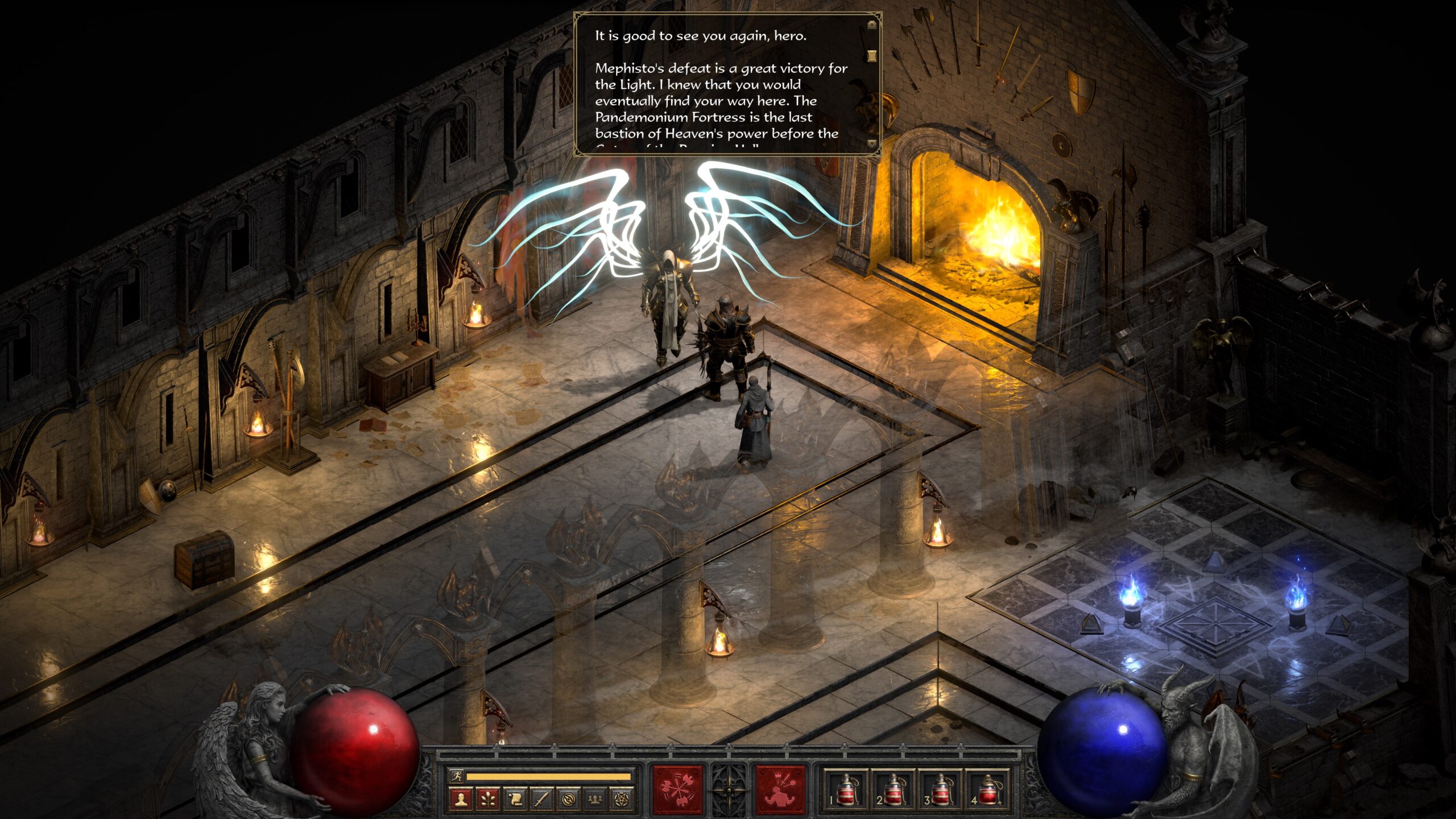 I believe that the developers should have prioritized the user interface and user experience. The font size is also a little too tiny, so if you’re conversing with an NPC, you’ll struggle to read it. The text size is more noticeable on a smaller screen than on a larger one. While the game plays at a 4K resolution, as previously mentioned, it does not manage to maintain native 4K, especially if you wish to enjoy it at 60 frames per second. After experiencing the same thing with Diablo III, I believe that 60 FPS is required to appreciate the game. In this regard, the game defaults to a quality option that plays in 4K but reduces performance to 30 frames per second, and a performance mode that runs at 1440p/60 frames per second.

Diablo II’s basic loop is still enjoyable to play. You progress through dungeons after dungeons, fighting enemies and gathering riches. The game is structured into five acts, each of which culminates in a difficult boss encounter. You may utilize the loot you’ve gathered to level up your characters. They also collect experience points when battling enemies, which allows them to learn new offensive and defensive skills. The game invites us to try out other classes like Barbarian, Paladin, and Necromancer. These also add to the replay value for individuals who like to play a game with a different class. 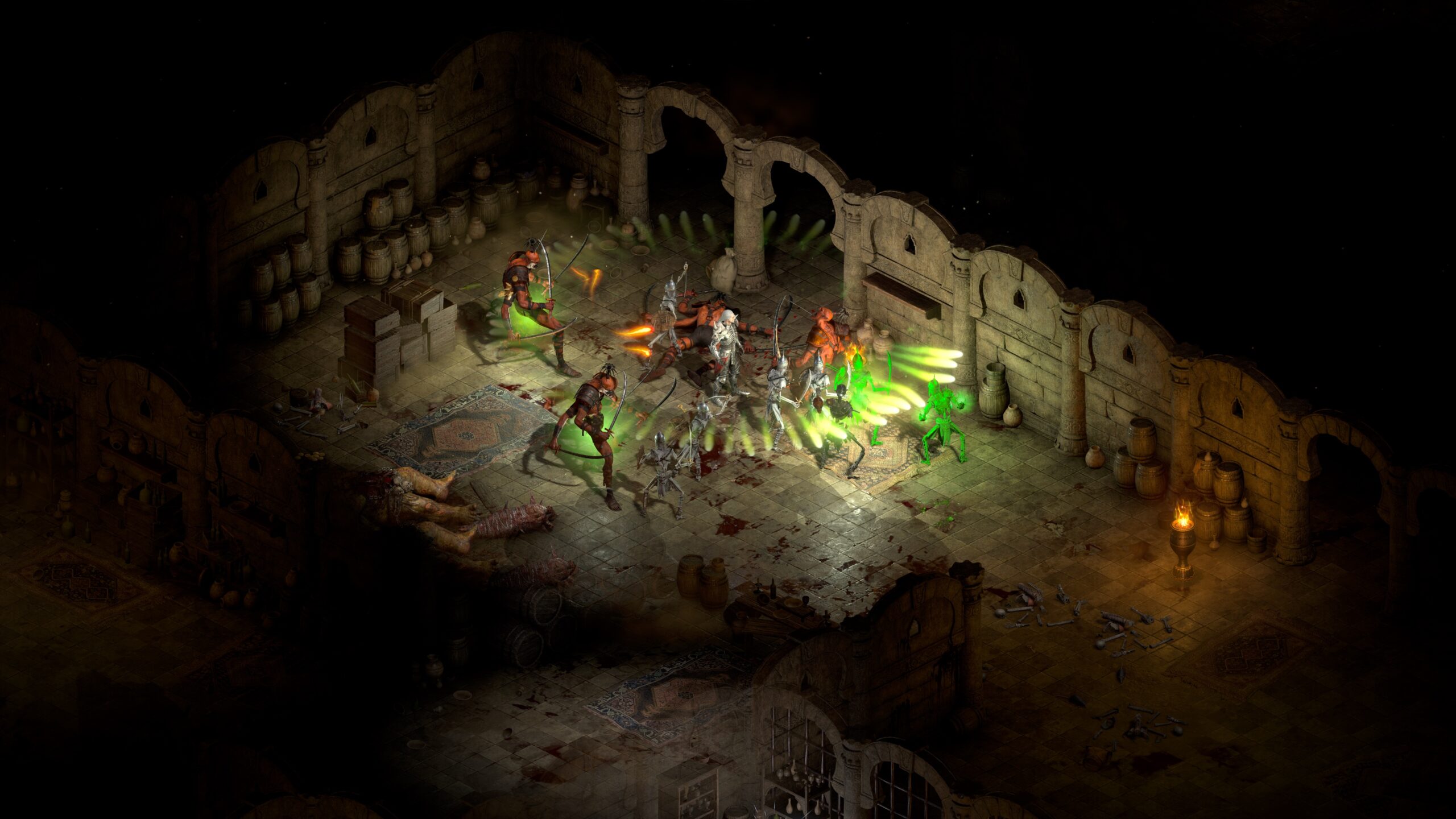 Because the game’s balance has been maintained from the original, boss encounters may wipe out your team in a matter of moves. The game’s roleplay components are mixed in with character stats, enabling you to customize your class to your liking. If you want to concentrate on magic, you might invest in abilities that enhance it. The problem here is that if you invest in bad skills, you will be stuck with a terrible choice, which will lead to tedious boss encounters. You’re better off staying with a balanced build to get to the end of the game. So, while there is an illusion of freedom here, it is only a semblance at best. The developers had the opportunity to address this problem with the game, but they chose to keep it as vanilla as possible.

Remember how I said the game isn’t favorable to newcomers? I was referring to unfair game balance when I said it. If you’ve played Diablo II, you may have a better sense of which class to choose and which skills to invest in, but a newcomer who jumps into the game intending to play through it is likely to get lost unless a guide is followed from the start. You do gain the ability to respec skills, but its use is limited, and by the time you obtain it, you will no longer find it helpful. 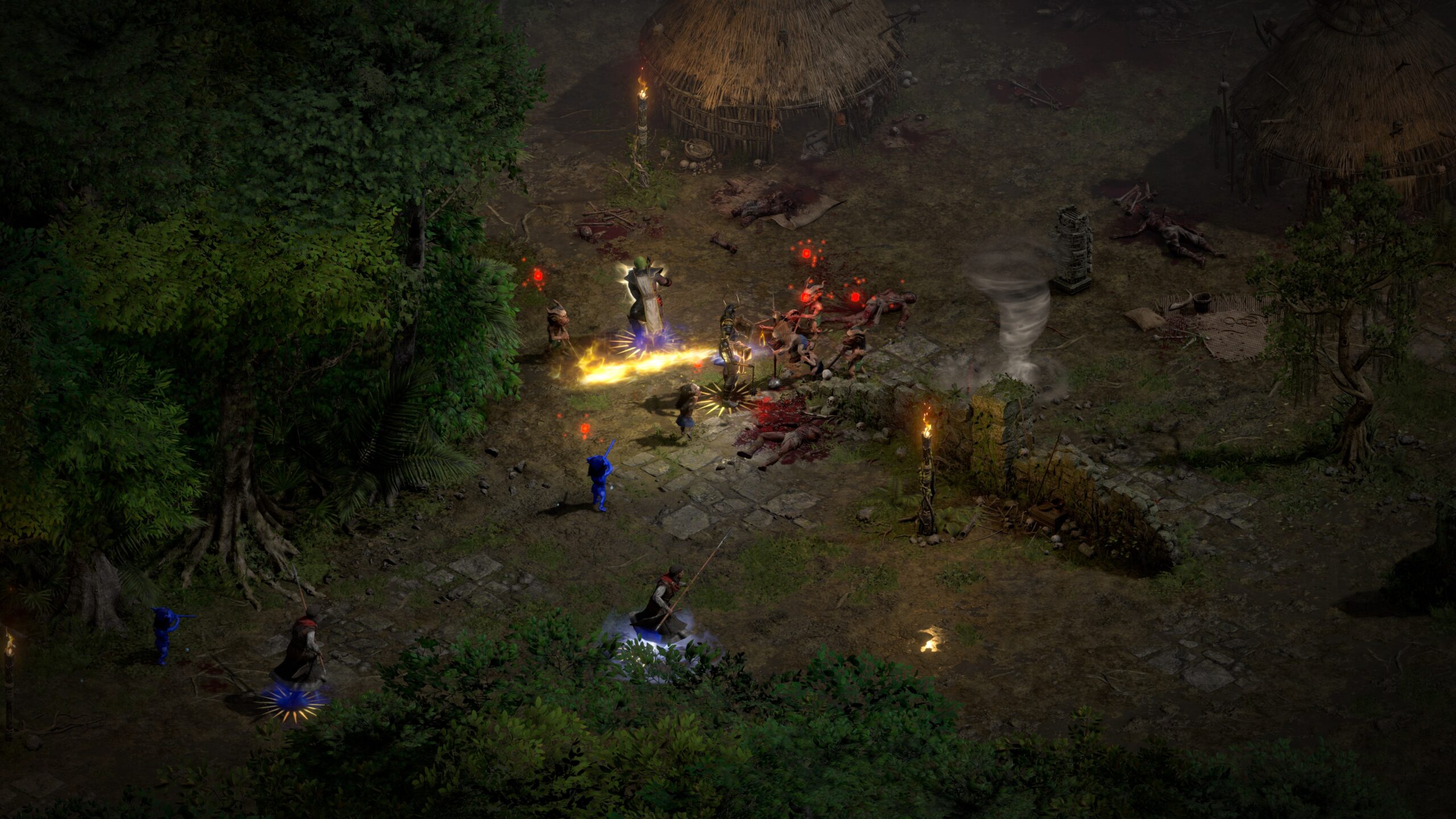 So, how do you rate Diablo II Resurrected? It’s a faithful remaster to the end. There are subtle quality-of-life adjustments like the way gold is picked automatically, or how inventory management has been enhanced so you don’t have to spend a lot of time hopping between characters to handle it. However, it is still a nearly two-decade-old game that was replaced by something greater with Diablo III. While I understand why the original game was kept untouched, if the gameplay enhancements and balance had been brought over, it may have led to more people enjoying the franchise.

Diablo II Resurrected required far more than a new coat of paint to be a better game on today's platforms, but it is still a must-play classic.

Diablo II Resurrected PS4 vs. Xbox One vs. Switch Comparison: Is It Playable On Switch?
Salal Awan October 6, 2021

Diablo II Resurrected PS4 vs. Xbox One vs. Switch Comparison: Is It Playable On Switch?