Doom Eternal is the sequel to the 2016 reboot for the series. It received plenty of praise from the critics and fans alike and this sequel is shaping up to be even better than the first game.

Bethesda Softworks dropped the release date for Doom Eternal during their E3 2019 press conference. It is now confirmed to launch on November 22, 2019, for PS4, Xbox One, PC, and Nintendo Switch. It is also confirmed to release for Google Stadia, which is a cloud game streaming platform developed by Google.

Doom Eternal will feature an all-new pulse-pounding soundtrack composed by Mick Gordon. Your main character is known as the Doom Slayer and all he can do is rip and tear the horde of demons that are invading Earth. The game is incredibly fast-paced with a pulse pumping soundtrack. 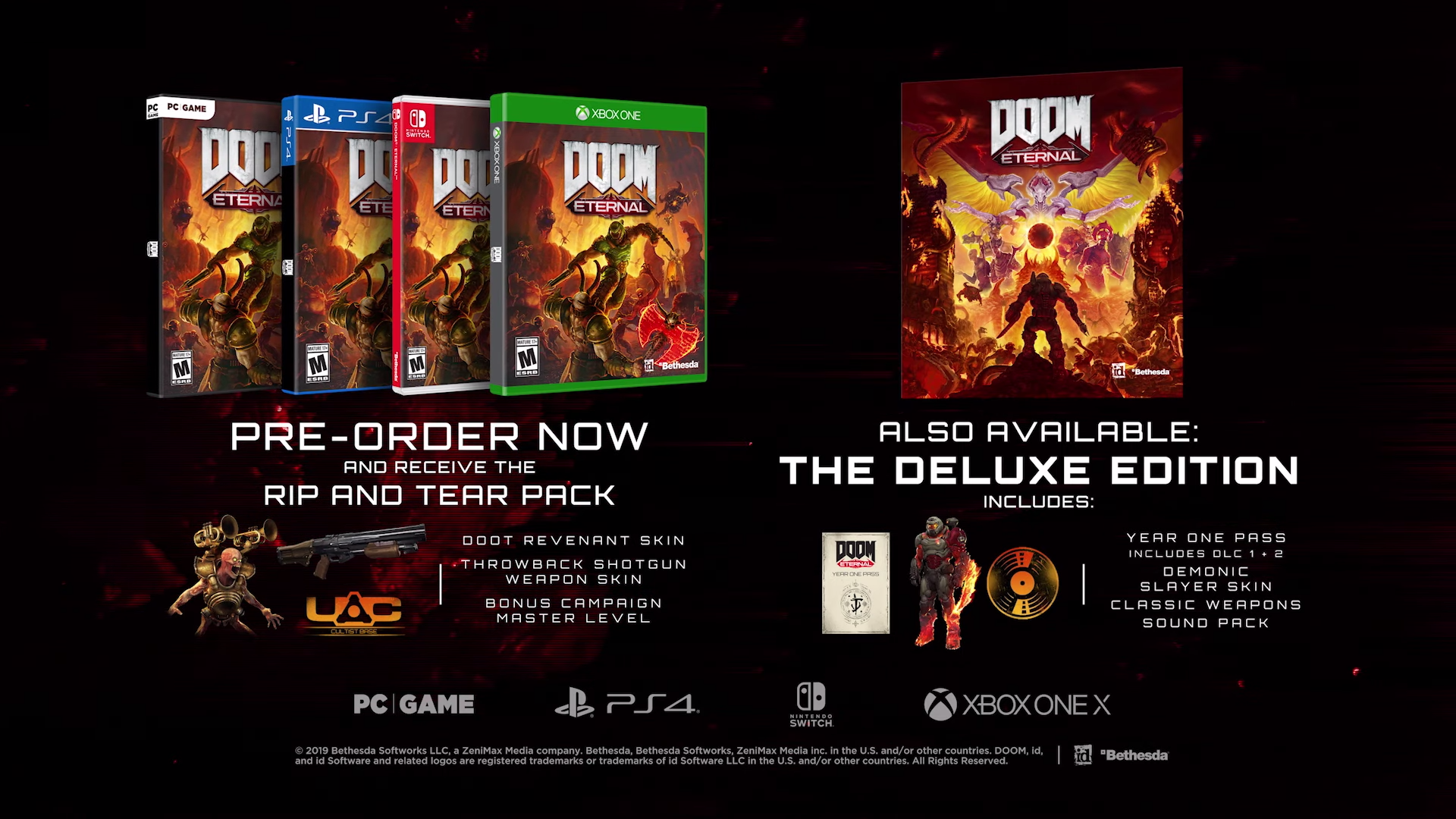