Fall Guys developer Mediatonci had cleverly hidden a clue almost a week before the game was announced for PS Plus but no one figured it out.

Fall Guys: Ultimate Knockout is one of the fee games that is coming to PS Plus on August 4th. The developer of Fall Guys, Mediatonic, had teased about the launch of the game on PS Plus in a set of tweets but apparently no one was clever enough to figure it out until the game was announced almost a whole week later.

This started on July 21 and 22 when the developers made a set of tweets. Since Twitter works out from top to bottom date wise, they clever timed the tweets. 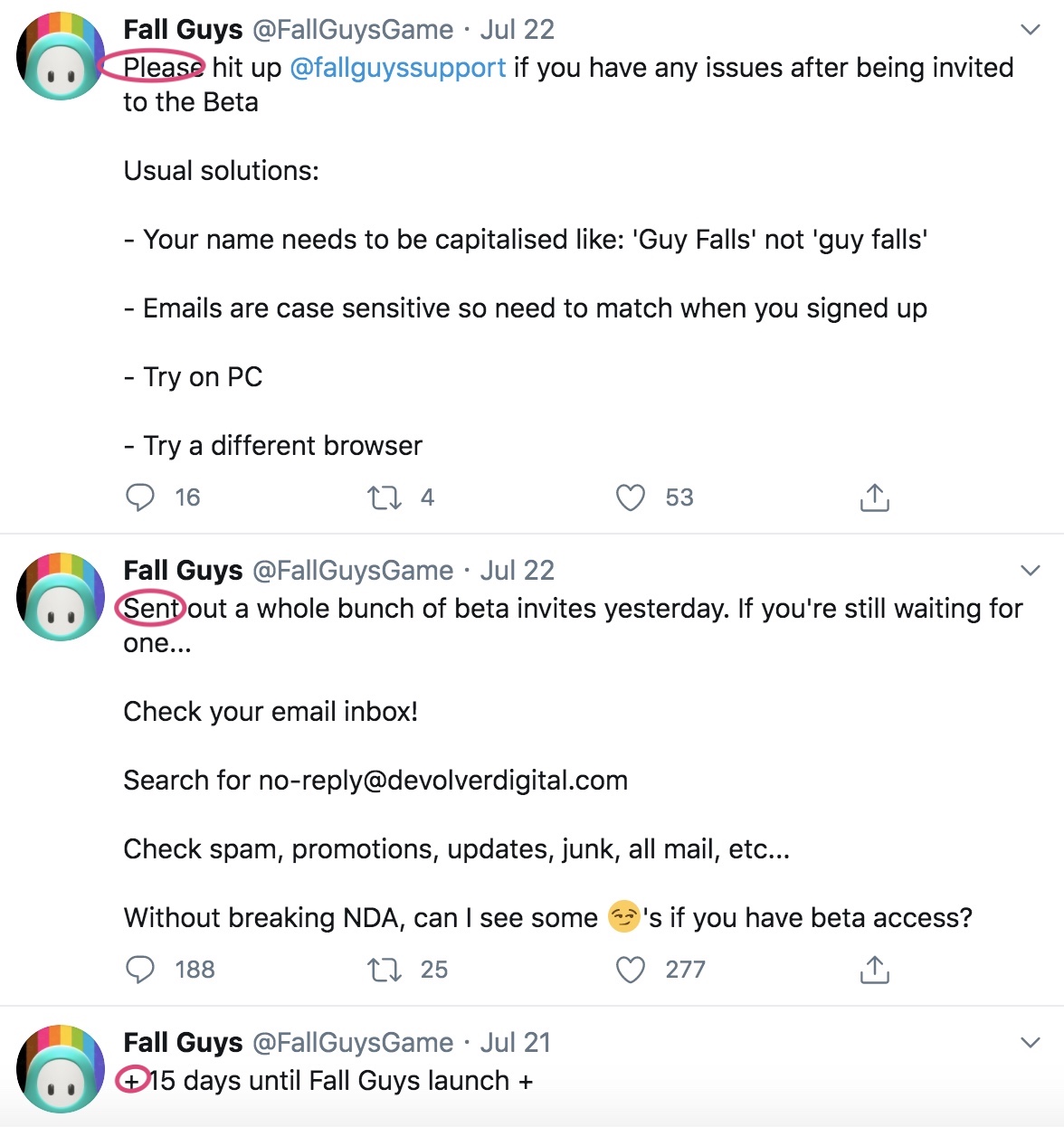 It was intentional as we saw with their follow up tweet that mentioned that the game is launching on August 4th, which is a Tuesday and common sense would suggest it is the time when a PS Plus game is available since it is the first Tuesday of a month. Unfortunately, no one was clever enough to pick up their clues until it was officially revealed as one of the games coming to PS Plus in August by Sony.

Previous Article
Games With Gold August 2020 Lineup Revealed and It Is Terrible
Next Article
Animal Crossing: New Horizons Update 1.4.0 Is Out Now, Here Are The Patch Notes