Microsoft has revealed the Xbox Live Games with Gold lineup for August 2020 confirming the games that will be available on the service.

For the month of August, two Xbox One games will be available to grab through Xbox Live Gold. They are Portal Knights and Override Mech City Brawl.

In addition to these two games, Microsoft is offering MX Unleashed and Red Faction II for the original Xbox. Both of these will be available to play on Xbox One through backward compatibility. 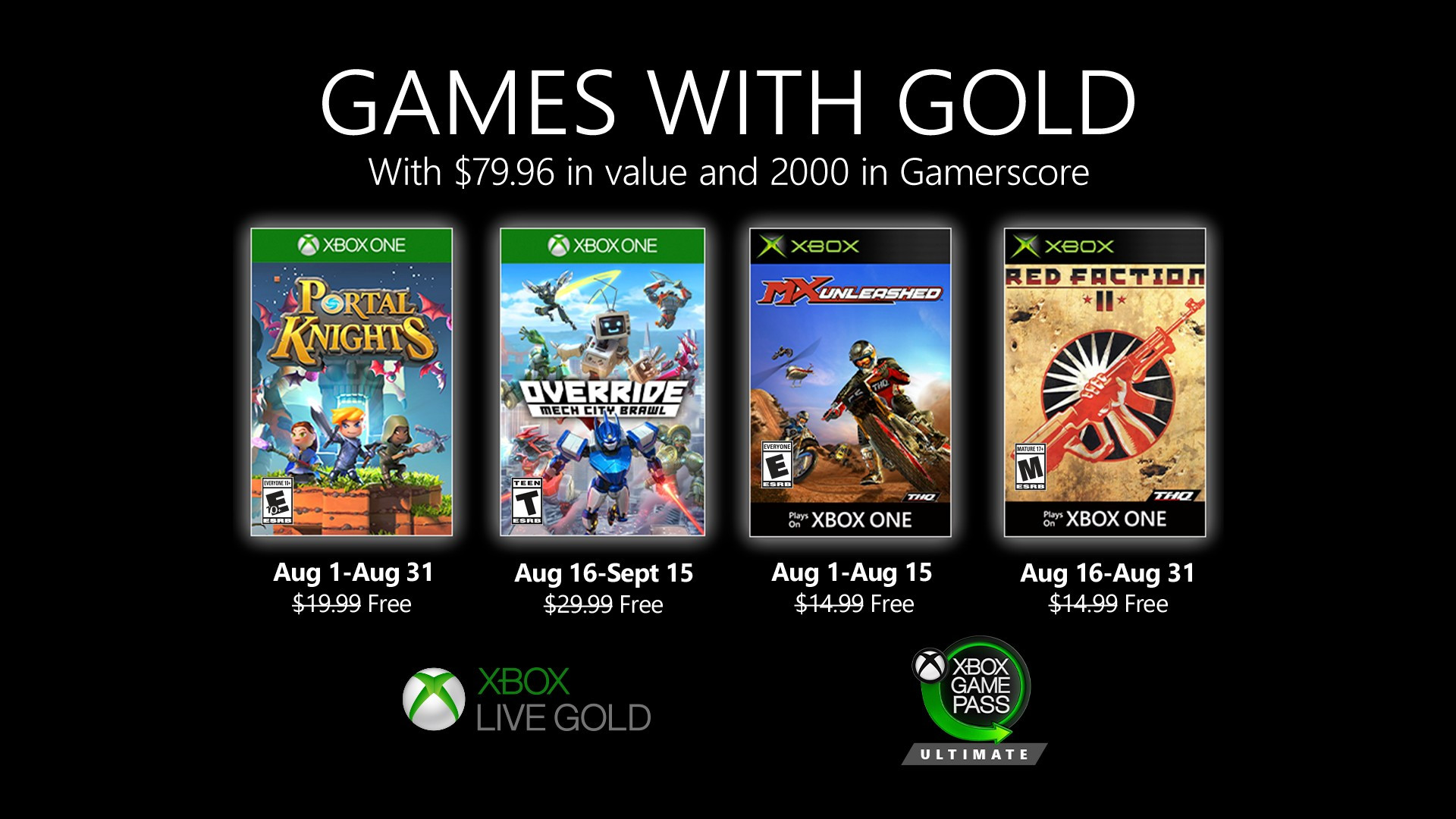 Have a look at the complete lineup for Xbox Live Gold users below.

Strangely, there doesn’t appear to be a game for Xbox 360 this time. The only ones available are for Xbox that should be playable for Xbox One users but this doesn’t explain the omission of Xbox 360.

Read More: Fast and Furious Crossroads Day One Update Is As Big As a Full Game

Sony has also announced its PlayStation Plus games lineup for August. If you want to check it out, have a look at our coverage on the games from here.

Previous Article
Nioh 2 Update 1.11 Is Out Now, File Size and Patch Notes Here
Next Article
Fall Guys Devs Had Already Leaked Its PS Plus Debut But No One Had a Clue