Fallout 76 has rarely been good news for Bethesda Softworks. The game was just a commercial and critical disaster that failed to resonate with fans as well. It is no surprise to see stores trying to clear out the excessive stock for it.

Fallout 76 has been sold in a bundle with the same price as a controller in Germany, so it can be considered as a free purchase with the controller. This is now continuing with another ridiculous deal that offers $5 Thumbsticks along with a free copy of Fallout 76.

This time, the deal was limited and available in Poland. A retail store was selling Speedlink Stix controller thumbsticks with a free Fallout 76 copy for just $5. However, this deal seems to have elapsed rather quickly even if the offer of a Fallout 76 copy is still available for it. 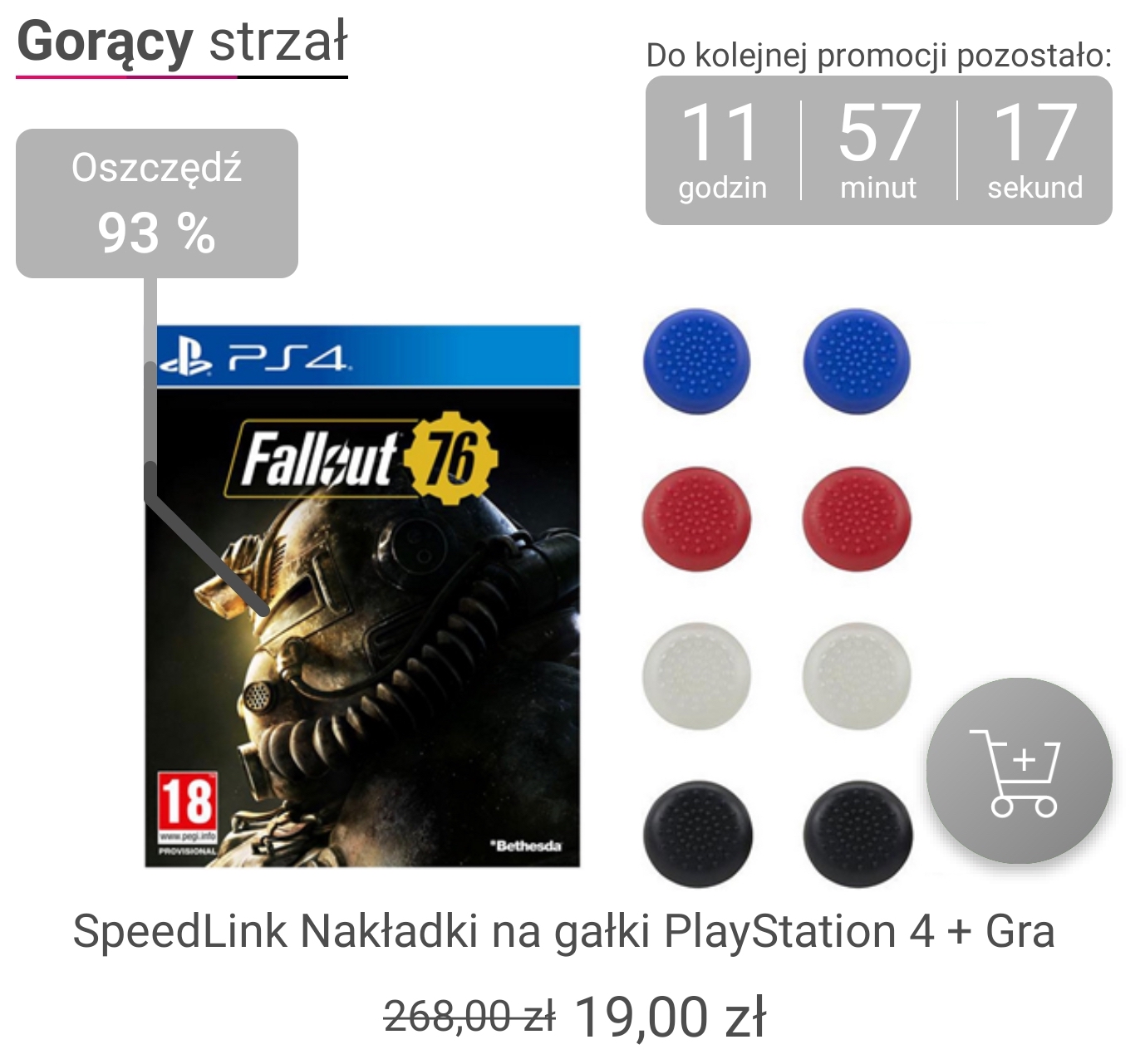 During this sale, the price of the game + thumbstick dropped to as low as $5 which is equivalent to around zł19. After the deal ended, it is back to zł268.

Fallout 76 is the first game in the series to focus on online multiplayer, which is different from the traditional single-player campaign offered by the previous games. It led to some backlash among the fans despite the assurance by Bethesda Softworks that the game will still offer a lot of classic Fallout moments, but with the launch, it was a complete disaster with many essential features missing. They are still working on improving it with post-launch updates.